The news is often full of alleged missing links between dinosaurs and birds or between man and ape-like creatures. It’s always informative to find out which sedimentary rock layers they were found in.

The news is often full of alleged missing links between dinosaurs and birds, like Archaeopteryx or Sinosauropteryx, or between man and ape-like creatures, such as Lucy (Australopithecus afarensis). Any time I read of a claimed transition between one kind of something to another kind of something, I love to find out what sedimentary rock layer it was found in.

Most of the time, secular reports give an “age,” not a rock layer. This age is an interpretation of a rock layer—keep that in mind. This age is not a measured quantity but an interpreted one (from chemical analyses or position in the strata sequence’s uniformitarian timeframe). And how is it interpreted? It is interpreted in light of millions of years being an absolute fact that cannot be questioned. So sometimes you have to do some searching to find out what rock layer the fossil was found in.

Sometimes you can do some “reverse engineering” by taking the age and back translating it to what rock layer the fossil was found in. For example, if someone says the fossil is 73 million years old, then this would be Cretaceous rock. See the chart below so you can reverse engineer these alleged ages to a rock layer. 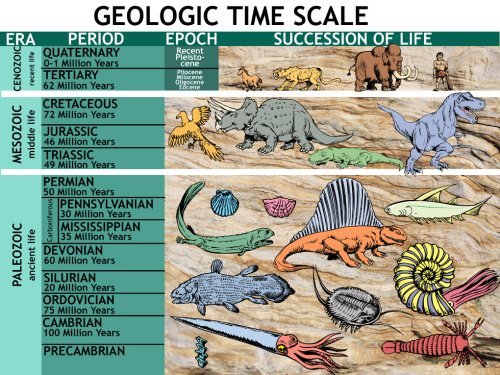 Duration of Time for Rock Layers by Secular Dating

Now why is this important? It obviously deals with the time issue in regards to the rock layers. But it is more than that. When people say they have found a missing link in the rock layers, it is typically sitting in Flood rock or post-Flood rock. See the chart below.1 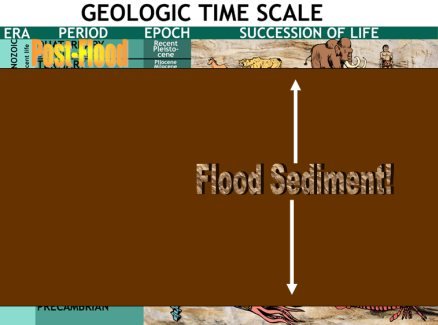 For example, Archaeopteryx and Sinosauropteryx are found in rock layers associated with the Flood. So how old are they? They are about 4,350 years old. Dinosaurs are also found in rock layers from the Flood, putting them around 4,350 years old too. Did one turn into the other during the Flood? Not at all. They were fleeing from and finally buried and fossilized in the Flood. In other words, they died at the same time.

Furthermore, consider that Lucy and other australopithecines are found in rock layers often associated with post-Flood rocks (e.g., volcanic layers erupted on top of Flood layers). How could such a thing be the ancestor to humans (or a close relation to the ancestor of humans) when humans, like Adam through Noah, already existed?

As Christians, we need to start thinking biblically. When you start with the Bible, sensational finds of missing links are easy to refute. The transitions don’t exist because the alleged missing link fossils are found in rock layers that were from the Flood or afterwards, which is well after people and the animals in question already existed.