Speedsters of the Serengeti

You donʼt need to be an expert to appreciate the fine details that make this sleek machine run.

Your feet pound the playground beneath you. Your arms pump back and forth. Your chest heaves in and out like a bellows. Faster, faster, faster! If you run fast enough, it feels like you could start flying. But Acinonyx jubatus laughs at your childhood footrace. He is the king of speed. You may know him better as the cheetah.

Cheetahs are the fastest land animals alive; everyone knows that. Everyone also knows why they run so fast—to catch their dinner. But before the Fall, there were no carnivores, so why would God design cheetahs for speed?

The simple answer is, all of today’s cats descended from the two members of the cat kind that were on the Ark. The cheetah’s phenomenal speed is one example of the variety God placed within cats to meet new challenges in a fallen world.

Besides, have you ever seen a cheetah run? It is a thing of beauty, elegance, and grace. That certainly displays God’s artistry, even in a fallen world. 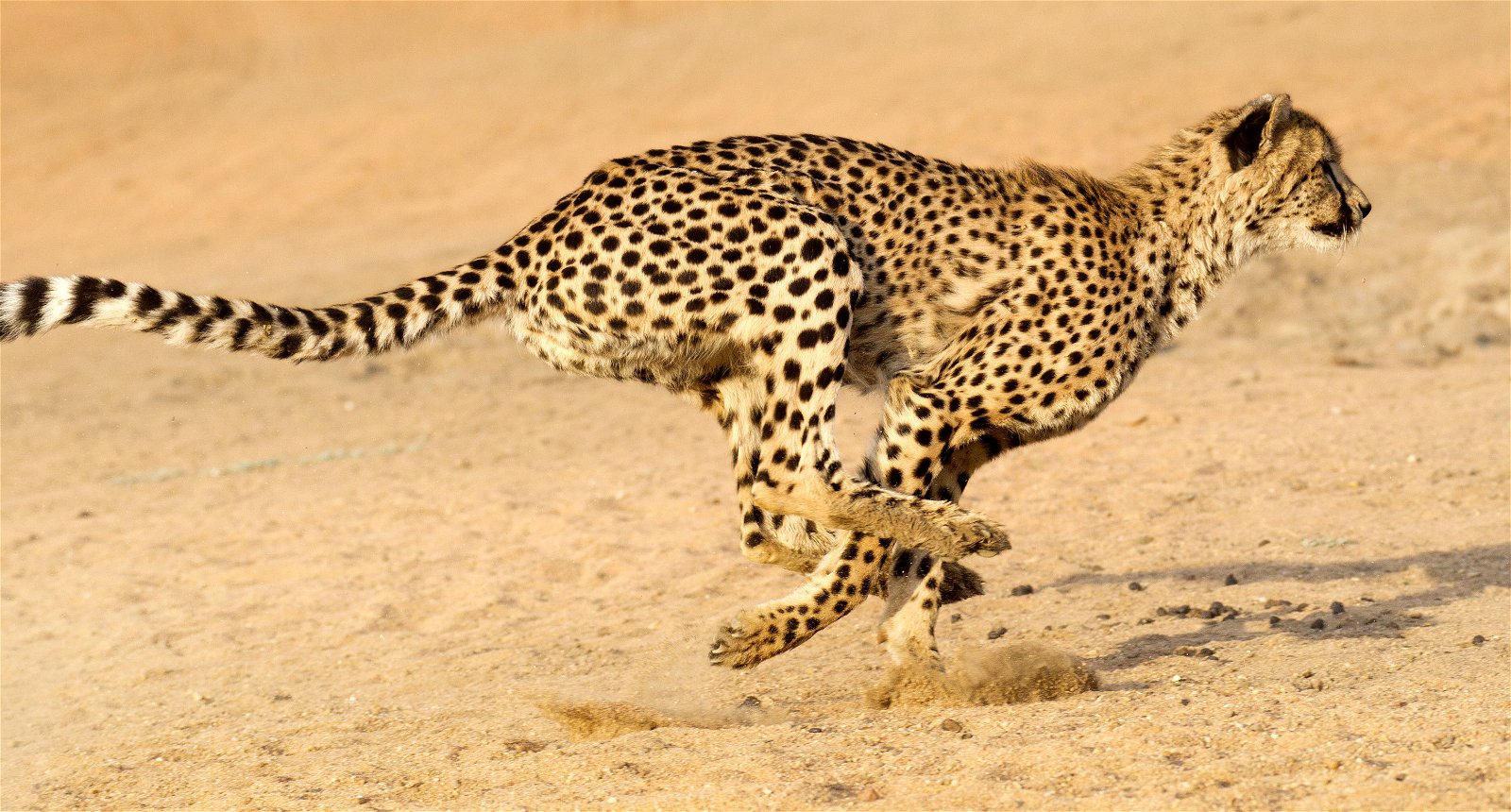 The cheetah’s spine is highly flexible, curving in and out with each stride, pushing the cat farther and faster.

Where does such breathtaking acceleration come from? Much of it originates in the workings of the cheetah’s spine. It is highly flexible, curving in and out with each stride, pushing the cat farther and faster. The vertebrae can even spread apart, stretching the spine and adding more length to each step.

A body built for speed needs power to match. God equipped cheetahs’ hind legs with a uniquely high percentage of fast-twitching muscle fibers. Then He gave them large hearts and lungs and extra-wide nostrils to keep those muscles well oxygenated.

Speed Is Not Enough

Intense speed comes with challenges. The first is eyesight. A blur of trees whipping by may look picturesque as you drive down the highway, but if you’re running headlong through the Serengeti, you need to see every obstacle clearly. So cheetahs’ eyes have extra neurons that help keep everything in sharp focus even at high speeds.

But without precision control, the sharpest vision in the world won’t do you any good, as you watch yourself crash in high definition. Cheetahs steer at those incredible speeds with the help of three specific body parts. The main one is their tail. Nearly the length of their body, the tail acts like a rudder on a boat. As the cheetah swings its tail around, it pushes the rest of the body in the right direction.

Control also requires traction. The cheetah’s traction comes from its semi-retractable claws and special footpads. The claws act like soccer cleats, while the footpads grip different types of ground like rubber-soled shoes.

Given its slighter frame, a cheetah would quickly lose any fight against a lion or even a pack of hyenas. Most other felines are nocturnal, napping through the day. So in order to avoid losing dinner to more aggressive animals, cheetahs are diurnal, hunting mostly in the mornings and evenings. Besides, running at breakneck speed in the dead of night would be a bit foolish.

God granted cheetahs specialized coloring for this daytime hunting. The uniform spots (each adult cheetah has around 2,000 total) provide high-quality camouflage as they creep about. The distinctive teardrop marking under their eyes and around their nose seems to function like a football player’s face paint: it reduces sun glare on those hot African mornings.

The Price of Speed

As their natural habitat has diminished in recent years, cheetahs’ distinction has become their downfall. Because of their extreme specialization for speed, cheetahs lack other survival skills. For instance, they can’t fight off more aggressive animals who want to steal their prey or harm their young. Their numbers are dwindling, and the population now suffers from genetic disorders caused by inbreeding.

Their endangered status reminds us that Adam's sin had terrible consequences. They make us long for the day when Christ will redeem all of creation from the Curse.

Yet for now, these prizewinning runners serve a majestic purpose. They're breathing portraits of the Creator's unmatched artistry and engineering.

Cheetahs are the only big cats to hunt regularly in the hot sun. Since they donʼt sweat like us, however, they spend most of their time chilling in the shade and panting their heat away.

Cheetahs cannot roar like lions or tigers. However, they can purr just like your darling house cat. 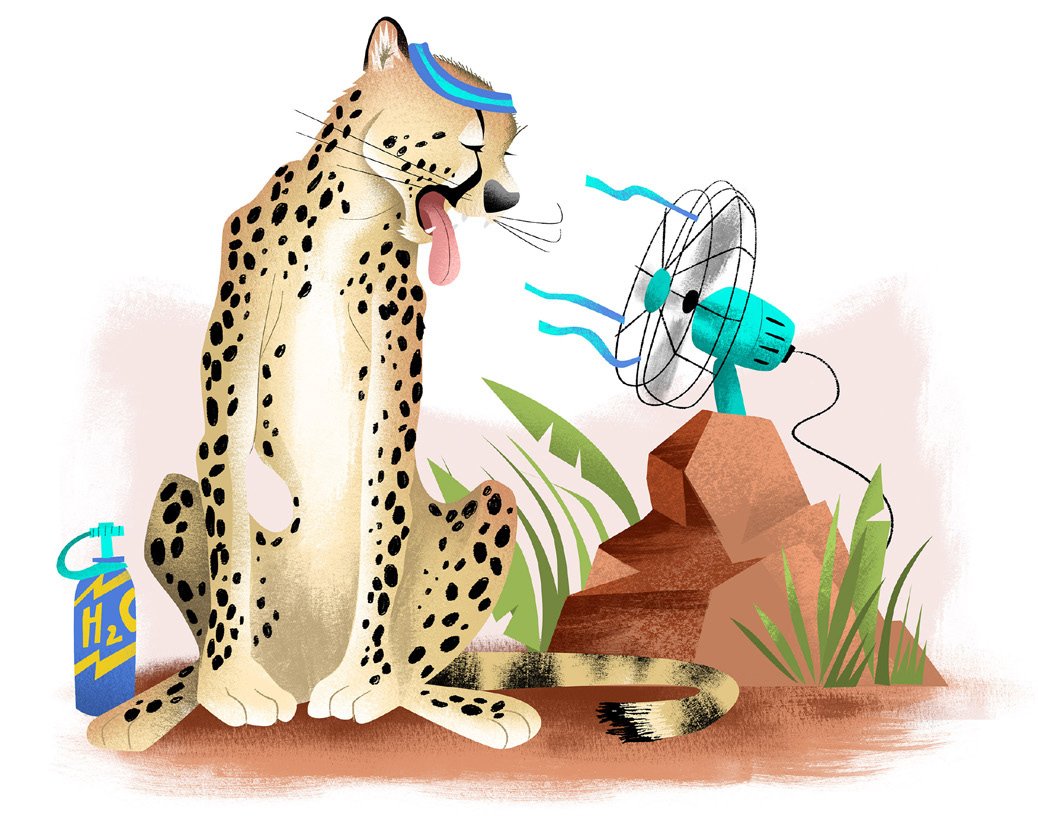 The slight build of a cheetah is wonderful for running quickly, but not for fighting. In fact, over 10% of their dinners get stolen by lions and hyenas. Since they are built for running, not fighting, dashing away is how they handle conflict.

In Ancient Egypt, cheetahs were kept as pets. Wealthy people trained them to hunt for sport, and they were in vogue for a long time. 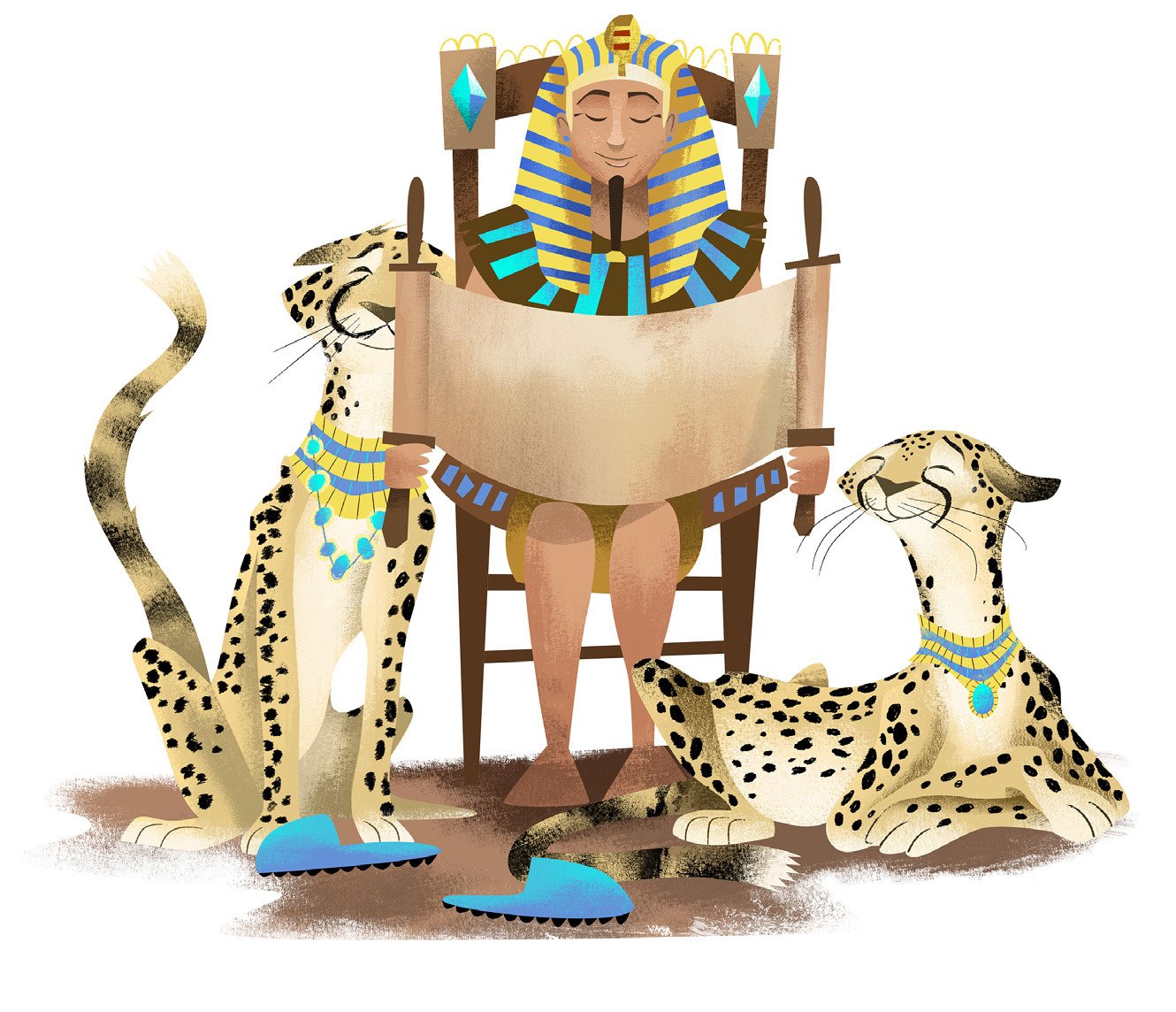 Heather Brinson Bruce earned dual degrees in English and chemistry from Clemson University. She writes for Answers magazine as a freelance author.
Next Article Underwater Christmas