Evolution is hard-pressed to explain this prickly little digger. That’s because the Creator made it like no other single animal.

You might think that spiky little animal waddling along the forest floor is a porcupine. But it has a long, sticky tongue and it digs for ants, so maybe it’s some kind of anteater. Nope? Well, it’s a mammal, at least, right? Wait—it lays eggs. Mammals don’t lay eggs. So what is this thing?

The echidna seems to break all the rules. It’s a mammal, but it lays eggs. It’s warm-blooded, but it has a low body temperature. It lives on land, but it detects food like some fish do. And, like so many other rule-breakers, such as the platypus, the echidna settled in Australia.

Evolutionists have always had trouble explaining how it’s related to any other animal. So instead, to explain its oddities they invoke “convergent evolution” (the belief that a similar “need” produces similar designs in completely unrelated animals). But creationists understand that the echidna’s traits point to a Creator who made many unique kinds of animals.

Short-beaked echidnas roam the wilds of Australia’s outback and range all the way up into the southwestern portion of New Guinea. Covered in hair with keratin spines all over their backs, these critters are about as big as a housecat, between 12 and 18 inches (30–45 cm) long, and weigh 4.5–15.5 pounds (2–7 kg). 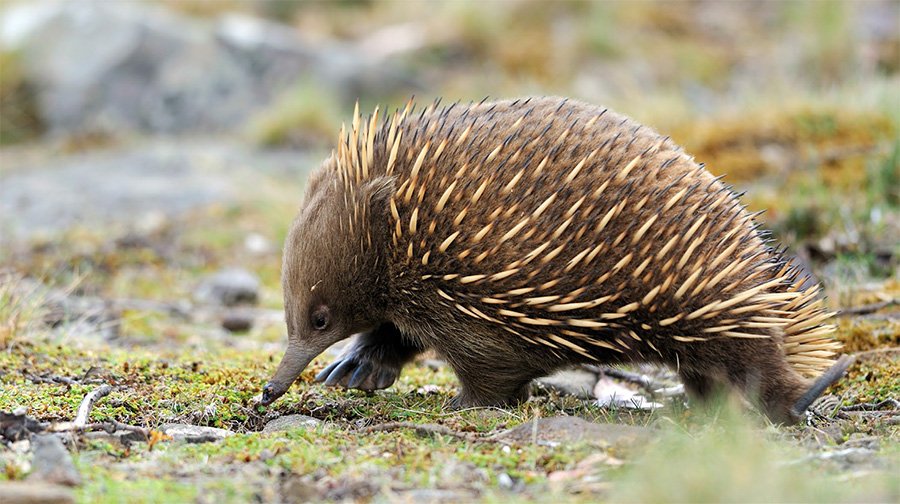 God gave the echidna nerves in its snout that detect electrical impulses from nearby ants, termites, and other potential snacks.

God designed the echidna as a digger, with powerful legs and strong claws. He also equipped it with special ear holes to help keep its ear canals clear of dirt. Finally, God gave it electroreceptors, like sharks have—nerves in its snout that detect electrical impulses from nearby wiggling snacks.

Echidnas burrow for their breakfast. With their sticky tongues and tube-shaped snouts, they gulp their grub of ants, termites, and, well . . . grubs. They don’t have teeth to chew their chow; instead, they mash it between hard pads on the back of their tongues and the roof of their mouths.

Digging does more than feed them. When threatened, echidnas quickly dig deep enough to protect their soft underside, leaving only their spiny backs exposed to predators.

So far, echidnas may seem nothing more than cute, if prickly, mammals. But things get stranger. Echidnas are monotremes; they belong to one of only two known mammalian families that lay eggs (the other is the duck-billed platypus). Monotremes display all the other features of mammals—they are warm-blooded vertebrates covered in hair or fur (or in this case spines made from hair), and they nurse their young. But instead of giving birth to live young, they lay eggs, as reptiles and birds do.

But don’t look for a nest of echidna eggs. The mother echidna “lays” her single, leathery egg in her own backward-facing pouch. There the baby, called a puggle, stays until it hatches. Then, for two to three months, the puggle attaches itself to specialized patches of skin inside the pouch that ooze milk. About two months old, the baby echidna starts growing spines, indicating it’s time for the mother to let it out into the burrow, returning to feed and care for it for another three to seven months.

Echidnas push the envelope of mammalhood to the edge of warm-bloodedness. They have the lowest body temperature of any mammal: 89°F (32°C). They regulate their core temperature much less rigidly, too. It can fluctuate by as much as eight degrees (5°C) throughout the day, and during hibernation, it drops even further. If your body temperature varies by more than about two degrees in either direction, you are sick. But this low body temperature is a key to the echidna’s survival.

Their variable body temperature allows echidnas to slip into and out of a hibernation-like state, called torpor, with remarkable ease to adjust to changing food supplies and catastrophes. Recently in a controlled burn at a nature preserve, the echidnas didn’t flee. Instead, they holed up in safe places, such as hollow logs, and waited it out. Afterward, scientists were astonished to discover that they went on with life as usual, except that they frequently went torpid for days at a time to reduce their need for energy while food in the area was still scarce.

Echidnas are just one example of how our Creator filled the earth with abundant, diverse, unique life that speaks of His handiwork, not evolution. These quirky little monotremes simultaneously demand and defy categorization. But whatever classification rules they may break, in demonstrating the creativity of our great God they obey His command, “Let everything that has breath praise the Lord” (Psalm 150:6)! 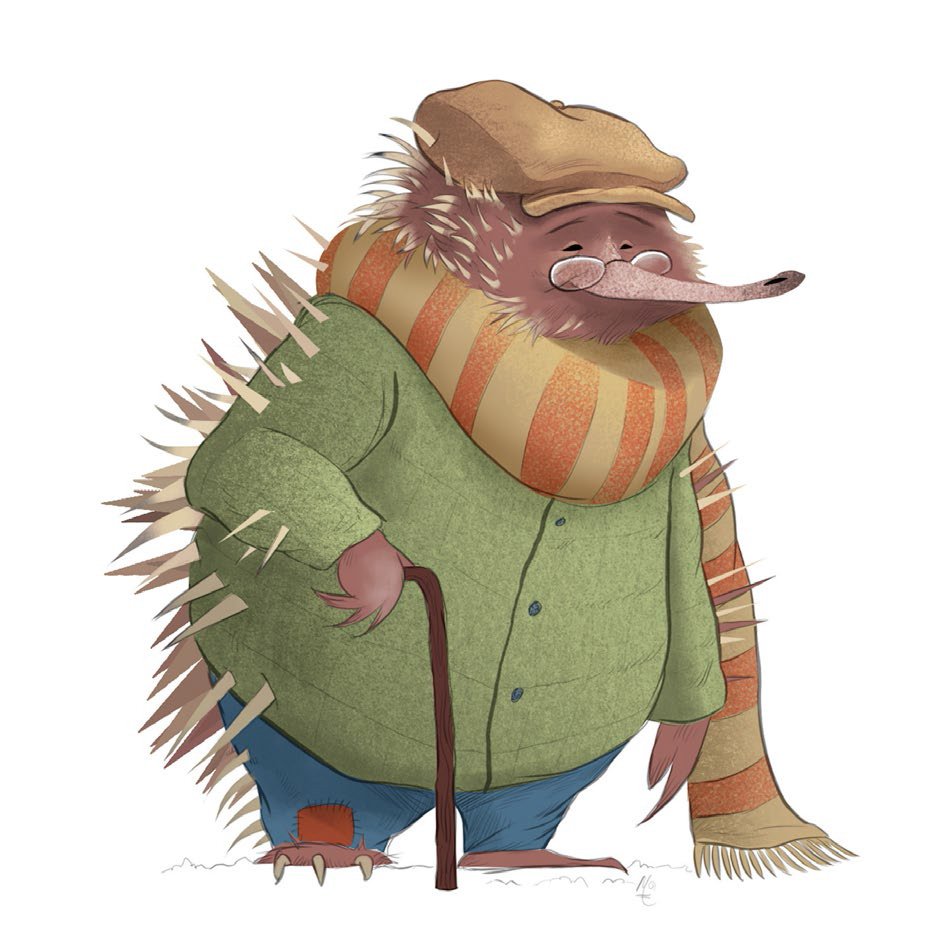 Echidnas are exceptionally long-lived. Their maximum lifespan—up to 50 years in captivity, and 45 in the wild—is nearly four times the lifespan expected for similar-size animals.

Echidnas are like platypuses in that they have electroreceptive areas on their snouts. They just don’t have as many—only 400–2,000 versus 40,000 on the platypus. These receptors allow them to detect electrical signals from nearby little creatures so they can find dinner even in the dark. Echidnas can cope with the toughest of situations by becoming inert and chilly. This state is called torpor and is like a bear’s hibernation. While experiencing torpor, an echidna can survive winter, lack of food, and even forest fires!

Over the course of a year, one echidna churns up 7200 cubic feet (204 m3) of soil. That’s enough to bury more than 100 full-size refrigerators! One effect of this extensive digging is that echidnas help continuously mix nutrients in the soil, keeping ecosystems thriving. 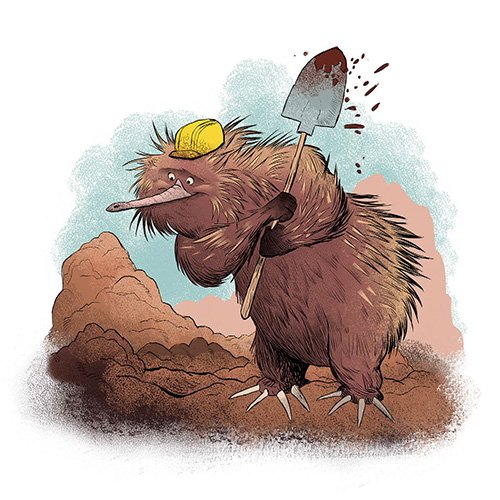 Heather Brinson Bruce earned dual degrees in English and chemistry from Clemson University. She writes for Answers magazine as a freelance author.
Next Article The Ultimate Electric Machine