Great Britain was once known for sending Christian missionaries all over the world. David Livingstone, William Carrey, and J. Hudson Taylor went to Africa, India, and China to spread the gospel to the ends of the earth. Before heading to the United States to help spark the Great Awakening, George Whitefield and John Wesley lit gospel fires across the United Kingdom. Earlier William Tyndale gave his life to translate and disseminate the Bible in English.

But the UK, once a light to the world, is now spiritually dark. Statistics show only 4.3% of the nation’s citizens attend church and 48.5% identify themselves as nonreligious.

Simon Turpin, a speaker and the new general manager for Answers in Genesis–UK, has a desire to see the gospel impact his country once again. Simon believes Christians’ inability to understand Genesis 1–11 is weakening their faith and undermining their witness to their lost countrymen. Simon grew up in a churchgoing home and knew the gospel. He assumed he was a Christian early on in his life but realized it was in name only and came to faith in Christ in his early twenties.

His concern about the church in the UK has grown, as he has realized the damaging effects of abandoning belief in biblical creation and instead accepting Darwinism and millions of years. “Although the UK never was a Christian nation, it certainly was Christianized in its values and laws. But the evolutionary ideas have changed the course of this nation.”

Simon cites F. Sherwood Taylor, a world expert on the history of science and curator at the Oxford Science Museum after World War II: “I myself have little doubt that in England it was geology and the theory of evolution that changed us from a Christian to a pagan nation.”

After his conversion, Simon wanted to serve the church, completing a BA in theology in 2010 and serving in church ministry for five years. But in working with people, he began to recognize the need for Bible-based apologetics if the church was to reach his country. This led him to finish an MA degree in theology. And in 2015, an opportunity opened for him to become a speaker at AiG–UK, known for its creation-based apologetics.

Simon trusts every believer can make a difference, no matter what their calling or place in life. The focus of the ministry is not evangelism directly, but to encourage and train Christians to become better evangelists—to show them how to defend their faith and expose the bankruptcy of evolutionary ideas, so they can use their understanding of biblical history to make sense of our world and explain everyone’s need of the gospel.

AiG–UK does this primarily through speaking at churches, conferences, homeschool groups, and creation groups—wherever they can help all around the UK and in Ireland. People are hungry for solid, practical teaching that connects creation and the Flood in Genesis 1–11 to our everyday lives.

At the UK Mega Conference this year in West Bromwich, West Midlands, more than 1300 people from all over came to understand more about how the creation message affects the gospel and can improve our witness.

In the two years since he started working for AiG–UK Simon has spoken to thousands of believers about the truth of God’s Word and has also had numerous opportunities to share the gospel with nonbelievers.

At every event, Simon talks to lots of Christians who “have a hunger for biblical truth. God has also answered prayer by opening doors for us to get into churches where the people have never heard a case for biblical creation.”

The UK ministry has six members on staff, all of them wholeheartedly dedicated to sharing the gospel and true message of creation. Office manager Gary Burchnall typifies the staff’s passion. Gary once openly denied the Creator. On a typical Sunday, he could be found drinking at a local pub.

“I was reckless, anxious, and utterly depressed,” he said.

But he noticed the joy and contentment of Christians he came into regular contact with. So he decided to try to be like a Christian and began attending church.

One Sunday the pastor preached on Ecclesiastes 12:1, “Remember also your Creator in the days of your youth,” and Gary said the “lights came on.”

“I now knew that I deserved absolute punishment for my many sins and for rejecting the Creator.” The church he attended stressed the importance of relating the gospel back to Genesis.

“Believing in a six-day literal creation right from the start of my Christian life was not a problem at all. Having had my eyes opened, it just seemed incredibly obvious,” he said.

Gary considers his position at AiG–UK a “great privilege.”

“Every day I ponder why God chose me out of the many thousands that drive past our office who are still without hope. This drives both me and the rest of the staff here to complete faithfully the work that God has given us to do.”

Yet the challenge is daunting. Even most conservative churches in the UK will not take a stand on the biblical account of Creation, the Fall, and the global Flood. In fact, most preach that God created the world through evolutionary means, if they talk about creation at all. So the key is to work with individuals, to see the light turn on and spread in God’s perfect timing.

Simon and the AiG–UK staff cling to the example of the book of Acts, where God spread the gospel and grew his church despite the adversity of a hostile, pagan culture.

“Whereas the culture may deny that they have a Lord over them, our duty as Christians is to proclaim Jesus Christ as Lord over us all.”

Voices of Truth in the UK

The Lord has raised up many voices to share the gospel—and its foundation in Genesis—to a nation that has turned its back on him. Among them are three associate speakers for Answers in Genesis–UK, who combine scholarship with a passion for Christ. 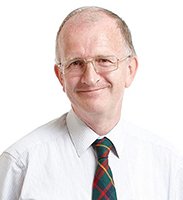 While studying mathematics in college, Andy read The Genesis Flood. It opened his eyes to the evidence around him and changed the direction of his life.

He went on to get a doctorate in blowing things up (combustion theory). A professor at Leeds University (now retired), he has earned many patents through his research on the bombardier beetle, which shoots out explosive gas. Now he travels Europe to encourage others to trust the Creator’s Word and the gospel. 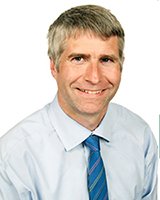 Britain’s cyclists won six Olympic gold medals in 2016, in part because of a drivetrain developed by a creationist and his team. Stuart Burgess believes his calling, as a professor of engineering design at Bristol University, is to work hard doing “proper science.”

Stuart has also designed key technology for the European Space Agency. But his burden is to share how “my own experience in the laboratory shows me every day that there is evidence of design in creation.” 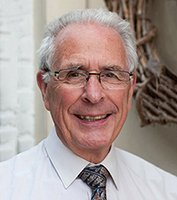 Brian came to know the Lord as a teenager in Kent, and God called him to preach the gospel. At first he accepted theistic evolution like nearly everyone around him. But further study showed him that this idea is not compatible with Scripture.

Though a busy pastor, Brian has traveled to over 500 churches and written 20 books to spread the truth of God’s Word, including Genesis as it impacts many areas, such as archaeology, one of his specialties.

Best of British Bible and Science Conference—Excerpt from Adam: The First and Last

Dr. John Whitcomb explains the timeless truths that will help us reach the next generation with God’s message of redemption.