Grounding the Gospel in Genesis

Our Conversation with Simon Turpin

Simon Turpin joined AiG–UK as executive director, speaker, and author in 2015 after previously serving in church ministry for five years. He holds a BA in biblical studies and an MA in theology and is passionate about sharing the importance of creation apologetics, biblical authority, and the gospel with the people of Great Britain. 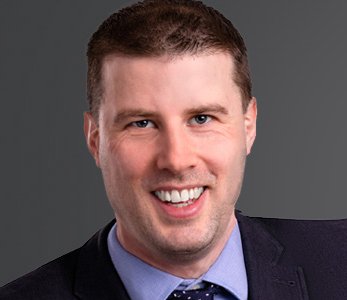 What is creation evangelism?

The Bible tells us that through creation God has revealed himself to all people. Creation evangelism is communicating the truth of the gospel in a way that connects to the truth God has already communicated through the general revelation of creation (Romans 1:20). For example, the DNA molecule shows clear evidence of design. In fact, in his book The Blind Watchmaker, famous atheist Richard Dawkins stated, “Biology is the study of complicated things that give the appearance of having been designed for a purpose.”1 Because of his atheistic worldview, Dawkins has to say that DNA only appears to be designed. But we know that DNA carries complex coded information that cannot be generated by mindless natural processes, but only by an infinite intelligent source: God.

What is your favorite example of creation evangelism?

My favorite example of creation evangelism is known as subversive fulfillment. Subversive fulfillment originates from Romans 1:18–32 as the foundation for creation evangelism, which Paul puts into practice in Acts 17:22–31. The gospel is subversive because it contradicts and confronts all unbelieving worldviews. It calls for repentance from idolatry and obedience to the true and living God (Acts 17:30, 14:15; 1 Thessalonians 1:9). But it is also the fulfilment of what these unbelieving worldviews seek. Since the idol-like gods of these worldviews are counterfeits of the one true God, the questions the worldviews ask can only be answered by the true and living God. The subversive fulfillment approach can be practically applied in conversations by following three steps: exploring the truth that has been distorted; exposing that distortion; and then evangelizing by showing how the gospel alone offers the true answer.

Is creation evangelism used only to reach lost people?

No. Evangelism for Paul was about much more than initial salvation. He wanted believers to be discipled as well as to fully know and be obedient to the gospel message (Romans 1:5, 16:26). For those Christians in Rome who came from a Greco-Roman background, it was important that they not only understand that the God of creation has clearly revealed himself from the beginning in Genesis 1, but also that people sinfully suppress that truth and create idols for themselves instead of worshipping the one true God (Romans 1:18–23). Paul wanted them to understand the foundational history in Genesis so they could fully grasp the gospel message. They needed to remember that the only way for a person to be liberated from the reign of sin, brought into the world by the first man Adam, is through the righteousness bought by the obedience of Jesus (Romans 5:12–21).

Are we adding to the gospel when we practice creation evangelism?

Creation evangelism is not adding to the gospel; rather, it grounds the gospel message in its overall biblical context by adhering to its biblical foundation for the gospel. In Colossians 1:15, Paul’s reference to “image” harks back to Genesis 1:26–28 when God made the first man and woman in his own image. This image, however, has been distorted by the fall. Yet through the proclamation of the gospel, the image in the life of the Christian is “being renewed in knowledge after the image of its creator” (Colossians 3:10).

Is creation evangelism a one-size-fits-all approach? Or is it important to tailor your message to your audience?

It is always important to recognize your audience, just as Paul and Barnabas did. When they visited Lystra and spoke to pagan farmers who worshipped other gods, they gave a basic appeal to God’s revelation in creation (Acts 14:15–18). But when Paul stood before the Greek philosophers in Athens, he not only appealed to God’s revelation in creation but also addressed the teachings of their poets (Acts 17:27–31).

What particular challenges do you face in the UK, birthplace of Charles Darwin?

“While speaking at numerous churches across the UK over the last five years, I have seen that the ones that employ creation evangelism have the greatest impact in reaching their communities.”

Surveys show that in the UK today, 71% of people accept Darwinian evolution as fact. This has helped lay the foundation for unbelief in the UK and led many Christians and churches to adopt evolution and millions of years into their thinking. This naturally makes them less effective in their gospel witness and open to accepting other unbiblical teachings. However, while speaking at numerous churches across the UK over the last five years, I have seen that the ones who employ creation evangelism have the greatest impact in reaching their communities.

What is the biggest challenge for people trying to use creation evangelism?

In the UK, the biggest challenge is that so many churches have already accepted theistic evolution or old-earth creation (mixing evolutionary religion with Christianity). Because of this compromise, many Christians are simply unaware of how the foundational history in Genesis 1–11 is key to understanding the redemptive gospel of Jesus we see in the New Testament. Therefore, they have no foundation and see no reason for using creation-based evangelism. Let’s pray that God will raise up more preachers who are eager to remind their congregations about the importance of biblical history when defending their faith.