on March 21, 2016
Featured in Thinking Outside the Box
Share:
Email Using:
Gmail Yahoo! Outlook Other

Skeptics frequently use dinosaurs to mock the biblical account of the Ark and the Flood. As we prepare to open the Ark Encounter on July 7, many people have wondered if we will have dinosaurs at the attraction in Northern Kentucky.

We point out that the Lord sent a pair of each unclean, air-breathing land animal to the Ark for Noah to care for and release into the post-Flood world. Dinosaurs fit this description, so they would have been included on Noah’s manifest. How could these enormous creatures have possibly fit inside the Ark?

Part of the answer to this question lies in the fact that the Ark was huge—large enough to hold the contents of more than 450 semitrailers.

We must also consider the size of the dinosaurs. Even the ginormous sauropods and the mighty T. rex started out in eggs roughly the size of footballs. The juvenile beasts would not take up too much space. Another possibility is that smaller varieties within the given kind could have been brought on board.

Finally, we need to estimate how many dinosaur kinds existed. Over a thousand dinosaur species have been named, but many of these belong to the same kind. Since we are using a worst-case approach regarding the number of animals on the Ark, we have decided to use the family level of classification as the rough equivalent of the biblical kind. Without living dinosaur representatives, we cannot know whether certain types could interbreed, so there may have been as few as about 50 kinds or as many as about 90 kinds of dinosaurs. 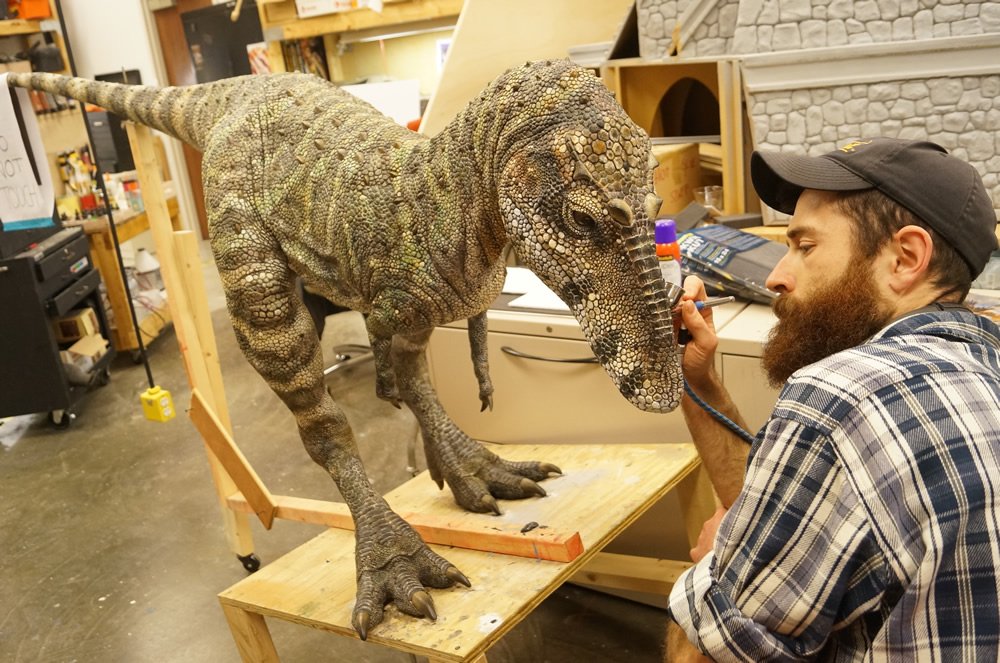 This dinosaur sculpted by Joel Briggs will be going inside the Ark Encounter.

Previous Article What Became of Noah and His Wife?