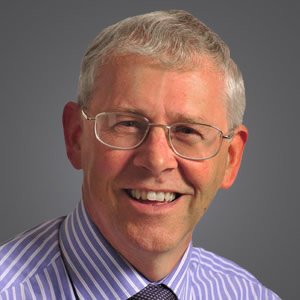 Prof. Steve Taylor uses his extensive technical experience to consider the evidence for a Creator.

Although raised in a good home, like many young teenagers I rejected the idea of God and would at one point have called myself an atheist. Through the witness of my older brother and through a friend at high school I became a Christian, by seeking forgiveness for my sins and committing my life to the Lord Jesus Christ in a simple prayer. Although aware of the apparent contradiction between science and the Bible, the fact that Jesus Christ believed in the Genesis account as historically true was enough to convince me as a young Christian that I should accept it also! The disciple is not above His Lord. Many years later, I am more than ever convinced not only of the truth of the Christian Gospel, but also of the harmony between the biblical revelation and true science.

After training and working as a graduate Design Engineer, Steve Taylor joined the staff of the University of Liverpool in 1979. He undertook a Masters degree and then PhD programme and was appointed to a lectureship (Assistant Professor) in 1987, and Professor in 2011 with specialist interests in nanotechnology, electromagnetics and mass spectrometry. He is a Fellow of the Institute of Physics and also of the IEE, and has published over 280 papers in the open scientific literature. He currently is head of the Mass Spectrometry Research Group in the School of Electrical Engineering, Electronics and Computer Science and was awarded a DSc for his work in portable mass spectrometry in 2013. He hold seven patents and is founder and director of a of University spin out company in this technical area.

Married to Anne in 1984, they have four children. Steve serves as an elder in his local church where he enjoys preaching. For many years Steve and Anne have been involved with Young Life and serve on United Beach Mission teams in the summer.

“Science and Christianity – are they friends or foes?”

“Accident or Design – how did we get here?”

All three presentations above were televised by Christian Television Association (CTA) in 2013 and are available via http://www.cta.uk.com.