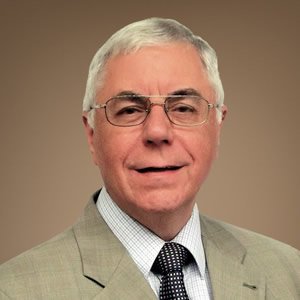 Preacher and author Rev. Ian McNaughton is fully resolved in his belief that the Bible is the Word of God being true from the very first verse in Genesis 1.

Rev Ian McNaughton DipTh, ThM (Westminster Theological Seminary, Philadelphia), is Chairman of Answers in Genesis (UK/Europe) and has been an Answers in Genesis UK board member since 1993. He has served in evangelical Protestant Pastorates in Scotland and England since 1977 and has travelled widely in Eastern Europe preaching and teaching. Rev McNaughton is fully resolved in his belief that the Bible is the Word of God being true from the very first verse and fully reliable in fact as well as doctrine. As a pastor/theologian he is fully aware of the folly of denying the truths of the Word of God leading to the acceptance of unproven scientific models and unbiblical hypotheses which results in unbelief and he is conscious of the trend in some ‘evangelical’ circles which promote a low view of the Holy Scriptures. He has produced works including the co-authored book, Darwin & Darwinism: 150 years Later (dealing with the topics of Darwin’s worldview, six-day creation and theistic evolution) and three Opening-Up commentaries: Colossians and Philemon, 2 Thessalonians, and Job. He has published creationist literature in Albanian, Hungarian, Romanian, and Czech, and has also had articles published in Reformation Today and Evangelical Times.