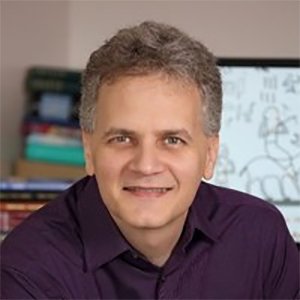 Originally from Ohio, Dr. Petrovich has been involved in Christian service and various educational institutions since the 1980s, and he has taught over 30 different courses. He led the founding of a seminary in Akademgorodok (Russia), called Novosibirsk Biblical-Theological Seminary, and served as Academic Dean and Assistant to the President for 10 years. He taught Ancient Egypt at Wilfrid Laurier University (Waterloo, Canada). Dr Petrovich currently teaches Ancient Near Eastern languages and biblical exegesis, Ancient Near Eastern history (including archaeology, epigraphy, and iconography), Egyptology, and biblical (lower) textual criticism at The Bible Seminary in Katy, Texas.

His groundbreaking research on the reading of inscriptions of the earliest alphabetic script led to the publication of his book, The World’s Oldest Alphabet: Hebrew as the Language of the Proto-Consonantal Script, and his publications can be found on his academia.edu webpage. Dr. Petrovich’s research interests include biblical history and exegesis, Egyptology, and Ancient Near Eastern history (including archaeology, epigraphy, chronology, and iconography). He and his wife, Sherri, have three children.