Should Animals Have Equal Rights as Humans?

It’s not uncommon to see animals exalted and valued far above humans. Animal rights groups, such as PETA (People for the Ethical Treatment of Animals), vehemently fight against the use of animals for anything, saying things such as, “Animals are not ours to eat, wear, experiment on, use for entertainment, or abuse in any other way”1 and “When it comes to pain, love, joy, loneliness, and fear, a rat is a pig is a dog is a boy. Each one values his or her life and fights the knife.”2 What should a Christian’s response be to these arguments?

If Humans Are Just Animals Then . . .

Well, it’s important to first note the inconsistency of most animal rights groups. These groups claim to be against animal abuse, but are these same people against the abuse of millions of children who are brutally murdered in their mother’s wombs through abortion?

It’s rather ironic that in PETA’s evolutionary worldview humans are just animals, yet PETA does not petition against the “animal cruelty” of killing unborn children. And what about a Save the Tapeworms Society or People for the Preservation of Fruit Flies?

If all life evolved, shouldn’t these groups be against killing these creatures too? Yet most animal rights groups are not trying to preserve pests like these. This highlights their inconsistency. And if they are evolutionists, then all life, animals and plants, are related in the one big supposed evolutionary tree of life. So what about rights for plants too?

Now some animal rights people claim they are Christians. If so, then they need to understand that God gave man dominion over creation (Genesis 1:26), including over the animals. This dominion does not mean we can deliberately abuse, neglect, or harm creation, but rather, we’re to use what God has made for our good and His glory. In Genesis 1:29 and 30, God told man to eat plants/fruits. But in Genesis 9:3 after the Flood, God said we could eat all things (plants and animals).

Animal rights groups really want animals to have dominion over man. Yet, ironically, most would claim that man is just an animal. So if they want equal rights for animals, what rights should humans have if they believe man is just an evolved animal?

For example if animals kill other animals, do animal rights groups think humans (if we’re just animals) should have equal rights to kill too? Why should we be held to some higher standard or different moral code from other animals?

If animals steal from other animals, do animal rights groups think humans (if we’re just evolved animals) should have equal rights to steal? What about incest, cannibalism, or infant abandonment? Why are these things wrong for humans but not wrong for “other” animals? If animal rights activists were consistent, they should argue that it is okay to steal from animals, kill them, and eat them—since this is what we regularly observe in sin-cursed animals anyway.

Where Do Rights Come From?

If animals are no different from humans, then why aren’t roundworms making the argument for animal rights, instead of people? We don’t observe the organization of roundworms called the Roundworms for the Ethical Treatment of Animals or RETA. In the animal rights activists’ heart of hearts, they know man is above animals. What they don’t know is why. It is because man is made in the image of God (Genesis 1:26–27).

Those who start with an evolutionary view of mankind have no absolute basis for morality. Because they have no foundation, they are forced to construct a moral code that is “right in their own eyes” (Judges 21:25). This leads to all kinds of inconsistencies.

Evolutionists arbitrarily create or hold to a moral code for humans—which, in their view, includes not using anything that comes from or was even tested on animals—yet they believe we are just animals. So why should we be held to this arbitrary standard that no “other” animal is held to?

After all, no one blames a lion for ripping apart a gazelle, or a hyena for trying to steal the carcass, or microbes for finishing off the gazelle’s remains. But somehow humans are arbitrarily viewed as different despite the insistence that we aren’t different. 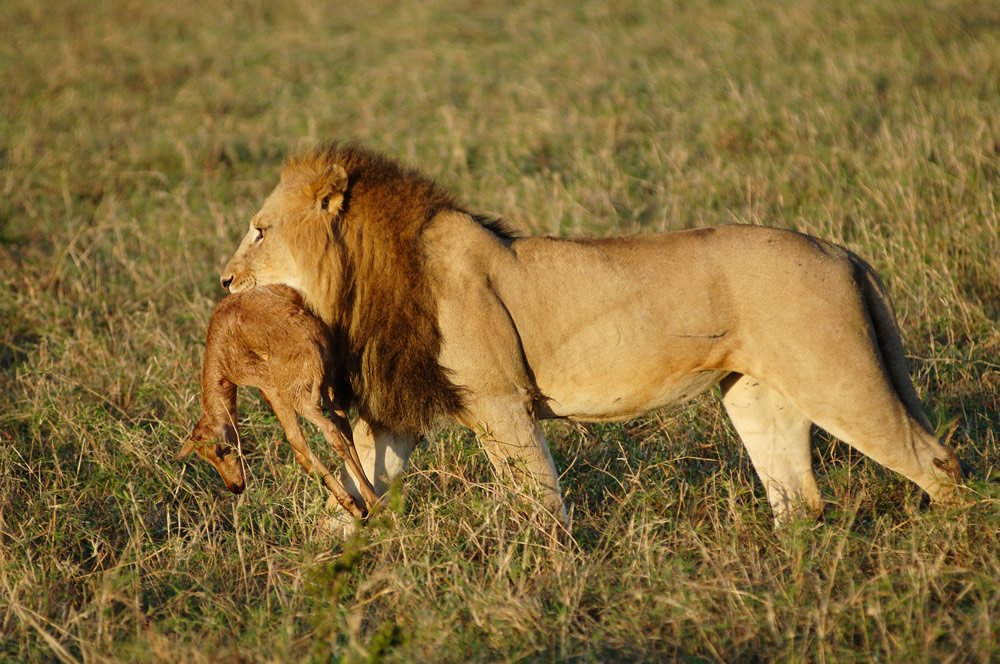 Consider if evolutionary animal rights groups are right in saying there is no distinction between man and animals.3 Then what is to say there is a distinction between animals and plants? Perhaps the argument should be to also refrain from any plant use. It wouldn’t take long for the animal/plant rights activists to die of starvation.

An evolutionary view of mankind and morality leads to inconsistency and confusion.

An evolutionary view of mankind and morality leads to inconsistency and confusion. It’s only when we start with God’s Word that we get a firm foundation for morality. We are not animals; we were specially and uniquely created in the image of God, separate and distinct from the animals (in a similar fashion, animals are not created like the plants either).

We are morally accountable to our Creator, and His Word has provided us with clear guidelines of how we are—and are not—to behave. Murder and theft are wrong because our Creator has decreed that we are not to kill (Genesis 4:8–11; Exodus 20:13) and we are not to steal (Exodus 20:15). Eating meat is not morally wrong because, after the global Flood, God gave mankind permission to eat meat (Genesis 9:3). Jesus Himself even ate fish (Luke 24:41–43) and partook of the Passover lamb (Luke 22:7–22).

We are not left drifting in an inconsistent moral sea of man’s opinions. Starting with God’s Word, we have a firm foundation for morality.

“Let Them Have Dominion”

Most animal rights groups start with an evolutionary view of mankind. They view us as the last to evolve (so far), as a blight on the earth, and the destroyers of pristine nature. Nature, they believe, is much better off without us, and we have no right to interfere with it. This is nature worship, which is a further fulfillment of the prophecy in Romans 1 in which the hearts of sinful man have traded worship of God for the worship of God’s creation.

But as people have noted for years, nature is “red in tooth and claw.”4 Nature is not some kind of perfect, pristine place. And why is this? Because mankind chose to sin against a holy God. When Adam and Eve disobeyed God’s command, they brought death, suffering, and the Curse into creation (Genesis 2:17, 3:17).

Now all of creation groans, waiting for the coming day when Jesus will liberate it from the Curse (Romans 8:20–22; Revelation 22:3). Creation was never designed to live in disharmony. We, and the animals, were originally created to be vegetarian (Genesis 1:29–30) and to live forever without any suffering or disease. But because sin changed all of that, we battle its effects every day.

But this doesn’t mean that humans are a blight or disease. Despite our sin, we are the only ones created in the very image of God, utterly unique from the rest of creation. We were granted dominion over the earth and it’s inhabitants (Genesis 1:26). This was part of our “very good” (Genesis 1:31), pre-Fall purpose and mission, and it stems out of our position as image bearers of the Creator.

How Should We View “Dominion”?

But does having dominion mean that we can treat animals any way that we want to? No! Such a view stems from a misguided view of our dominion over creation. It exalts humans while devaluing the rest of God’s creation.

Does having dominion mean that we can treat animals any way that we want to? No!

And in Proverbs 12:10 we read, “A righteous man regards the life of his animal.” The testimony of Scripture as a whole paints the picture of a Creator who loves and cares for all that He has made. As those made in His image, we should love and care for what He has made too.

So the response here is not to point out that all of what animal activists are saying is wrong. We need to be discerning based on God’s Word. The problem is that the activists have gone too far, to a point where they are essentially worshipping animals.

In our world of harsh, contrasting sides, it’s often difficult to find a balance. There’s a temptation to fall into either ditch: exalting animals above humans or devaluing God’s other creations.

As Christians, we need to find a proper balance based on Scripture. Humans alone are made in the image of God: we’re unique and therefore have a unique place in God’s creation. Jesus Himself became a man and died on the Cross to save mankind, not the animals.

This doesn’t mean we can treat the rest of God’s creation cruelly or abusively. We need to reflect the heart of the One whose image we are made in, and treat His creation with kindness, directing glory to our Creator and Savior.