The battle of the bottle-brush induces squid to unleash its secret countermeasure.

Squid are known for their ability to cover their escape with a cloud of ink, but the deep-dwelling Octopoteuthis deletron has an extra maneuver up its sleeve. Its bioluminescent arm-tips do more than emit light to lure mates or prey. In a pinch, they detach and provide a twitching luminescent diversion during the squid’s escape. Along with high-tech deep-sea robotics, this discovery required a bit of low-tech equipment: a bottle-brush.

The following series of photos from a squid’s close encounter with a bottle-brush showcases Octopoteuthis deletron’s unique defensive countermeasure, an example of diversity among squid. When poked and provoked, the squid attacks the brush and departs in cloud of ink, leaving behind wriggling bits of bioluminescent arm-tips. 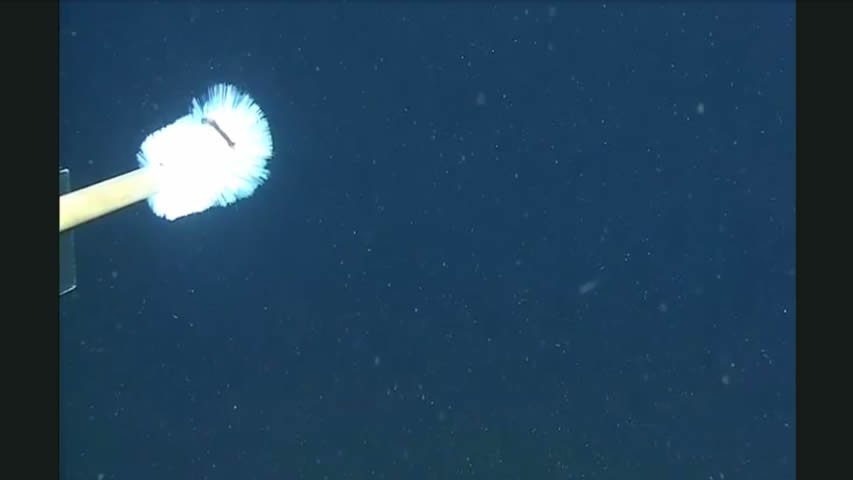 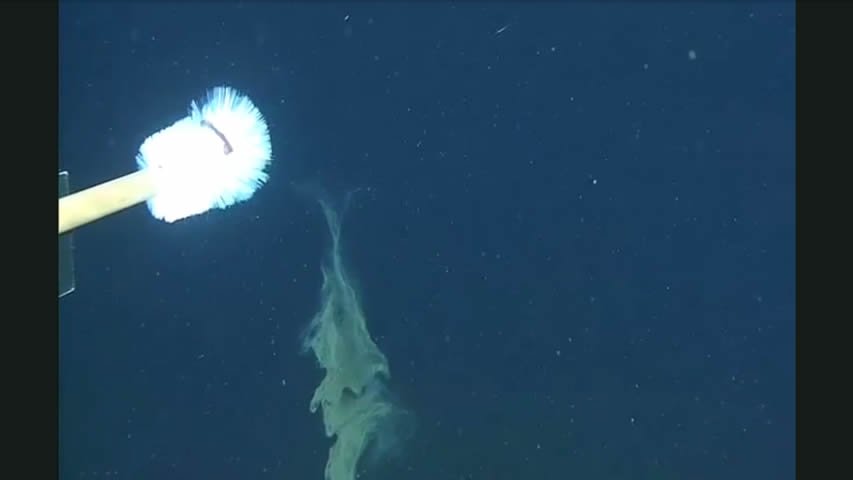 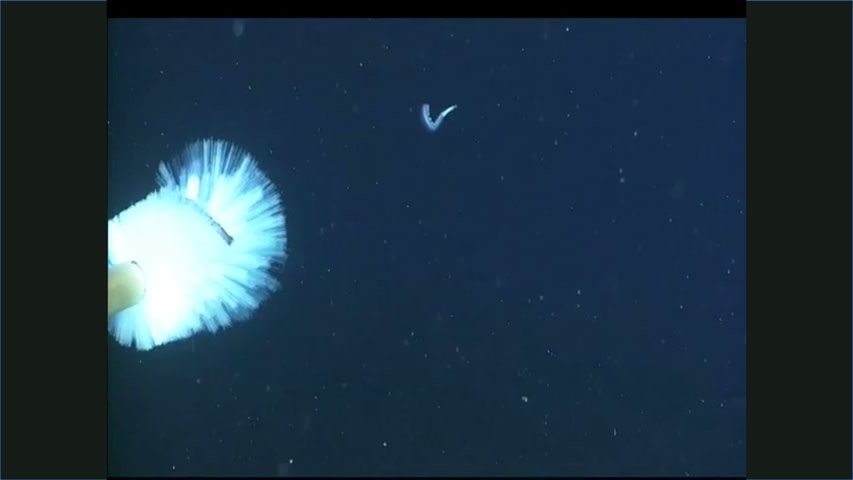 Footage from a robotic submersible had revealed many squid with shortened arms, arms without tips, and arms with regenerating tips.2 Having suspected these squid possessed the defensive ability to sacrifice body parts, researcher Stephanie Bush, in collaboration with the Monterey Bay Aquarium Research Institute (MBARI), tried a variety of provocations before hitting on the thing the squid saw as a sufficient threat to resort to extreme countermeasures. Attacking the squid with the robotic arm elicited a counterattack but no gripping action or detachables. Poking the squid with a common bottle-brush, however, provided just the break the team needed. Squid would ultimately counterattack, break off an arm-tip or two, and take off in a cloud of ink leaving behind wriggling bio-lit decoys.

While octopuses are known to lose entire arms, these squid minimized their losses by giving up only the tips.

Some crabs display similar defensive behavior, reminiscent of lizards that lose their tails. But this frugal sacrificial behavior is apparently unique even among squid species. Bottle-brush battles with seven other species produced no such dis-arming. And while octopuses are known to lose entire arms, these squid minimized their losses by giving up only the tips.

Examination of the abandoned arm-tips demonstrated the muscle tissue was designed for ready detachment at several places. However, the detachment always occurred near a point where the arm grabbed the offending bottle-brush, limiting the amount of tissue sacrificed. Experts agree this squid’s economical countermeasures represent an advantage over full limb loss. Even though the squid loses a light-emitting organ with the arm-tip tissue, it lives to lure something (a mate or perhaps dinner) another day. 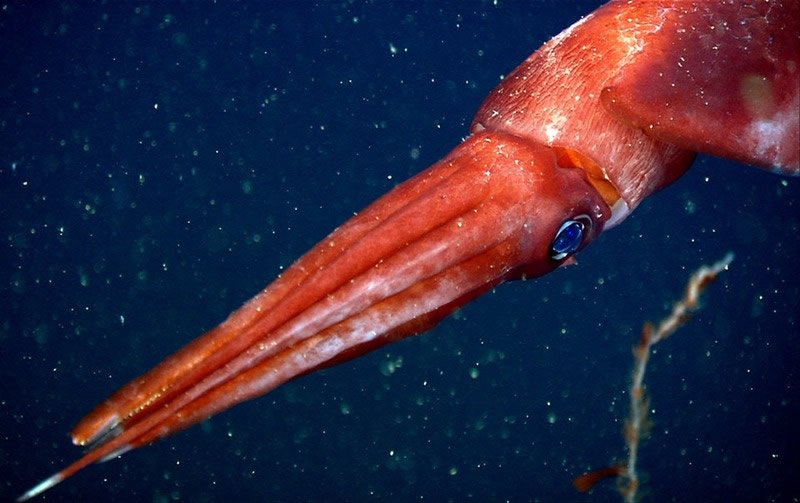 This Octopoteuthis deletron seen 740 meters below the surface is missing a bioluminescent arm tip. (Image: MBARI, 2003 from Science.)

The diversity of defense-attack structures we see in the world is a reminder of the effects of sin’s curse. When God pronounced a curse upon the serpent and its progeny in Genesis 3:14, He hinted that other creatures would also suffer from man’s sin. (He said the serpent would be cursed “more than all cattle, and more than every beast of the field.”) Romans 8:22 confirms “the whole creation groans.” When God created our “very good” world about 6,000 years ago, the creatures of that world were not troubled by suffering and death.3

After man sinned, animals needed to develop defense-attack structures (DAS) in order to thrive and survive in an increasingly violent world. They did not have to evolve, however. Be sure to read “How Did Defense/Attack Structures Come About?” to get a biblical perspective on the variety of ways such defenses developed. Natural selection, acting on the variations that have developed from the plethora of genomic information within each kind of creature, doubtless helped produce the diversity we see today, such as the bottle-brush battling defense mechanism in this squid.

Be sure to watch the fascinating video of the squid’s defense at http://www.sciencemag.org/news/2012/07/disarming-deep-sea-tactics.