This underwater “monster” is unlike any other aquatic creature.

Ancient sailing lore tells of the dreaded hippocampus, or “horse sea monster.” When it raised its fearsome head above the waves, sailors recoiled in terror. The legendary beast’s namesake, a horrifying chimera with a horse’s head, a chameleon’s eyes, a lobster’s armor, and a monkey’s tail, still lurks in the oceans today. But sailors can sleep easy—the real hippocampus is only a few inches long.

As ugly as a horse-chameleon-lobster-monkeyfish might sound, this bizarre animal is not really a nightmare. On the contrary, we admire its grace and beauty, and we know it by a gentler name—seahorse.

Though not monsters, seahorses are unlike any other known aquatic creature. The fact that the males, not the females, bear their young makes them unique in the animal kingdom. Female seahorses produce the eggs, but then they give them to the males to carry and nurture in a kangaroo-like pouch.

Once the female deposits her eggs, the male is entirely responsible for their care. Depending on the species, the eggs remain cocooned and nourished in his pouch for 10 to 45 days. As they develop, the chemistry of the fluid inside the pouch gradually transforms to mimic the surrounding ocean water.

This guarantees that the young are not harmed by the shock of entering a drastically different environment at birth. This seemingly backwards way of producing young has distinct advantages (more on that later), but it’s only one quirk in seahorses’ unusual relationship.

May I Have This Dance? 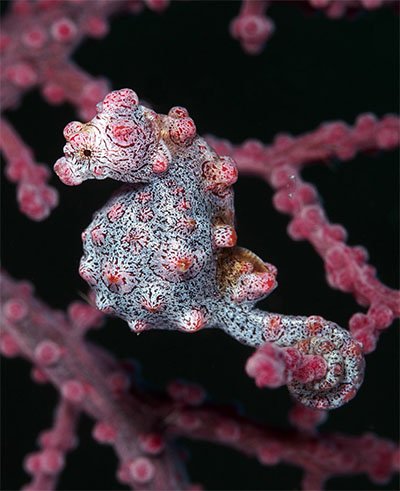 Pygmy seahorses mimic the color and texture of the sea fans they live on so well, they become nearly invisible even to the trained eye.

That relationship begins with a courtship dance. Male and female dance together for several days before breeding. This courtship ritual involves swimming in synchrony, locking tails, and spiraling around each other. The pair then remains together—at least in many cases—throughout the breeding season.

After the female deposits her eggs with her partner, she continues to visit every day. They begin each morning by dancing for up to an hour to strengthen their bond and synchronize their reproductive cycles. It’s a compelling picture of romance, but seahorses don’t actually “fall in love.” Although they form powerful pair bonds and are often monogamous within a single breeding season, they rarely mate for life.

Once the eggs have hatched in the father’s brood pouch, he releases them—up to 2,000 at a time—into the ocean. When the mother seahorse returns for their next daily dance, the father is immediately ready to receive another clutch of eggs. Since the father has been incubating the eggs, the mother has been free to direct all her energy to producing another clutch. This design allows seahorses to produce more young per breeding season than if the females were busy incubating.

This role reversal may have been part of the Creator’s original design, as he commanded the waters to “swarm with swarms of living creatures” on Day Five of Creation Week (Genesis 1:20). Sadly, since Adam’s sin brought death into the world, only a small percentage of seahorses survive to maturity today. Producing young in huge numbers is now a strategy for seahorse survival. At the same time, God provided them as a major food source for other hungry animals (see Psalm 104:21).

From Hunter to Hunted

As adults, seahorses change from prey to predator. Instead of scales like most fish, they have hard, bony armor, which makes adults practically indigestible. They can also change colors and textures in an instant and even grow spines to disguise themselves from both predators and prey. Anchored to a solid object with their strong tail, they practically disappear in the scenery, while their chameleon eyes move independently of each other, scanning forward and backward for danger and for food.

Seahorses do have a limitation—they are weak swimmers. But to dismiss their upright posture and single tiny back fin as “poor design” is a mistake. They are formidable ambush predators. Their upright posture allows them to sneak up quietly on tiny insect-like copepods, which are lightning fast. Once they pull up alongside their target, they snap their head sideways, almost too fast for the eye to follow, and slurp up the little crustacean before it has time to bolt to safety. The unique profile of that famous long snout causes hardly a ripple, and they succeed 90% of the time.

Among sea creatures, the seahorse stands out as a testament to God’s infinite creativity and provision. Only an ingenious and imaginative Creator could turn a weak swimmer into one of the ocean’s most successful hunters . . . or design a horse-chameleon-lobster-monkeyfish that is renowned for its grace and beauty. 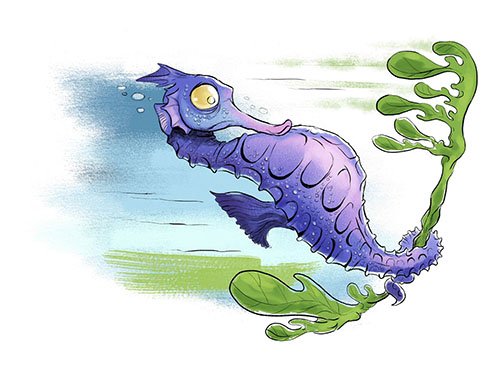 Although they are not designed for swimming fast or far, seahorses can travel long distances by grabbing onto a piece of seaweed or other debris with their tails and hitchhiking for miles through the ocean currents.

Seahorses have no teeth and no true stomachs. They cannot chew, so they must dissolve their meal very quickly on its short journey to their tiny intestines. Because food literally goes right through them, they must eat constantly. One seahorse can eat 3,000 brine shrimp per day! 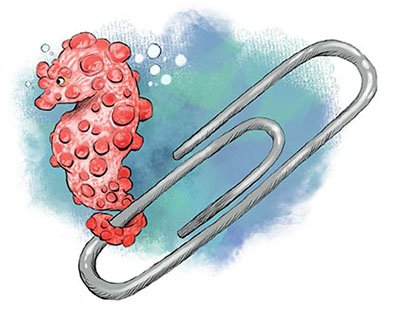 The seahorse’s camouflage techniques are so versatile that they have even fooled scientists who study them. At one time, marine biologists had identified more than 200 species. However, that number dropped to only about 50 as many “new” species turned out to be already-known varieties that had simply adopted different colors or textures.

The smallest seahorse in the world, the pygmy seahorse, is only half an inch long, small enough to fit on your fingernail. Or to put it another way, that's less than half the size of a standard paperclip.

Seahorses are fish, but very slow swimmers. The slowest fish in the world is the tiny dwarf seahorse, with a top speed of five feet per hour!

Karina Altman has a BS degree in marine biology from Texas A&M University at Galveston. She has been involved in zookeeping since 2007 and has worked with a wide variety of marine and terrestrial animals.
Next Article God’s Provision for Pottery 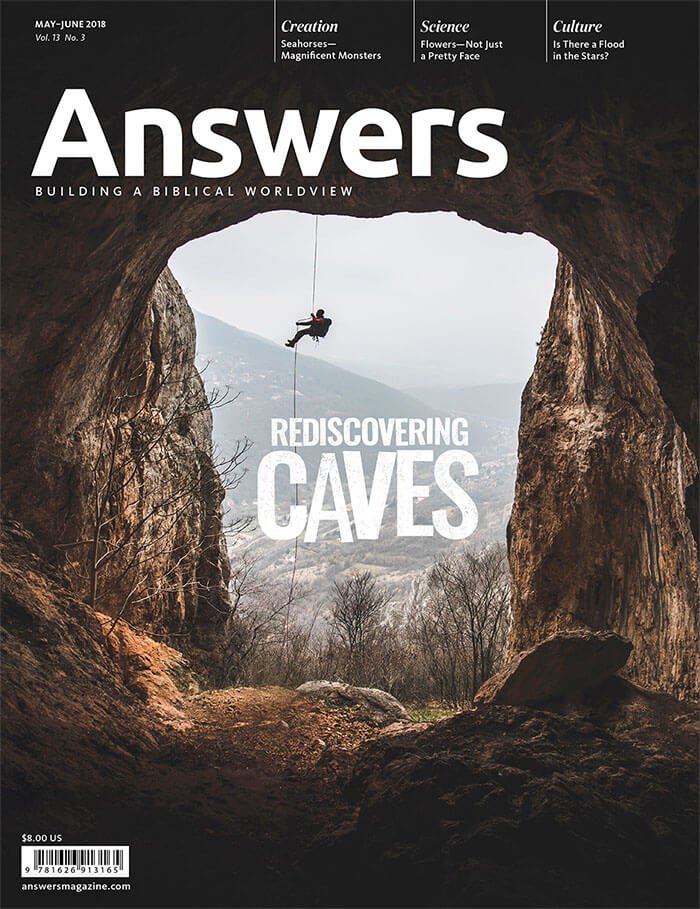