Digging Behind the Headlines

If your nonbelieving friends or co-workers know you’re a creationist, chances are good that some of them like to pass along the latest news or science reports trumpeting the “truth” of billions of years and evolution. If you’re uneasy about answering these claims because it might require hours of research, a basic answer is often available: all you have to do is read the report itself. Many times the headlines don’t completely comport with the facts, and the text of the article shoots holes in its own headline.

In the end, you need to help your acquaintances understand the real issue: choosing the right starting point. What is the correct set of assumptions (or worldview) upon which to interpret the world? Here are some questions you should ask to uncover the presuppositions buried beneath the surface:

What Am I Reading? 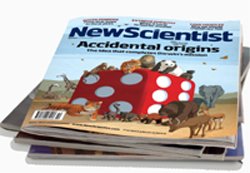 Not all articles are created equal. The degree of subjectivity will likely be much higher in a blog entry, an opinion column, an editorial, or a press release. And while some articles are well-written, well-researched, and objective, not every article is “fair and balanced.”

Is the Headline Accurate?

Since headlines are the first thing most people see (and sometimes all they read), it’s no surprise that editors write them to grab your attention. But headlines often sensationalize the story, oversimplify complex issues, and present only one side (usually the more controversial) of a debate.

What Are the Hard Facts?

First, determine the actual facts behind the headline. What fossil was found? What experiment was performed? What raw data did scientists measure? Too often news summaries and science reports obscure these important details.

After the facts are in, scientists must infer conclusions founded on various assumptions. Often these inferences are based on reasonable assumptions; however, naturalistic convictions run deep, and scientists and reporters can take a leap in logic from the get-go.

What’s Left After Un-Spinning the Story?

After sorting through sensational headlines and speculation, ask yourself how the find fits with the Bible’s truth. It helps to stay current on the latest creation research in fields like geology, paleontology, biology, anthropology, and astronomy. This magazine is one way to do that, as well as popular creationist websites like AnswersinGenesis.org, AnswersResearchJournal.org, and ICR.org.

Does This Change the Game?

Occasionally there really is something new about a scientific find beyond the spin. And sometimes creation models need to change. Don’t forget that although God’s Word remains authoritative, creation models built upon Scripture can be wrong.