Error in the UK Classroom

It is a serious matter to refer to error as ‘truth’, especially in the classroom with so many impressionable young people listening.

Nevertheless, this is what is happening in our schools in the United Kingdom. There are times when what our children are taught in government-run schools is not only inappropriate, but in error. Often these errors could and should have been avoided. 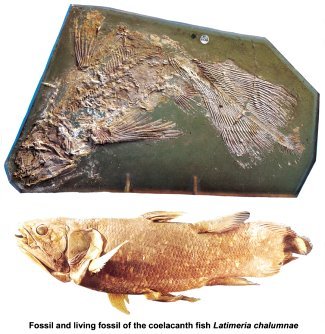 Two examples will serve to illustrate the point.

The National Curriculum in the UK states that, at Key Stage 4, ‘Pupils should be taught … that the fossil record is evidence for evolution.’1 Yet the fact that we can actually recognise most of these fossils demonstrates that there has been little or no change in many creatures since the time that they were fossilised. In the picture shown, the fossil coelacanth looks identical to the modern example, showing that they have not experienced an evolutionary transformation.

One of the examination boards states on its GCSE Biology syllabus that ‘Candidates should be able to … describe how the process of natural selection may result in changes within a species, as illustrated by the peppered moth’2 (emphasis mine). GCSE is the standard school examination system for England, Wales and Northern Ireland (but not Scotland), and stands for General Certificate of Secondary Education. A popular GCSE biology textbook contains a section on this peppered moth, together with a famous photograph of the moths resting on the bark of trees.3 It has been shown for some considerable time that these well-known photos of the peppered moths are fraudulent. The moths do not, for example, usually rest on tree trunks, and so the photos could only be taken by gluing dead specimens to trees.4,5,6

It is unlikely that schools, teachers and educators are deliberately seeking to mislead their pupils. Nevertheless, it must be emphasised that our children in the UK are indeed being misled. They are, in some instances, being taught concepts as fact—concepts which are, at best, dubious and, at worst, fraudulent. Sometimes science teachers may not be as up-to-date with the latest research as they would like to be, but it is remarkable that the authors of the very textbooks used by teachers have failed to do their homework properly.

‘Test all things’ said the apostle Paul in 1 Thessalonians 5:21, a phrase that would not be out of place in the Science National Curriculum. In the National Curriculum document, it states that ‘Pupils should be taught to … use scientific knowledge and understanding to turn ideas into a form that can be investigated.’7 Too often, as we have seen, this ideal can break down when pupils are being taught biological evolution, geological ages or astronomical deep time. Children in the science classroom are often not encouraged to question whether or not evolution is true, or to examine alternatives, whether the alternative is a mild dose of ‘intelligent design’ or full-blown biblical creation. The pupil who is encouraged to develop hypotheses to explain their experimental investigations is then discouraged from precisely the same act in other areas, such as evolutionary biology.

As parents, we need to be aware of what our children are learning. We need to discuss with them, and with the school, what the science curriculum is (and sometimes other subjects as well). Parents don’t need to know all the answers about creation/evolution to do it—just some basic knowledge of the issues. 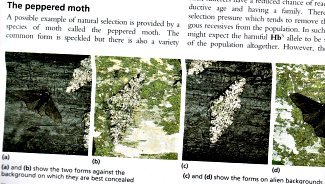 We also need to consider supplementing our children’s home libraries with good biblically-based books (many of which can be found in the online bookstore). As parents, we also need to spend time discussing the authority of the Bible vs the opinions of men (evolutionists) with our children, and to pray with them about these issues. We may even need to consider whether the school in which our children are being taught is the best educational environment for them (even if they are in Christian schools, some of them have very little biblical integration in the subjects being taught and thus are often more secular than Christian).

It was the famous reformer Martin Luther who said some 500 years ago: ‘I advise no one to place his child where the Scriptures do not reign paramount.’ If our children are not being taught to base all their thinking—in science as well as in other areas—on the solid foundation of Scripture, then they are being taught error. We need to be sure that what our children encounter in the classroom is Truth.