A Passion for Truth

As you peruse the event-filled life of Del Tackett, you are left with a single impression—passion. Here is a former Air Force officer whose passion to encourage Christians to trust God’s Word has led him down many different paths, including a major creation documentary coming to theaters in spring 2017.

While Del was working in national security at the White House under US President George H. W. Bush, the Lord began breaking his heart for the state of the nation and the church. He was burdened that so many believers had lost their biblical worldview—they weren’t looking at the world around them through the lens of Scripture.

After leaving the White House, Del helped start a seminary where the founders hoped to begin addressing these shortcomings. To systematically teach a biblical worldview, Del compiled a comprehensive curriculum that became the basis for the Truth Project, a DVD curriculum distributed by Focus on the Family.

Del is the former president of the Focus on the Family Institute. Millions of Christians know him as the face of the Truth Project. Because he has worked with college students over the years, however, he sensed that a huge stumbling block was not being addressed: most young adults have the false impression that the Bible is incompatible with science.

As usual, Del has tackled this new challenge head-on. This latest path is the documentary Is Genesis History? He goes on location across the US and interviews leading theologians and scientists to discover what Genesis really documents about the age of the earth. In partnership with Compass Cinema, Del developed the film to feature some of the best experts in the world today, explaining why Christians can be assured that the Bible is accurate regarding a young earth. In Del’s own words, “This [young-earth] position is not just simply some leap of faith. This is a position that really rests on some very solid scientific evidence.”

Through these adventures, Del got to pick the brains of careful, well-trained researchers who trust God’s Word.

For a little over a year, Del has enjoyed adventure after adventure examining God’s creation and the effects of the global Flood alongside biblical scientists. He stood at the base of a cinder cone and discussed radioisotope dating with one creation geologist. He walked along the bottom of the Grand Canyon with another geologist and discussed how the Flood alone can explain the layer upon layer of rock. Del also got to scuba dive with a marine biologist who studies how God designed DNA with immense flexibility to allow creatures to thrive in ever-changing environments. Through these adventures and many more, Del got to pick the brains of careful, well-trained researchers who trust God’s Word—asking them the hard questions that are on everyone’s minds.

Del wants believers, young and old, to see that trained creation scientists are active in every major field of study, getting their hands dirty observing our world today, and showing how the Bible’s account of a young earth is consistent with the evidence. Del told Answers, “We want to show that Christian young-earth scientists are not only brilliant, but they’re dedicated scientists who are in the field, doing the work.”

When asked what his prayer for this documentary was, Del said, “I’m not interested in just entertaining people. We want those who hold to a young earth to be assured that their faith in the Word of God has not been upended by some scientific discovery; that in fact, the scientific discoveries are increasingly showing that the history of the Bible is correct, and that the history of creation and the Flood is correct. We want them to be confident that the text in Genesis, the wording, can be trusted.”

For more information on the upcoming documentary and to follow its production, visit www.isgenesishistory.com

Bringing Genesis Home, Even When It Hurts

A newborn brings joy and excitement long before that baby ever draws breath. But for first-time parents the months of anticipation come with anxiety over the unknown. Stacia and Seth McKeever were no different, but their questions took a very specific turn shortly after their son’s arrival.

With those two words, they suddenly became the parents of a child with intellectual and physical disabilities. Receiving this diagnosis was difficult, as it would be for any parent. Such unexpected turns test how well we know and trust the God who is revealed in the pages of Scripture.

Yet in the middle of all their questions, Stacia and Seth clung to the basic truths they know about God: The Lord is good and sovereign, we live in a fallen world, and He creates every person fearfully and wonderfully in His own image for His glory. How would this understanding help them?

Faced with such overwhelming challenges, they searched the Scriptures again, starting in Genesis. As they discovered more and more about God’s character through His Word, they developed a deeper understanding of His design for them and their son. They learned, by faith, how to delight in God’s gifts of grace.

God changed Stacia in the process. Her knowledge of Creation and the Fall wasn’t just theoretical anymore. She began to speak and blog to help others struggling to understand how the Bible answers our hard questions. God used her circumstances to open doors to reach out to others and show them God’s goodness and joy. She’ll talk to anyone about God’s goodness, whether a therapist who helps her son, a skeptical neighbor or friend, or another parent with Williams syndrome children. Other parents and therapists are now sharing the comforting biblical truths that Stacia shared with them. That’s how God’s grace works.

Loving and training a child with disabilities is a difficult journey full of great highs and great lows. But clinging to Scripture gives the McKeever family courage to love God, enjoy Him, and encourage others who need the same hope.

In our busy age, podcasts are a great way to keep up on almost any topic, from finances to politics. The unique weekly podcast Creation Today takes on popular scientific questions from a biblical perspective. Eric Hovind, president of Creation Today, hosts each episode with numerous guests and cohosts. In 2016 their focus is on equipping young people to stand firm on God’s Word about creation and the age of the earth.

To hear the latest, subscribe to Creation Today on iTunes.

Answers isn’t intended merely to excite the mind but to get people talking. Creation matters. Here are some important questions in this issue to discuss with family, friends, neighbors, and coworkers. 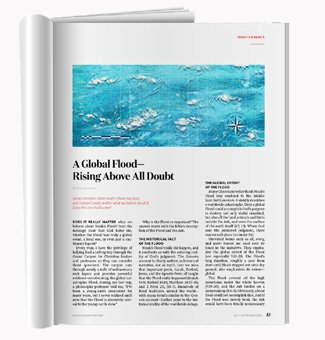 If the world needs the gospel, why are Christians arguing about things such as a worldwide Flood? Think deeper. Why did Peter emphasize that the Flood “destroyed the earth” in his gospel presentation (2 Peter 3:3–7)? If we can’t trust God’s record of the Flood, we can’t trust His record of Jesus. 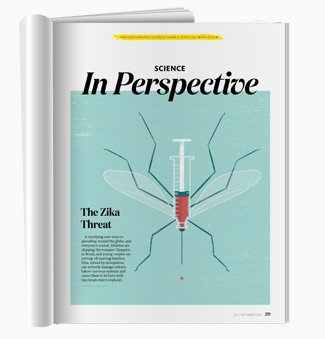 How could a good God create horrible things like the Zika virus? Short answer: we know from Genesis 1–3 that God’s original creation was “very good,” but Adam’s sin brought a curse. In the past three years, scientists have realized that viruses play a vital role. Disease seems to be an aberration—a curse. 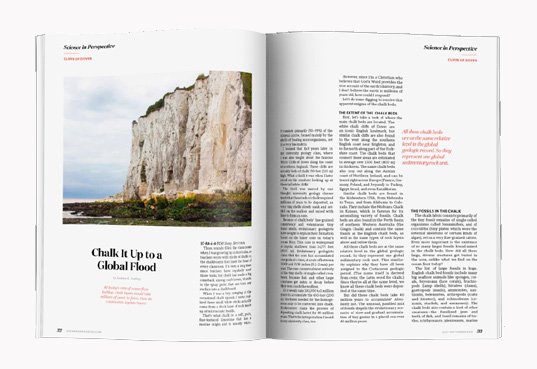 Don’t thick chalk layers require millions of years to form and “prove” the earth is old, contrary to the Bible? News flash. Huge creatures are buried before they could decay, so they were covered quickly. The Flood’s mineral-rich oceans could form massive deposits of algae that buried big animals in hours! 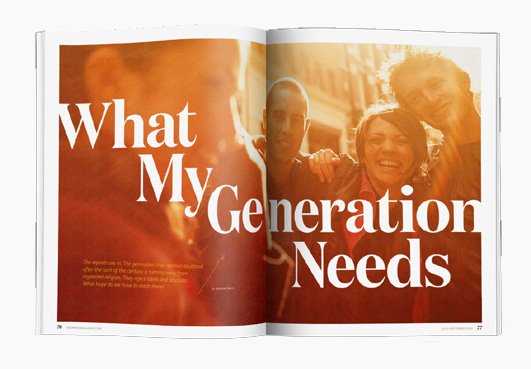 Do we have any hope of reaching young adults who reject absolutes? Dr. Fabich—a Millennial himself—says his generation really isn’t postmodern. Everyone wants to “be happy and feel good,” and God’s Word provides the prescription.