Antibiotic Resistance of Bacteria: An Example of Evolution in Action?

Antibiotic resistance of bacteria is not an example of evolution in action but rather variation within a bacterial kind. It is also a testimony to the wonderful design God gave bacteria. 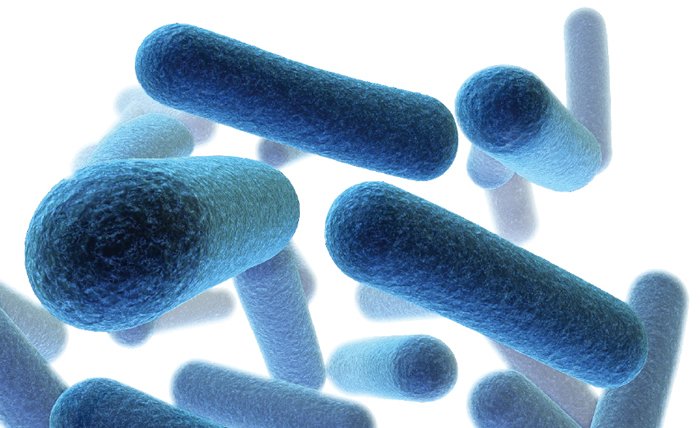 Bacteria are single-celled microorganisms, and most bacterial species are either spherical (called cocci) or rod-shaped (called bacilli). The 3D rendering on the left shows bacilli bacteria.

The extraordinary ability of certain bacteria to develop resistance to antibiotics—which are otherwise useful in speeding recovery from some illnesses—has been a hot topic on the minds of doctors, hospital staff, reporters, and the general public for several years. It is also heralded as a textbook example of evolution in action.

These bacteria are being studied by evolutionary scientists with the hope that they will reveal secrets as to how molecules-to-man evolution could have happened.

But are bacteria really evolving?

Antibiotics are natural substances secreted by bacteria and fungi to kill other bacteria that are competing for limited nutrients. (The antibiotics used to treat people today are typically derivatives of these natural products.) Scientists are dismayed to discover that some bacteria have become resistant to antibiotics through various alterations, or mutations, in their DNA.

Hospitals have become a breeding ground for antibiotic resistant bacteria. These bacteria proliferate in an environment filled with sick people who have poor immune systems and where antibiotics have eliminated competing bacteria that are not resistant.

Bacteria that are resistant to modern antibiotics have even been found in the frozen bodies of people who died long before those antibiotics were discovered or synthesized.1

Antibiotics were first discovered through a providential experiment by Alexander Fleming in 1928. His work eventually led to the large-scale production of penicillin from the mold Penicillium notatum in the 1940s. As early as the late 1940s resistant strains of bacteria began to appear.2 Currently, it is estimated that more than 70% of the bacteria that cause hospital-acquired infections are resistant to at least one of the antibiotics used to treat them.3

Antibiotic resistance continues to expand for a multitude of reasons, including over-prescription of antibiotics by physicians, non-completion of prescribed antibiotic treatments by patients, use of antibiotics in animals as growth enhancers (primarily by the food industry), increased international travel, and poor hospital hygiene.2

How Do Bacteria Become Resistant?

An antibiotic kills a bacterial cell by simply disrupting a critical function. This is achieved in the cell in much the same way that a saboteur can cause a massive jetliner to crash by simply cutting the hydraulic lines.

The antibiotic binds to a protein so that the protein cannot function properly. The normal protein is usually involved in copying the DNA, making proteins, or making the bacterial cell wall—all important functions for the bacteria to grow and reproduce.

Although the mutant bacteria can survive well in the hospital environment, the change has come at a cost. The altered protein is less efficient in performing its normal function, making the bacteria less fit in an environment without antibiotics. Typically, the non-mutant bacteria are better able to compete for resources and reproduce faster than the mutant form.

Let’s look at a famous example to help clarify this. During the anthrax scare shortly after the September 11, 2001, attacks in the U.S., Ciprofloxacin (Cipro) was given to potential victims. Cipro belongs to a family of antibiotics known as quinolones, which bind to a bacterial protein called gyrase, decreasing the ability of the bacteria to reproduce. This allows the body’s natural immune defenses to overtake the infectious bacteria as they are reproducing at a slower rate. Quinolone-resistant bacteria have mutations in the genes encoding the gyrase protein. The mutant bacteria survive because the Cipro cannot bind to the altered gyrase.

This comes at a cost as quinolone-resistant bacteria reproduce more slowly.4, 5, 6 Resistance to this family of antibiotics is becoming a major problem with one type of bacteria which causes food poisoning. This bacteria increased its resistance to quinolones 10-fold in just five years.7

Bacteria can also become antibiotic resistant by gaining mutated DNA from other bacteria. Unlike you and me, bacteria can swap DNA. But this still is not an example of evolution in action. No new DNA is generated (a requirement for molecules-to-man evolution), it is just moved around. It’s like taking money from your left pocket and putting it into your right pocket—it doesn’t make you wealthier. This mechanism of exchanging DNA is necessary for bacteria to survive in extreme or rapidly changing environments like a hospital (or like those found shortly after the Flood).8

What Does It Really Prove?

Evolution requires a gain of functional systems for bacteria to evolve into man—functioning arms, eyeballs, and a brain, to name a few.

Mutation and natural selection, thought to be the driving forces of evolution, only lead to a loss of functional systems. Therefore, antibiotic resistance of bacteria is not an example of evolution in action but rather variation within a bacterial kind. It is also a testimony to the wonderful design God gave bacteria, master adapters and survivors in a sin-cursed world.

Are all bacteria bad? Visit www.answersmagazine.com/go/bacteria-good-or-bad to find out.