The inventory of life’s building blocks in space rocks rises.

Eyewitnesses watched the Sutter’s Mill meteorite streak across California’s daytime sky on Earth Day 2012. Were they seeing a reenactment of a process that supplied the early earth with the building blocks of life? Rapid recovery of fragments fueled excitement that Sutter’s Mill—where America’s 19th century Gold Rush began—might yield a new sort of gold in the quest to discover the origin of life on earth.

Analyses of the Murchison meteorite that fell over Australia in 1969 and numerous other meteorites since then have demonstrated that organic (carbon-containing) compounds could fall to the earth from space. “Their composition therefore has always been seen as an indication that the precursors to the evolution that led to the origins of life could have come from the extraterrestrial material of meteorites,” says biochemist Sandra Pizzarello of Arizona State University in Tempe.

“Since the origins of life are utterly unknown,” Pizzarello says, “the idea has its merits.” Her team has discovered a unique assortment of space-borne organics in the Sutter’s Mill fragments.

Because the meteorite was tracked by weather radar and SETI observers, a hastily mounted aerial search directed the recovery of over 20 fragments. These were distributed to several laboratory scientists experienced in meteorite chemistry. Since fragments were collected quickly, scientists hoped any fragile molecules that might be present could be identified before exposure to earth’s environment degraded them. 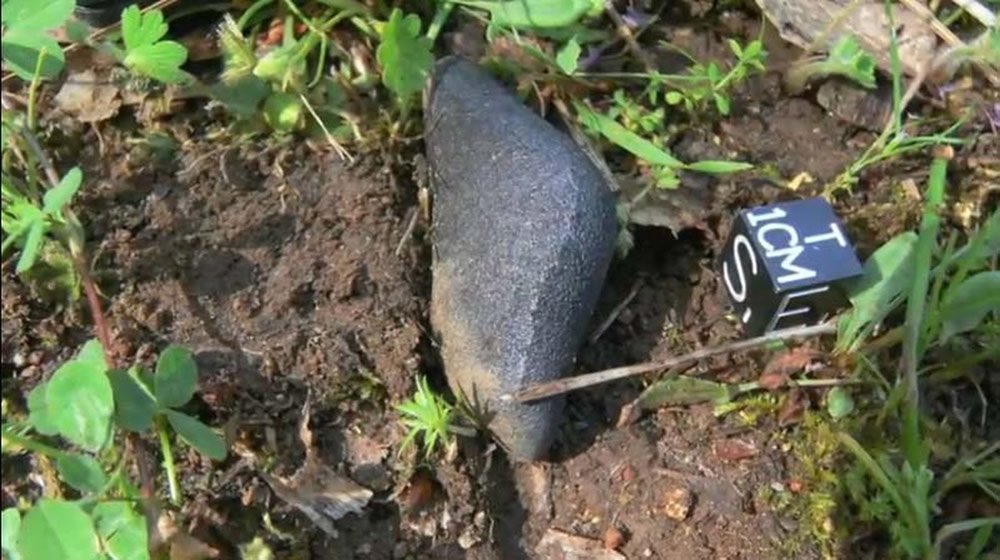 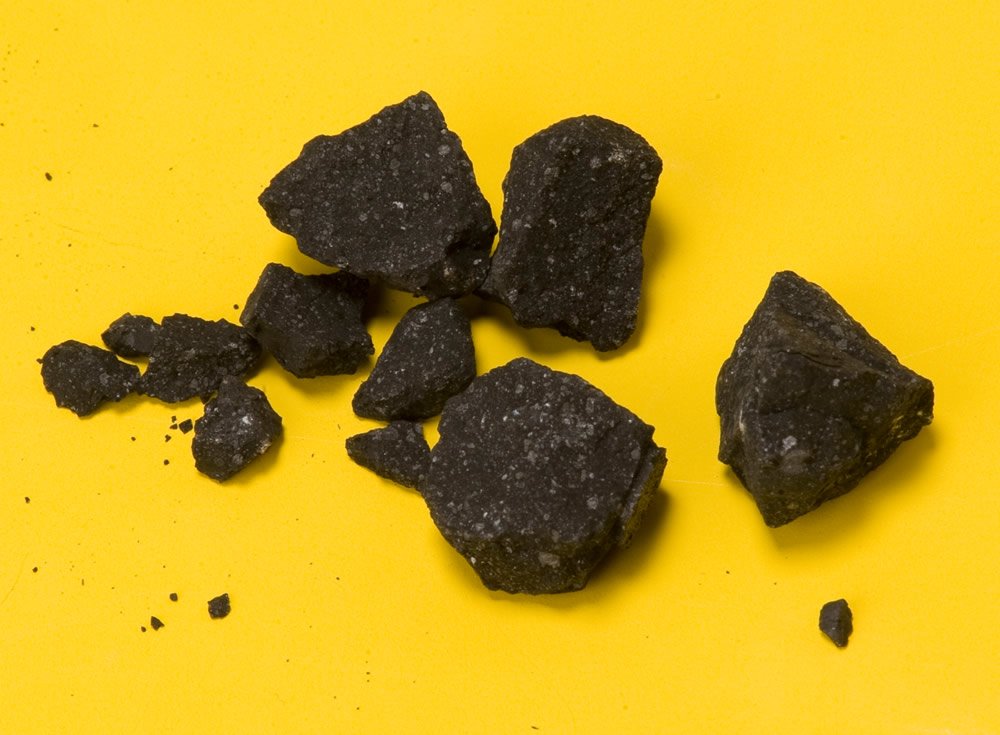 Image by NASA/Eric James, via Space.com.

Pizzarello’s team soon determined that the newsworthy water-soluble compounds found in several other carbonaceous meteorites were “unquestionably depleted in abundance.”1 Pizzarello says, “It was a disappointment.”

Then her team decided to expose the fragments to the harsh conditions they thought existed on the early earth. Such conditions are found today in hydrothermal vents. “The Sutter’s Mill fragments we analyzed had likely been altered by heat,” they write, “and the hydrothermal conditions of the experiments realistically mimic early Earth settings, such as near volcanic activity or impact craters.”2

After “hydrothermal decomposition,”3 the fragments in Pizzarello’s laboratory released a wide variety of insoluble organic compounds. They were identified by gas chromatography and mass spectroscopy. The compounds include a number of long chain linear and branched polyether molecules as well as oxygen-containing aromatic compounds and alkyl-esters.4 None of these oxygen-rich compounds have been found in other meteorites.

How to Build a “Cell” without DNA

Because such water-insoluble compounds can adhere to each other in the presence of water to form a barrier roughly analogous to a membrane researchers think they could have paved the way for the evolution of cells. Pizzarello explains, “They can form rudimentary enclosures to contain compounds useful to prebiotic evolution.”

“The analyses of meteorites never cease to surprise you . . . and make you wonder,” says Pizzarello. “This is a meteorite whose organics had been found altered by heat and of little appeal for bio- or prebiotic chemistry, yet the very Solar System processes that lead to its alteration seem also to have brought about novel and complex molecules of definite prebiotic interest such as polyethers.”5

The Arizona State team proposes that chemical changes induced by heat and oxidation in meteorite parent bodies—like asteroids in the belt between Mars and Jupiter—may have produced a wide variety of raw materials for the evolutionary origin of life. “On this basis,” the authors write, “the data suggest a far larger availability of meteoritic organic materials for planetary environments than previously assumed and that molecular evolution on the early Earth could have benefited from accretion of carbonaceous meteorites both directly with soluble compounds and, for a more protracted time, through alteration, processing, and release from their insoluble organic materials.”6

Nothing in experimental science has ever shown that life could randomly emerge from non-living components in any environment or from any building blocks.

Organic compounds can form independent of living organisms and are not unique to earth. Molecules that living things manufacture using enzyme-mediated chemistry in cells can also be produced through ordinary chemical reactions in the laboratory and even in carbon-containing (carbonaceous) meteorites. Amino acids, nucleobases (similar to the chemical building blocks of RNA and DNA), chemicals commonly associated with glucose metabolism,7 and even left-handed molecules unassociated with living organisms have been found in meteorites.

Because living organisms contain a wide variety of complex organic compounds, evolutionary scientists trying to explain how life could randomly arise from non-living chemicals propose various scenarios to explain how fragile biochemical building blocks could spontaneously form under the harsh conditions they propose existed on the early earth. They must also propose ways these compounds could survive and assemble into meaningful units capable of carrying informational blueprints and reproducing themselves. Some try to solve the problems of abiogenesis in sudsy ponds or geothermal pools but the conditions they presuppose existed on the early earth would prevent the formation of stable organic compounds.

Many evolutionists export this problem to space proposing that life itself, complex molecules like RNA, or less-elaborate organic molecules that were needed to build the first cells formed in the unearthly space environment and then rained raw materials with “prebiotic appeal”8 upon the early earth. The researchers suggest that the plethora of organics released by their Sutter’s Mill fragments after exposure to hydrothermal decomposition further supports the possibility that earth’s harsh volcanic environment may have fueled the ongoing release of evolutionarily useful compounds from the rocks that fell from space for some time.

But would a “rain” of rocky building blocks be enough to get life going on earth? Evolutionary versions of what the unobservable early earth was like are based on worldview-based assumptions and interpretations of what can be examined only in the present. Furthermore, nothing in experimental science has ever shown that life could randomly emerge from non-living components in any environment or from any building blocks. Biological observations demonstrate that life only comes from life, and the Bible reports that the Creator God created all kinds of life about 6,000 years ago during just six days. Despite evolutionary claims that information can emerge from random chemical processes they term “molecular evolution,” observational science shows that genetic information must come from a source of information and does not come to exist on its own. There is no scientific evidence that molecules-to-man evolution ever happened.

Pizzarella believes “the origins of life are utterly unknown.” It is not possible to actually know the conditions under which life originated or the processes involved through observational science. Furthermore, no experimental observations have ever even demonstrated that life could randomly form from non-living elements, much less found a way to go back in time and observe the origin of life. But the origins of life are not unknowable if the eyewitness testimony of the Creator God is accepted. And nothing actually observed in science is inconsistent with our origins as described in the Bible.