Full-Size Replica of Noah’s Ark Complete in the Netherlands

Full-size replica of Noah’s Ark in the Netherlands is complete.

This full-size replica of Noah’s Ark, built by Johan Huibers in the Netherlands, opened to the public on December 10. Like the Ark Encounter project underway in Kentucky, Johan’s Ark is intended to show people the true scale of Noah’s Ark to help them better understand the truth of the biblical history of the global Flood. Image credit: AP Photo/Peter Dejong.

Johan Huibers, a Dutch Christian contractor, has completed his full-size replica of Noah’s Ark. Johan’s Ark opened to the public on December 10. Towering above the landscape from its moorings in Dordrecht, Netherlands, south of Rotterdam, the ark floats as a testimony to Johan Huibers’ faith—and Noah’s faith—in God’s Word. After all, the Bible tells us Noah had faith in what God said would happen and therefore prepared the ark (Hebrews 11:7).

The Bible also tells us that Noah was “a preacher of righteousness” (2 Peter 2:5). Noah preached of God’s coming judgment in the form of a worldwide Flood, and Noah’s message was ignored by all but his close family. Huibers, because he believes God’s promise symbolized in the rainbow (Genesis 9:11–17), knows the entire earth will never be flooded again. But Huibers hopes his ark will visually preach a message that draws people to understand God’s grace through Jesus Christ.

I want to make people question [their purpose on earth] so that they go looking for answers.

“I want to make people question [their purpose on earth] so that they go looking for answers,” he said, and he wants them to go to the Bible for those answers. He hopes many will trust the God of the Bible to tell them the truth once they appreciate the magnitude of the biblical Ark. Based on the cubit measurements God gave to Noah, Huibers designed his ark to be 410 feet (125 meters) long, 95 feet (29 meters) across, and 75 feet (23 meters) high. 1 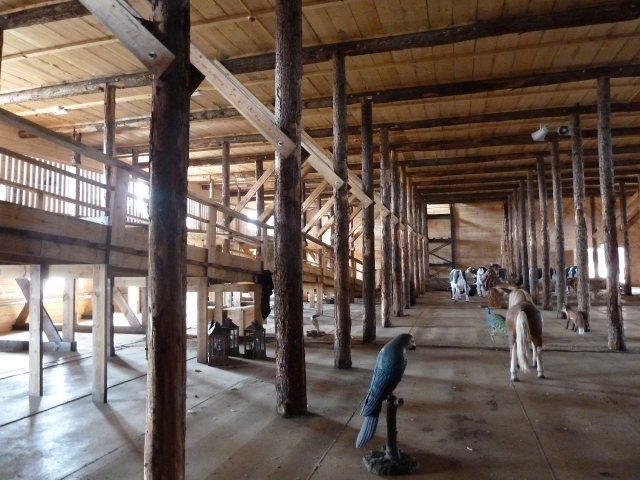 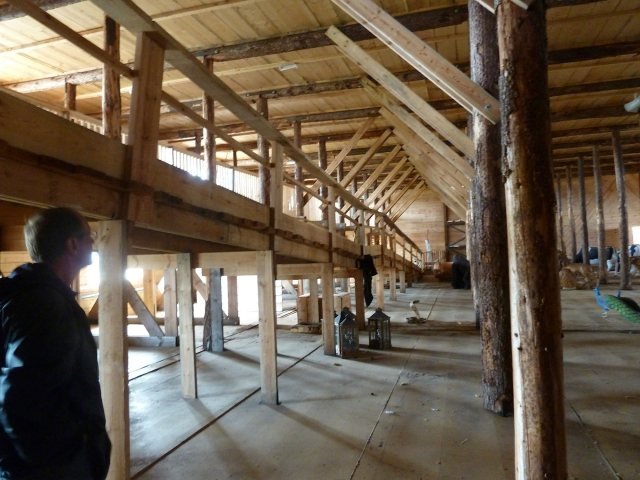 Life-size replicas of many animals populate Johan’s Ark, which is designed to house them in corrals or pens. Johan’s Ark, because it is built to the size God specified for the original ark nearly 4,500 years ago, would accommodate representatives of all the created kinds of animals. The Ark Encounter project in Kentucky has research underway to more fully address just what those created kinds likely were, and some preliminary results have already been published. (See below for more information.) Image credit: AP Photo/Peter Dejong.

Huibers, a contractor, had hoped to take his ark to London for the Olympics, but modern codes regulations made that impractical. Completed now, and supplied with animal models, a movie theater, kids’ games, a restaurant, and displays showing life in Bible times, Johan’s Ark is already helping people see how Noah’s family was able to care for the animals God sent to him. The ark has demonstrations of features Noah likely incorporated such as water pumps (to manage potable water inside the ark!), a system of levers to lift hay bales, and food storage areas. On the upper deck rimming the ark, he designed a system like Noah could have used to collect rainwater as well as an area where animals could possibly have been able to exercise in the months Noah waited for the waters to completely subside. (Remember, the biblical ark’s “voyage” lasted about a year, extending for months after the initial time of violently rising water.)

It is an amazing construction project, and built by only a handful of people, mostly Johan's family members. He wants an attraction that will give guests a sense of wonder and make them want to go to the Bible. Johan and his family have done a tremendous job and they have a wonderful attraction that will intrigue thousands of guests. The popularity of his floating ark and the number of articles that have been written about it, and the number of guests that have already made the trip to see it even before it was open to the public, validates the widespread interest of Noah and his Ark worldwide. It encourages me and keeps our team focused on designing to accommodate very large crowds of guests when the Ark Encounter opens. 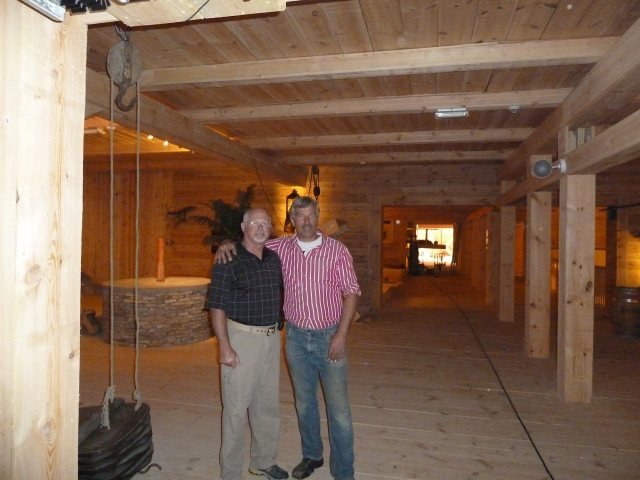 Johan Huibers shown with the Ark Encounter’s senior vice president Mike Zovath (left) when Zovath visited in 2011 while Johan’s Ark was still under construction. Huibers designed his ark to accommodate up to 3,000 visitors per day. Zovath say, “Johan and his family have done a tremendous job and they have a wonderful attraction that will intrigue thousands of guests.” Image credit: Mike Zovath.

Asked how Johan’s Ark compares with the Ark Encounter project planned for Kentucky, Zovath said that while both arks are built to biblical measurements, the Ark Encounter project addresses the shipbuilding processes Noah likely used. Huibers utilized steel barges welded together and then covered with wood, and he also modified the design to accommodate a more “free-flowing” crowd. Huibers interpreted the animal areas as large corrals or pens, whereas the Ark Encounter project is preparing more cage-like enclosures. Both offer a great deal of teaching, but the Ark Encounter, Zovath says, “will have a lot more cages and food storage areas. And we plan to provide even more explanations of the processes that Noah may have used to deal with day-to-day life on board. We will also incorporate more teaching about a variety of topics in our Ark Encounter and include a more direct evangelistic emphasis and message.”

You might know the story of Noah, okay, but if you see this you begin to get an idea of how it would actually have worked in practice.

European visitors are already impressed with the details Huibers has included. As one visitor, Martin Konijn, reports, “You might know the story of Noah, okay, but if you see this you begin to get an idea of how it would actually have worked in practice.” And that is the idea Johan Huibers and the Ark Encounter both want to get across: Noah’s Ark was a real boat—a very big boat—designed to accomplish God’s purposes in preserving life through the global Flood.

The journalist writing about the ark in Dordrecht wrote that Johan’s Ark is up to biblical measurements and is “Perhaps not big enough to fit every species on Earth, two by two, as described in the Bible, but plenty of space, for instance, for a pair elephants to dance a tango.” This comment reflects a common misunderstanding.

The Ark Encounter will focus heavily on the number and types of animals necessary to preserve all the “kinds” of air-breathing animals on the Ark. Zovath says, “We want to make the explanation of ‘kinds’ a key topic early in our guest experience so guests understand that not every species we see today had to have a place on the Ark.” Of course, Johan’s Ark is big enough, as was Noah’s, to accommodate at least two of every created kind of air-breathing animal on board, but those numbers are not as large as many people assume. Many species are variations of the same “kind” of animal, and a great deal of biodiversity has therefore developed since the time of the Flood.

Like Johan Huibers, those involved in planning the Ark Encounter project are Christians that want people to realize that the account of Noah’s Ark and the Flood is not a cute story for nursery wallpaper cartoons and bathtub toys but rather one of the most important events in the history of the world. Noah “found grace in the eyes of the Lord” (Genesis 6:8) because he believed God. Noah built the ark and entered it because he believed God. Because we believe God’s Word, we also want to share with people the message of the judgment all people deserve at the hands of our God but also the good news that God’s grace through Christ is freely available through faith and trust in Him. The “answers in Genesis” that we—and Johan Huibers—urgently want to point people to all ultimately lead to Jesus Christ.