Noah’s Ark has once again come to rest on solid ground. The ministry of Answers in Genesis, which opened the Creation Museum in 2007, just added another attraction in an unlikely location—a rural setting near Williamstown in landlocked Kentucky. After eight years of planning and almost two years of construction, the Ark Encounter opens its doors this month for visitors to experience Noah’s voyage.

After eight years of planning and almost two years of construction, the Ark Encounter opens its doors this month for visitors to experience Noah’s voyage.

The designers wanted to accurately represent the massive scale of Noah’s original ship, built roughly 4,400 years ago. The huge timber-frame structure itself is the main attraction. Breaking stereotypes of a tiny, cramped boat, this vessel can hold 10,000 people at a time. With more than 140,000 square feet inside the Ark, guests will enjoy an array of exhibits showing how Noah could—and really did—build the Ark, just as God’s Word records, and how eight people cared for representatives of every kind of bird and air-breathing land-dependent animal on the planet.

With a zoo, theater, and other venues, the themed attraction, which cost $100 million, is expected to draw around two million visitors the first year. America’s Research Group found that most Americans—nearly four out of five—believe in the ancient Ark and would consider visiting a full-size replica. 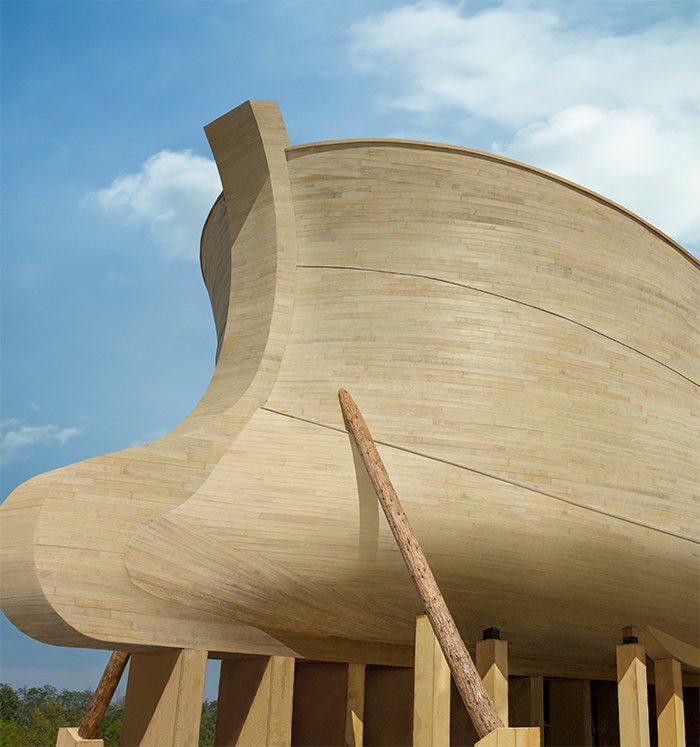 As expected, the Ark ran into its share of opposition. The state of Kentucky initially agreed to let the Ark Encounter participate in its incentive program designed to bring tourist attractions of any kind to Kentucky. Later, the state backed away from its promise under pressure from secularist groups who opposed the Ark’s biblical message. The ministry was forced to sue on the grounds of religious discrimination (and ultimately won in federal court).

The ministry’s overt gospel presentation and hiring of Christians has continued to fuel intense attacks from secularists and atheists. One group created mock advertisements on billboards, calling the Ark Encounter the “Genocide & Incest Park: Celebrating 2000 Years of Myths.” Yet their efforts merely served to give the attraction free publicity. 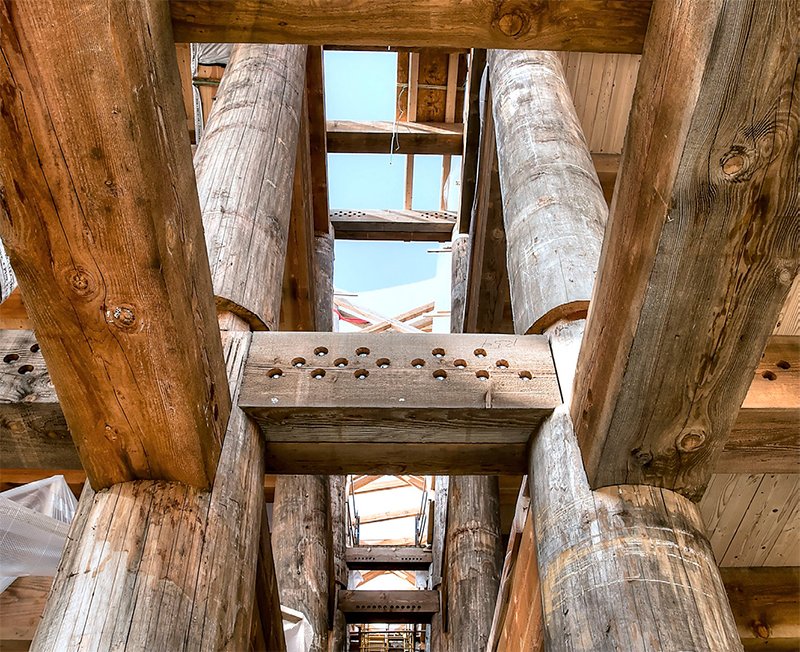 Massive timbers up to 66 feet (20 m) high were used in the construction of the Ark, which is the world’s largest freestanding timber-frame structure.

The centerpiece of the park is an awe-inspiring 510-foot-long Ark with three decks filled with exhibits. The floors roughly follow the chronology of the Flood. The first floor explains events early in the Flood, the second floor shows what life may have been like on the Ark during the Flood, and the third floor examines the end of the Flood and beyond. It culminates in a Doors of the Bible gospel presentation.

The Ark Encounter rests on the solid ground of God’s Word, beginning with six days of Creation and a yearlong, global Flood. Its designers believe our generation needs God’s people to embrace His Word without apology, from the very first verse. The Bible makes sense of our world and offers mankind the only hope of salvation from God’s coming judgment—Jesus Christ, the Son of God and Savior of the world.

A passing reference to “the Creator” in a scientific paper sparked outrage last January. The article on the complexity of the human hand appeared in the journal PLoS ONE. Readers reacted swiftly and vehemently against the mention of “the Creator’s invention” and “proper design by the Creator.” One editor threatened to resign unless the paper was retracted.

The paper’s Chinese authors blamed language differences. They claimed that in Chinese, the word creator was a synonym for nature, not necessarily God. In fact, the term appeared in a sentence that went on to describe “the evolutionary remodeling of the ancestral hand for millions of years.”

Yet any hint of a Creator, no matter how vague, was too much for the journal’s editors. They decided it required more than a simple editing correction. Despite the authors’ apology, the journal went beyond disavowal of the word choice and retracted the paper, essentially making believe it never existed.

believe “not recycling” is always or usually wrong 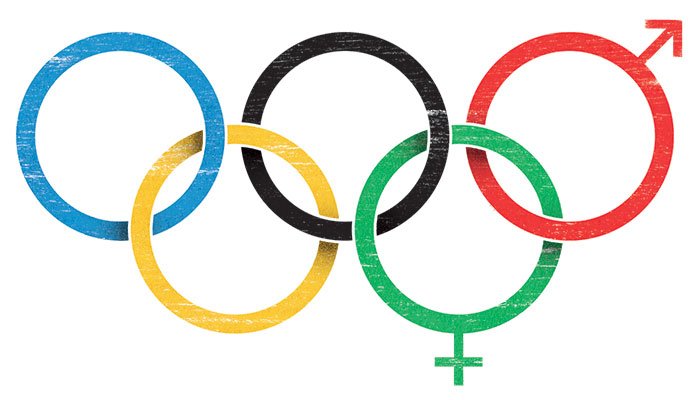 According to new guidelines published by International Olympic Committee medical officials, transgender men may compete as women without undergoing sex reassignment surgery. The guidelines are likely to become rules for the 2016 Olympics.

The guidelines suggest that men be allowed to compete as women, as long as their testosterone level has remained below a certain value for at least 12 months prior to the competition.

When we deny our Creator and His order, we exchange the truth for a lie (Romans 1:25). Eventually, like these Olympic officials, we end up believing nonsense, even as we congratulate ourselves for our wisdom.

of Americans agree with the statement: “Evolution shows that no living thing is more important than any other.” (March 2016 poll by the Discovery Institute)