It’s likely that Noah planned ahead to include some kind of large washing machine inside the Ark.

If you’ve ever worked in a zoo—mucking out stalls, hauling bales of hay, and carrying feed sacks—you know how quickly you begin to acquire that certain … ahem … earthy aroma. It doesn’t take long for even the freshest clothes to become soiled and smelly.

Well, Noah and his family worked on a gigantic floating zoo with all the animals to tend to every single day for over a year. By the end of Noah’s work day, imagine how he might have been drenched in sweat and covered with stale hay, and everything else that hard zoo-keeping work entails. Yet when you see some pictures of the Ark and read the associated stories, Noah always seems to be wearing the same fresh wardrobe day after day after day.

Something about this picture doesn’t ring true. Did he, his wife, Shem, Japheth, and Ham, and their wives, each own a couple hundred outfits? Probably not! Isn’t it more likely that Noah planned ahead to include some kind of large washing machine someplace inside the Ark?

Puzzled? These eight people were not many generations removed from God’s “very good” original creation and the genius of the first people (and they lived 800 years or more). Could they not have built a simple but large washing machine? And if they had, what might it have looked like? Here you can indulge your own imagination a little because the Ark will probably never be found for explorers to probe its cavernous interior. 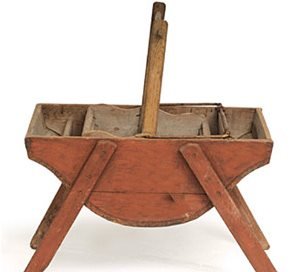 These are some of the questions we are exploring as AiG designs exhibits inside a full-size Noah’s Ark in northern Kentucky.

Next Article Noah, the Super Prepper