Noah’s Ark—Sailing in the Netherlands? 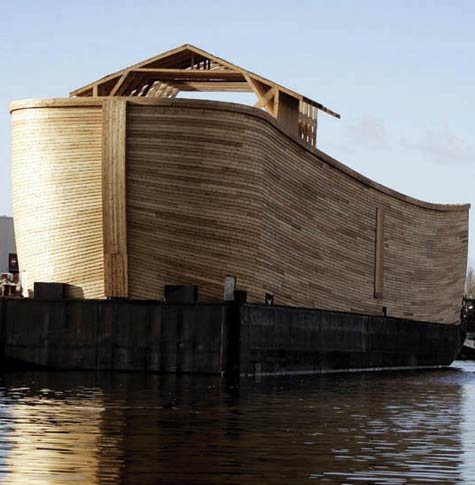 Dutchman Johan Huibers built this Ark replica, which is one-fifth the size of Noah’s Ark. He hopes that it will renew interest in Christianity in the Netherlands. Click to enlarge.

Building scale replicas of Noah’s Ark has long been an effective way to engage people in discussions about God and the worldwide Flood. But few have come close to building one that matches biblical proportions or that actually sails. That was true until Dutch businessman Johan Huibers decided to construct an Ark about one-fifth the size of Noah’s Ark.

Johan has said in numerous reports that he hopes it will bring a renewed interest in Christianity to the Netherlands. As stated in a Mail and Guardian article, he hopes to set sail along the Dutch waterways when his Ark is finished. He also plans to use funds from future tours to build a full-scale version in a few years.