Noah’s Ark has been a popular subject for artists throughout the centuries. However, it is not easy to adequately depict this vessel because the description in Genesis 6 is very brief. To paint a complete picture, the artist must assume some important details.

As the invention of Gutenberg’s movable-type printing press in the 1400s made rapid and widespread distribution of the Holy Scriptures possible, Noah’s Ark quickly became the subject of lavish illustrations. Many designs were pictured, and some were more biblical than others. Often, artists distorted the biblical specifications to match the ships of the day. For instance, the picture shown in the sidebar (labeled 1493) has the hull of a caravel, which was similar to two of the small sailing vessels used by Christopher Columbus in 1492. 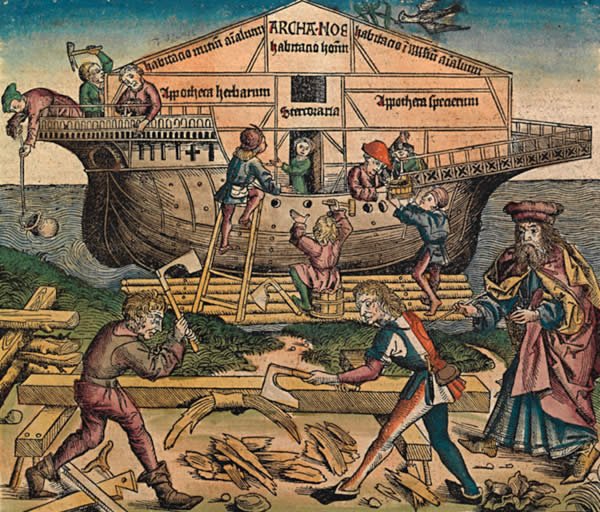 Artist’s depiction of the construction of Noah’s Ark, from H. Schedel’s “Nuremburg Chronicle” of 1493. 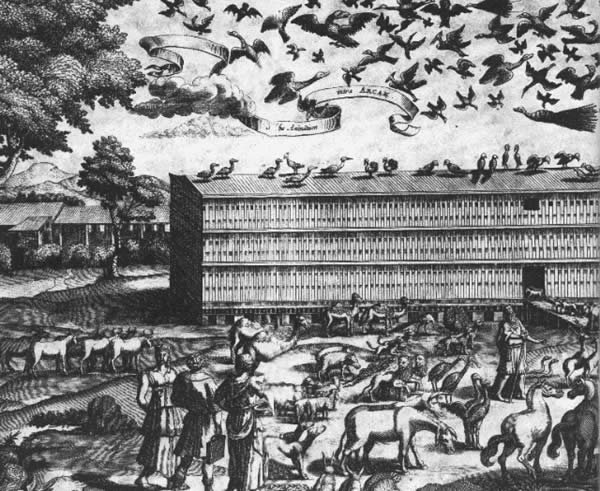 Athanasius Kircher was careful to follow the Bible’s instructions and used a rectilinear hull, based on the dimensions in Genesis 6:15, including three decks, a door in the side, and a window of one cubit. 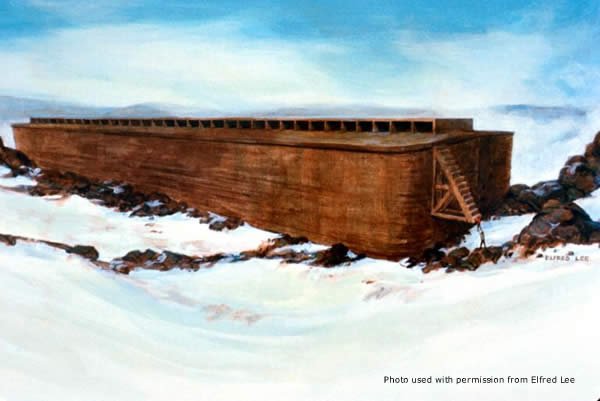 This 1985 painting by Elfred Lee was completed after multiple interviews in the early 1970s with George Hagopian, an “eyewitness” of a box-shaped ark.

Unlike most other artists, Athanasius Kircher (a Jesuit scientist, 1602–1680) was committed to accurately depicting the massive Ark specified in Genesis. He has been compared to Leonardo da Vinci for his inventiveness and his works’ breadth and depth. This early “creation scientist” calculated the number of animals that could fit in the Ark, allowing space for provisions and Noah’s family. His realistic designs (see sidebar, labeled 1600s) set the standard for generations of artists.

For the next two centuries, Bible artists stopped taking Noah’s Ark quite so seriously, and ignored the explicit biblical dimensions in their illustrations. These artists simply reflected the scholars of the day, who had rejected the Bible’s history of the world. Few Christians living in 1960 had ever seen a biblically based rendering of Noah’s Ark. Cute bathtub shapes and smiling cartoonish animals illustrated the pervasive belief that Noah’s Ark was nothing more than a tool for character-building through fictionalized storytelling.

Then in 1961 Dr. John Whitcomb and Dr. Henry Morris published The Genesis Flood, which made sense of a global cataclysm and a real, shiplike Noah’s Ark. This book thus began the modern creationist movement.

The primary focus in The Genesis Flood was the size of the Ark and its animal-carrying capacity. A block-shaped Ark was ideal for this, easily suggesting that the Ark had plenty of volume. Later studies confirmed that a ship with a rectangular cross-section 50 cubits wide and 30 cubits high was stable. Images of a rectangular Ark strikingly similar to Kircher’s design rendered centuries earlier began to appear in publications (see sidebar, labeled 1970s–1980s).

The next few decades saw another popular phenomenon—the search for Noah’s Ark. Documentary movies and books claimed Noah’s Ark was hidden on Mt. Ararat, and prime-time television broadcast some mysterious photos of dark objects jutting out from the snow. George Hagopian was one of the first modern “eyewitnesses” who purported to have seen a box-shaped Ark. And so it happened—Noah’s Ark was illustrated worldwide as a box.

As history has shown, artists in each generation have defined Noah’s Ark according to the cultural setting and what they knew at the time. While we used to see variety in the shape of the Ark, more recent depictions have seemingly locked into the box shape. But new insights—in keeping with the biblical specifications of the Ark and conditions during the Flood—suggest that it’s time we start thinking “outside the box” (see Thinking Outside the Box for further discussion on the shape of the Ark).

Visit www.worldwideflood.com/general/ark_history.htm to see more pictures of how Noah’s Ark has been represented throughout history.

Previous Article Flood Legends Next Article Thinking Outside the Box