It seems obvious to everyone today that species change. In fact, the variety within each created kind is sometimes mind-boggling. But changing species wasn’t so obvious 150 years ago. In fact, the prevailing view was called “fixity of species”—the belief that each species was created in the same form we find today. Where did this belief come from?

Before the time of Charles Darwin, a false idea had crept into the church—the belief in the “fixity” or “immutability” of species.1 According to this view, each species was created in precisely the same form that we find it today. In his famous book, On the Origin of Species, first published in 1859, Darwin set out to demolish this widespread view.

Darwin showed how the fixity of species ran counter to all the evidence he had been collecting for twenty years. His book managed to convince most scientists that species were not fixed or unchangeable. In the process, the church was proved wrong, with tragic consequences.

But what did Darwin really find? What does the Bible actually say?

The Bible Was Not the Problem

To his credit, Darwin corrected a popular misunderstanding. Species do change. Since Darwin’s day, many observations have confirmed this. In fact, new species have even been shown to arise within a single human lifetime. For example, one study gave evidence that sockeye salmon introduced into Lake Washington, USA, between 1937 and 1945 had split into two reproductively isolated populations (i.e., two separate species) in fewer than 13 generations (a maximum of 56 years).2

“All the most eminent palaeontologists . . . and all our greatest geologists . . . have unanimously, often vehemently, maintained the immutability of species. . . . I feel how rash it is to differ from these great authorities, to whom, with others, we owe all our knowledge.”
—On the Origin of Species, pp. 310–11

Was the Bible really wrong about species fixity? Contrary to the accepted wisdom of Darwin’s day, the Bible nowhere teaches that species are fixed and unchanging (in fact, it does not even use the word species). Rather, the book of Genesis refers to “kinds” (Genesis 1:11, 12, 21, etc.) and suggests that living things have had a very dynamic history. For example, as a consequence of the Fall, some animals became predators, and disease entered into the world. And after the Flood destroyed life on earth, God commanded the creatures on the Ark to “breed abundantly in the earth, and be fruitful, and multiply upon the earth” (Genesis 8:17, KJV).

The problem was that by the 1700s, church leaders had embraced a view of “species” based on ancient Greek philosophy, and they were teaching this “tradition of men” as biblical truth (Colossians 2:8).

The church’s compromise on Scripture’s authority had dire results. While Darwin was right to argue that species change, he went too far. He should have gone back to Scripture to see what it really said. Instead, he ignored the biblical data and assumed that all creatures descended from a single common ancestor over millions of years.

The Source of the Problem—Aristotle’s Unchanging “Essences”

One of the most important influences on the development of the “species” concept came from Greek philosophy.3 In the fourth century before Christ, Aristotle had taught that every entity was characterized by an eternal and unchanging set of features or form—its immutable “essence.” Such “essentialist” thinking was hugely influential and was eventually applied in biology, leading to belief in the immutability of species.

Of course, Aristotle did not believe in biblical creation, but many Christians who later adopted his ideas did. Thus, by the seventeenth century, the concept of the immutability of species had become linked to belief in their separate creation. The Swedish botanist Carolus Linnaeus, famous for laying the foundations of our modern biological classification system, expressed his essentialist thinking like this: “We count as many species as there were created forms in the beginning.”4

In this way, a Greek philosophical concept became Christianized. Although it was given a biblical facade, this belief was really rooted in Aristotelianism.

Species Fixity Doubted Even before Darwin 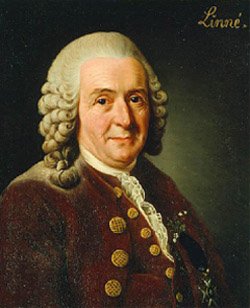 The Greek philosophical concept of fixity was Christianized by Carolus Linnaeus and others who adopted Aristotelian ideas that everything is unchanging. Linnaeus later changed his mind after learning about a new plant that appeared to have been bred from two other species.

While Linnaeus’s name is closely linked with belief in species fixity, he changed his mind later in life. He was intrigued by an unusual plant specimen that was brought to his attention. Its combination of characteristics from other species led him to conclude that it was a hybrid, a cross between two existing species. Here was an evident challenge to the popular notion that species were fixed and unalterable. For Linnaeus, the implications were astonishing, and he eventually accepted that new forms had arisen by intermingling of the species that God had created.

Another significant figure who questioned species fixity before Darwin was William Herbert, an English botanist and clergyman who became Dean of Manchester in 1840. Although he believed in an old earth, he did accept the idea of a global flood. In Herbert’s view, modern species had arisen within the created kinds in response to the environmental changes that took place in the aftermath of the Deluge.5

The peculiar notion of species fixity was headed for the trash bin, with or without Darwin’s book.

Continuing Debate About the Mechanism of Speciation

After 1859, people responded in different ways concerning Darwin’s ideas about the variability of species.6 Most biologists quickly accepted evolutionary ideas, although debate about the mechanism of evolution continued to be heated. In fact, Darwin’s views about natural selection were almost discarded, for a time, because the evidence was ambiguous and inheritance was poorly understood (see “Creation’s Hidden Potential,” p. 70). Meanwhile, a group of anti-evolutionists bitterly opposed Darwin and all that he stood for, often championing species fixity with poorly informed arguments.

Another group, usually overlooked today, accepted species variability but argued for a more limited kind of change than that proposed by Darwin. Among these was the German entomologist and Jesuit Erich Wasmann, who did not accept the common ancestry of mammals, birds, and reptiles.7 Another was the Englishman Harold C. Morton, who advocated a theory of “parvolution,” or evolution within limits (from the Latin parva, meaning “small”).8

The truth lies somewhere between these two extremes: yes, species change, but variation has clear limits.

In the USA, early young-age creationists were independently developing similar ideas. For example, in the early 1940s, biologist Frank L. Marsh argued that new species were produced within the original created kinds that God had made. Marsh coined the term baramin from two Hebrew words used in Genesis 1 meaning “created kind,” and his ideas led to the founding of the modern scientific discipline of baraminology (see “Building a Community for Discovery,” p. 76).9

This brief survey makes it clear that creationists have had a variety of views on the nature of species since at least the time of Linnaeus. Sadly, Darwin overreacted to the mistaken essentialist view that dominated nineteenth-century Victorian England, dumping Christianity and the Bible along with it. The result was the triumph of evolutionary thinking in the twentieth century.

Modern creationists need to challenge both the unbiblical essentialist ideas that underlie species fixity and the naturalistic ideas that underpin evolution from a common ancestor. The truth lies somewhere between these two extremes: yes, species change, but variation has clear limits (see “The Discontinuity of Life,” p. 88). In the twenty-first century, we face the exciting challenge of re-thinking the history of life from a truly biblical perspective.