1.6 Adaptation and Ecology: The Marvelous Fit of Organisms to Their Environments

We’ve looked now at molecules, bone patterns, and embryonic development, but the clearest and simplest evidence of creation is “the marvelous fit of living things to their environment.” In the Scientific American book Evolution, Harvard evolutionist Richard Lewontin1 says that “the marvelous fit of organisms to their environment . . . was [and I say is] the chief evidence of a Supreme Designer.” In fact, Lewontin says that organisms “appear to have been carefully and artfully designed.” Lewontin himself sees it only as a tough case to be solved by evolutionary theory, but other scientists might logically infer from their observations that living things were “carefully and artfully designed.”

There are literally thousands of examples of the unique adaptations that suit each type of organism for its special role in the web of life (Figure 9). The fantastic features of structure, function, and behavior that make the honeybee so wondrous, for example, are familiar to almost anyone. But then there’s cleaning symbiosis; the explosive chemical defense system of the bombardier beetle; the navigational skills of migrating reptiles, birds, fish, and mammals, etc. Jobe Martin continues the list in a captivating series of videos called “Incredible Creatures That Defy Evolution.”2 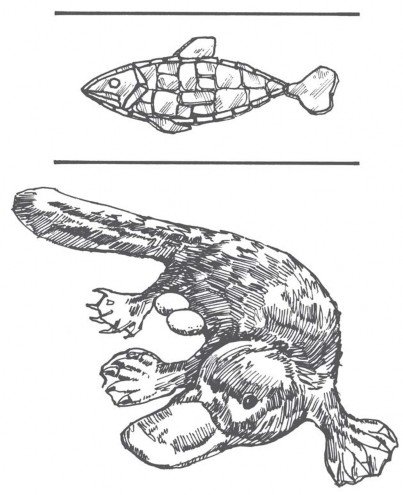 Figure 9. As evolutionist Lewontin acknowledges, living things “appear to have been carefully and artfully designed.“ Each type possesses various features complete and well fitted into the whole, like the tiles in an artist’s mosaic. Although other animals share such adaptations with the platypus as milk glands, a leathery egg, and electric-signal sensitivity, it seems to me that all these could be put together into a single fascinating, functioning whole only by plan, purpose, and special acts of creation.

The woodpecker is a marvel of interdependent parts or “compound traits,” now popularly called “irreducible complexity”—traits that depend on one another for any to have functional value. When a woodpecker slams its head into a tree, the deceleration experienced is many times gravity. The nerve and muscle coordination must produce a dead-on hit; a slip to one side or the other could virtually wrench the cover oﬀ the brain! The eyelids snap shut when the beak strikes its target. Some scientists say that’s to keep wood chips out of the eyes; others say it’s to keep the eyeballs from popping out of their sockets! Both may be right!

For such drilling, a woodpecker obviously needs a tough bill, heavy-duty skull, and shock-absorbing tissue between the two. But if the woodpecker were put together by time and chance, without any planning ahead, which part came first? Suppose, just by chance, a baby bird is born with a tough bill. It decides to try it out. WHACK! It throws its head into a tree. The bill is just fine, but it squishes in the front of its face. One dead bird, end of evolutionary story!

But maybe I got it backward. Maybe, just by chance, a baby bird was born with a heavy-duty skull. WHACK! It throws its head into a tree. This time its skull is okay, but its bill folds up like an accordion. There’s no evolutionary future in that either!

In fact, neither the tough bill nor the heavy-duty skull would have any functional survival value until both occurred together—along with the shock-absorbing tissue, nerve and muscle coordination, etc.! That’s no problem if the woodpecker were put together by plan, purpose, and a special act of creation. We expect drilling tools created by people to have interdependent parts that must all be completely assembled before the machine works. That’s just good sense, and good science. We would surely expect no less from the perfect devices created by God!

There’s more. At least since death entered the world, some woodpeckers are doing more than just drilling holes to store acorns. They’re looking for bark beetles. The beetles hear all this pounding, of course, so they just crawl further down their tunnels. Some types of woodpeckers that are looking for bark beetles need more than just drilling tools; they need long, sticky tongues.

But if a bird gets a long, sticky tongue just by chance, what’s it going to do with it? Dangling out of the bill, the tongue gets bit or even stepped on. As the bird is flying over a twig, the tongue could wrap around the twig and hang the hapless “pre-woodpecker.” The answer for the woodpecker is to slip its tongue attachment into a muscular sheath that wraps around the skull under the scalp and inserts into the nostril! That makes good sense (and good science) if you’re planning ahead, but poses real problems if your faith is in time and chance, trial and error. (Except in video games, you don’t get another trial if the error is fatal!)

Evolutionists believe (like I once did) that all adaptations begin with time and chance, that is, with random changes in DNA and hereditary traits called mutations. In evolutionary theory, those chance mutations that suit an organism better to its environment are preserved by the process called natural selection. But natural selection can’t act until the favored traits arise by mutation, i.e., by time and chance.

Well, what about mutations? Mutations certainly do occur, and they are responsible for perhaps 5,000 hereditary defects in human beings alone. Could mutations and selection working together (time, chance, struggle, and death—TCSD) produce the coordinated set of structural and behavioral adaptations necessary to originate the woodpecker? Let’s see what two well-known biologists have to say about that.

Early creationists were primarily Christians, and that was often used as an excuse for ignoring their scientific arguments. When Michael Denton exposed Evolution: A Theory in Crisis to the secular community, a number of scientists got interested in design evidences divorced from deity, and the influential movement called Intelligent Design, or ID, was born.

Biochemist Michael Behe coined the term irreducible complexity, which has become the watchword for ID. Before it can function to catch mice, he illustrates, a mousetrap must have several parts working together (e.g., platform, spring, holding bar, hammer, catch). Its function is “irreducibly complex,” i.e., it can’t function at all with parts fewer than these. The same is true for many “molecular machines” within living cells, as Behe argues persuasively with multiple detailed examples in Darwin’s Black Box (and as I tried to illustrate with the woodpecker above). The Darwinian concept of step-by-step evolution by mutation-selection requires survival rewards AT EACH STEP, and Darwin said his theory would be falsified by any example of adaptation that could not be built one step at a time. Behe falsifies Darwinian evolution many times over, but then continues on to present the scientific support for intelligent design on a secular basis.4

Here’s a brilliant scientist whose observations of the living world force him to postulate at least an impersonal creative force. Here’s a scientist who recognizes that intelligent design can be logically inferred from observations of certain kinds of order, even when he does not say who or what the creative agent is.

Garrett Hardin,5 a noted biologist and textbook author, seems to go even further than this in an old, but timeless, Scientific American book on adaptations and ecology, 39 Steps to Biology. The first section, titled “Fearfully and Wonderfully Made” (a phrase from Psalm 139), describes several marvels of adaptation often used as evidence of creation. In the second section, “Nature’s Challenges to Evolutionary Theory,” Hardin discusses other remarkable relationships which, he says, “are only a few of the unsolved puzzles facing biologists who are committed to the Darwinian [evolutionary] theory.” Then he openly wonders, “Is the [evolutionary] framework wrong?” That is, do our observations of the living world force us, at least for the present, to rule out evolution as an explanation for origins? (Figure 10). 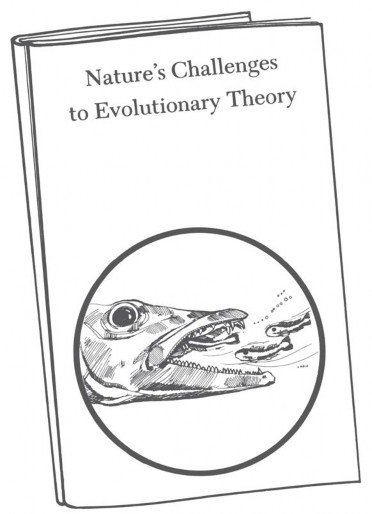 Figure 10. Marvels of adaptation are described under the heading “Nature’s Challenges to Evolutionary Theory” in a Scientific American book edited by Garrett Hardin. Even though he’s an evolutionist, Hardin asks, “Is the [evolutionary] framework wrong?” Then he goes on to ask, “Was Paley right?” when he said the kind of design we see in the living world requires a Designer. Then, in an expression of open-ended fairness that everyone can appreciate, Hardin concludes, “Think about it!” Think about it.

Hardin doesn’t stop there. He goes on to ask, “Was Paley right?” If you’re like me, you never heard of William Paley, but Hardin explains. Paley was a thinker in the 18th century who argued that the kind of design we see in the living world points clearly to a Designer. Then the evolutionists came along in the 19th century and argued that they could explain design on the basis of time, chance, struggle, and death that did not require a Designer. Now, said Hardin in the 20th century, “Was Paley right” after all? Do the kinds of design features we see in living things point clearly to a Designer? Paley was not thinking of an “impersonal creative force”; he was thinking, instead, of a personal Creator God.

Previous Chapter 1.5 Embryonic Development Next Chapter 1.7 Think About It!