When we are children, our lives are full of adventure both real and imaginary. I remember days searching for buried treasure and exploring new lands. The interesting thing about growing up and doing research is that we’re able to continue exploring our world for things of old, things never seen before, and everything in between. For instance, the Tasmanian tiger, also known as a Thylacine, is giving researchers quite an adventure.

The Tasmanian tiger was thought to have been hunted close to extinction in the mid- to late 1800s. Inhabitants of Tasmania, where these Thylacines originated, were hunting them based on the belief that the Tasmanian tigers were attacking sheep herds. A few of the tigers were living in several zoos in the early 1900s, most notably in Tasmania’s Hobart Zoo. Despite attempts to breed them, none of the zoos were ever successful. Because Thylacines were so geographically limited, it was also believed to limit their genetic diversity; so when a major epidemic spread through the captive animals, it wiped out the remaining living Thylacines. 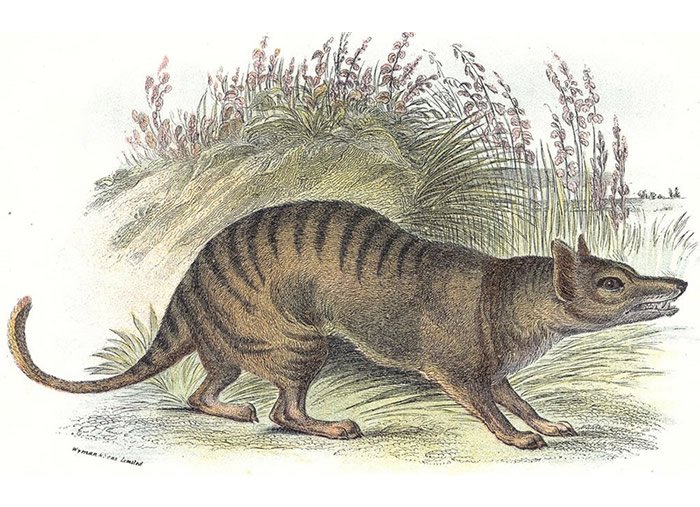 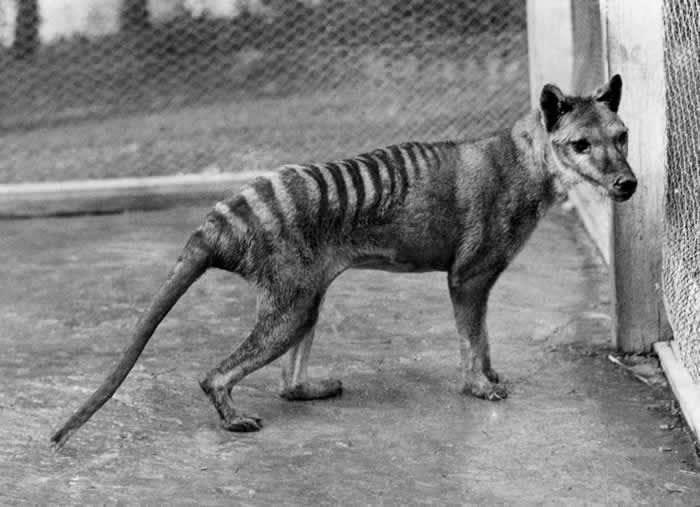 Tasmanian wolf. Image by Benjamin A. Sheppard, via Wikimedia Commons.

The day the world lost the last known Tasmanian tiger, we lost quite an interesting specimen of God’s creation. Though Thylacines looked similar to a dog with tiger stripes, they were marsupials with a pouch like a kangaroo. These characteristics place them within the Tasmanian wolf kind, separate from that of dogs and kangaroos. This means Noah would have had two Thylacines on the ark. They were medium sized, standing two feet tall at the shoulders and three to four feet long with a tail half that length. Their posture and the way they walked were both unique from that of a dog. They were said to look awkward and were unable to pick up any real speed. However, they could shift their weight to their back limbs and actually hop like a kangaroo for short periods. Another unique finding was that the Tasmanian tiger could open its mouth at an impressive 80 degrees, as can be seen in videos from Hobart Zoo.

Their feet were also fascinating. Unlike other local animals like foxes, wombats, and Tasmanian devils, the Tasmanian tiger had a very large main foot pad and four small toe pads aligned in an almost perfectly straight line. The front paws had five toes while the back paws had four toes. It is this unique footprint that has launched a new generation of researchers to look for living Tasmanian tigers. 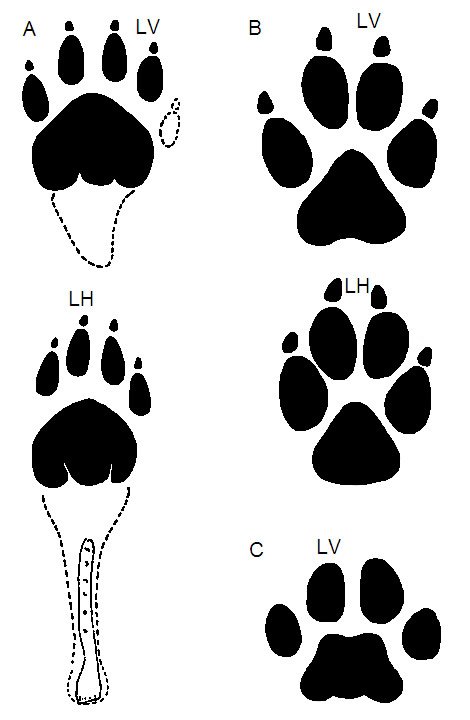 Sightings of Thylacines have been reported over the years. Some are from explorers; many are from indigenous people groups who send hunters deep into the jungle or high up on the mountains. Our own Wild Brothers have even been able to join in on the search. Friends of the Wild Brothers showed them paw prints that have the unique pattern resembling the Thylacine’s. Over the last several years, the Wilds have worked hard trying to locate areas where the Tasmanian tiger may be living. They have hiked many miles and taken lots of pictures with their camera stations in search of this elusive creature.

Even though it would be great to find a living Tasmanian tiger, there are still other areas of research currently going on. Researchers are working hard to create a database of all the current preserved specimens of Tasmanian tigers. They are not only cataloging what they have but also defining characteristics along with length and size of bones and paw print casts. This is an open project that even graduate students are able to join in and help with. Researchers are also working on mapping the genetic code of the Thylacine. Some are hoping that if they get enough information, they may be able to clone a Thylacine.

There are many more miles to be hiked, prints to be tracked, pictures to be analyzed, and specimens to study before we have a better picture of what is currently going on with the Tasmanian tiger. However, it is encouraging that modern day researchers, both evolutionists and those that believe in the Bible’s account of creation, agree there is a possibility that Tasmanian tigers are still out there. Though this possibility makes sense to creation scientists, it is a quandary for many evolutionists who believe that once a species is classified as extinct the matter is closed or that the ecological system from which the species left has now rebalanced without that organism. The Thylacine is not the only organism that has been or will be found alive after being presumed extinct.

This is just another example of how animals of the same kind continue to be the same kind, no matter how geographically isolated they are or how long they have avoided the camera’s eye. It is more evidence that God’s Word is truth and continues to be true despite scoffers. His adventures are always real, and He will never lead us to imaginary treasure but to the real treasure of a relationship with Him through His Son, Jesus Christ.