Slow Loris: Fuzzy Can Be Fatal

The slow loris’ large eyes have a reflective layer to help them see in almost total darkness.

In the quiet dusk of Sri Lanka in 1905, British archaeologist John Still was startled by a threatening hiss coming from his room. He fetched a stick and hurried inside to see the silhouette of what appeared to be a swaying cobra with expanded hood, hissing at a cat as if about to strike. But upon closer look, he realized the cobra was in fact a loris he had been keeping.

Although lorises look like they’d make cuddly pets, they are deceptively dangerous. In fact, one species, the slow loris, is among the few venomous mammals and is the only venomous primate. This paradox of a primate is both a tribute to the Creator’s protective provision and a testimony to the ravaging effects of the fall. 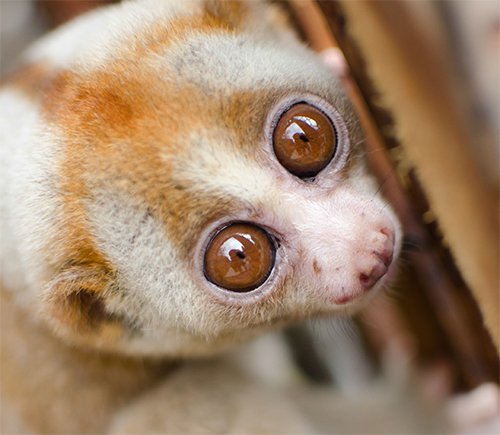 The slow loris' eyes are large and have a reflective layer, called the tapetum lucidum, to help them see better at night.

Slow lorises are small primates that dwell in the jungles of Southeast Asia. While other primates like monkeys swing and leap through the trees, slow lorises sneak across branches. Even the quicker members of the loris kind, the slender lorises and the pottos, climb at a cautious pace. But if you’re tempted to think slowness is a handicap, not so fast. The slow loris’ sluggishness contributes to a feature called crypsis—the use of stealth to avoid predators and to hunt.

Though not trapeze artists, slow lorises are talented climbers. Their thumbs and big toes are situated at a 180º angle from their other digits so they can clamp tightly to branches. If you’ve ever been rock climbing, you know it’s necessary to train your forearms and hand muscles to maintain a grip for long periods of time. But slow lorises are built from birth to get a good grasp on things. Their legs and arms are equipped with a special net of blood vessels called a rete mirabile. This feature helps flush away lactic acid (a waste product that hinders muscle performance) and provides adequate oxygen for muscles, ensuring the veins don’t collapse while slow lorises are hanging out.

Beware slow lorises, which come to you in cute clothing but inwardly are venomous snakes! Under that fluffy fur lurks a secret weapon: venom. An underarm gland releases an oily secretion, but the toxin becomes potent when mixed with saliva. After licking the area around the gland, slow lorises comb the toxin into their own fur or their young’s fur with specialized bottom teeth. This toxin is used to ward off parasites and scent-oriented predators.

Some of the toxin remains in their mouth so they can deliver a deadly bite. But slow lorises don’t seem to use this venom to subdue their snacks. Instead, they reserve it for potential attackers. Most often though, slow lorises attack each other in battles. The ones who bite best get the mate. The losers are left with festering, slow-healing wounds, and many don’t survive. Human death by slow loris bite is extremely rare, but is reportedly caused by anaphylactic shock.

We still don’t know much about how this toxin works, but we do know that when God made the loris kind on day six of creation, they were not venomous or vicious. The other members of the loris kind have scent glands that do not appear to be venomous, possibly indicating that the slow loris’ glands changed after the fall to produce toxins for a survival advantage. Another possibility is that God preprogrammed slow lorises with DNA that, when expressed, would enable them to protect themselves after the fall.

What John Still experienced in Sri Lanka may not have just been the night playing tricks on his eyes. The reptilian posture, warning hiss, and markings on the slow loris’ face and back really are reminiscent of a serpent. It even has a few extra vertebrae that allow it to bend, twist, and slither.

This mimicry is fairly common in nature. Examples include bugs or frogs that look like leaves and viceroy butterflies that look like distasteful monarch butterflies. From an evolutionary perspective, mimicry would be the result of chance mutations and natural selection. But believers in a biblical creation see mimicry as the result of natural selection and other mechanisms acting upon the variety our Creator built into the DNA of the original kinds.

Like these other creatures with shared designs, slow lorises with their cobra-like qualities show evidence of a single Creator who equipped his creation with the necessary features to survive in the fallen world.

As Christians, we look forward to a time when “the nursing child shall play over the hole of the cobra” (Isaiah 11:8). Perhaps in the new heavens and earth, we can cuddle these furballs without worrying about their bite. 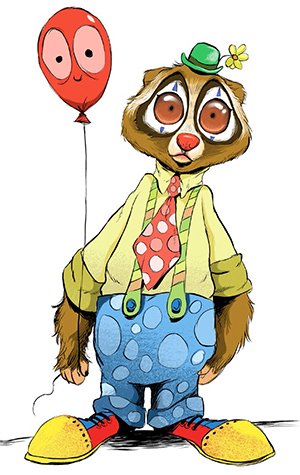 The name loris, a Dutch word meaning “clown,” could have been inspired by the facial features that help define the species.

Some locals attribute supernatural powers to the slow loris. For instance, some believe slow loris blood can cause the soil to become infertile or even cause landslides.

The slow loris can remain motionless for hours at a time.

The slow loris will eat prey such as poisonous insects and deadly spiders, things other creatures avoid. The toxin it brews up may come partly from its disgusting diet.

The slow loris has some of the largest eyes of all primates. Its eyes are front facing for stereoscopic (3D) vision, and the large size helps collect more light. Behind the retina, a reflective layer allows the light to strike the retina a second time so the eyes gather much more light, giving the slow loris the ability to see in nearly complete darkness. 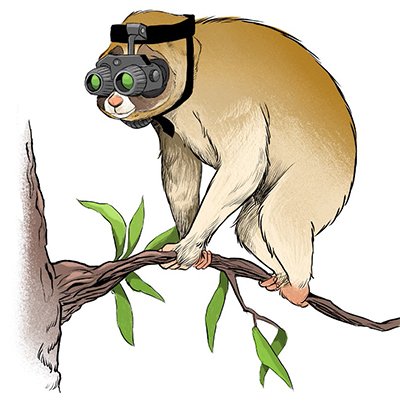 Joel Ebert holds a BS in biology from the University of Wisconsin–Milwaukee. He has taught many subjects in high school science and Bible, including biology, anatomy, and Old Testament survey. He currently teaches at Heritage Christian School in New Berlin, Wisconsin.
Next Article Mother Knows Best