The fennec fox is right at home in the brutal Sahara Desert.

Fennec Fox—My, What Big Ears You Have!

Have you heard? This little creature is all ears.

In the desert twilight, the little canine with gigantic ears is a blur. It flits here and there, leaping distances twice the length of its body, evading the night vision and razor-sharp talons of its arch predator, the eagle owl. At the last moment, as the bird swoops down, the desperate canine dives into a crevice. A close call for the fennec fox, to say the least!

The fennec fox of the Sahara Desert is the smallest member of the fox clan—and probably the cutest. But as much as we like to think that nature is innocent and peaceful, it’s not. When Adam declared his independence from God, our broken relationship with the Creator introduced suffering and death into a formerly very good world. Now, like the rest of fallen creation, the fennec fox faces numerous challenges—such as a gigantic bird looking for a twilight snack.

The Sahara is one of the harshest places on the planet. Temperatures often exceed 100°F (38°C) for days and can vary 30 or more degrees in a 24-hour period. In this place of cloudless days, it rains less than 4 inches per year. But the Creator intended the earth to be inhabited, so he has brilliantly equipped the fennec fox to face the desert challenges that radiate its way. 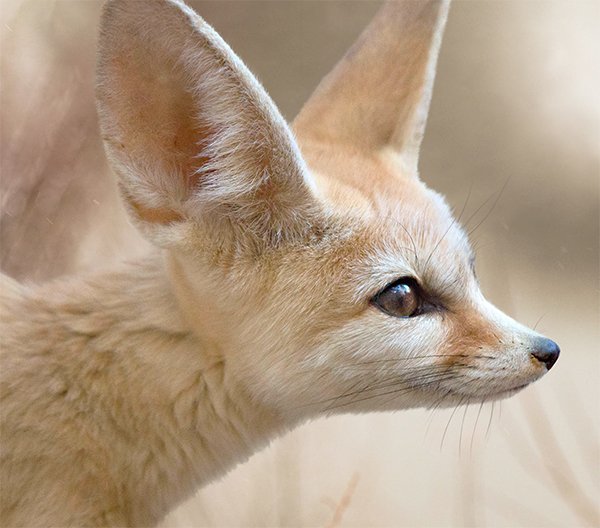 The Better to Hear You With, My Dear

The fennec fox’s huge ears (pinnae) contribute to its preciousness. But more than adorable accoutrements, these ears are one of God’s engineering triumphs. These pinnae account for a quarter of the fox’s full length and are the largest ears compared to body size of any canine. They can funnel the minutest sounds to the brain for analysis. This ability comes in handy during night maneuvers. The fennec fox will stop and move its head to and fro as it triangulates the nearly imperceptible pitter patter of tiny bustling legs under the sand. Those legs belong to creatures like insects, rodents, and lizards—in other words, the fennec fox’s dinner.

But those super cute ears do more than funnel sound. They also act as air conditioners to keep the fennec fox cool during the hot days, regulating its body temperature so it can thrive in parched sands.

It’s Too Hot Out Here!

Fennecs deal with extreme heat through a process called thermoregulation. Here’s how it works. Long ears have a large surface area compared to their body size, making them masterful at diverting lots of very warm blood from the fox’s interior to just under the skin. With so much ear area for the blood to fill and with the ears being so close to the outside environment, heat leaves the fox quickly, cooling him. As a matter of fact, ecologists have noticed that foxes living in freezing climes have smaller ears much closer to the body. You can probably explain why smaller ears help the Arctic fox. Yep. Less body heat is released into the environment, so they stay warmer.

In addition to having air conditioner ears, the fennec can pant. As it pants, water in its mouth evaporates into the environment and whisks the heat away, further cooling it down.

Fur also helps the fennec fox thermoregulate by keeping out excess heat during the day and keeping warmth in during cold nights. Its tiny paws are also heavily furred to protect the toe pads from the intense heat of the sand. As an added perk, furry feet give the fox traction to traverse rolling Sahara dunes.

God has equipped this adorable canine to thrive in a fallen, harsh habitat. In the same way, though Adam caused a breech in our relationship with God, Jesus restored that separation by his death and resurrection. When we trust him with our lives, he also gives us all we need to thrive in a world filled with sin and death. Our secret to thriving is to embrace his unconditional love and radiate that love to others (John 13:34–35). 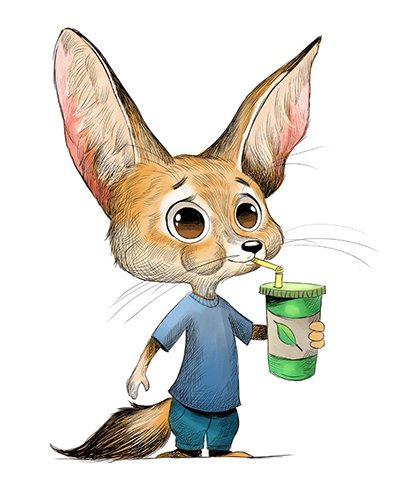 Fennec foxes can live without ponds and streams because they get water from their mixed diet of plants and animals.

Despite their small size, fennec foxes can jump 2 feet (0.6 m) vertically and 4 feet (1.2 m) horizontally—from a standstill! It would be like a human jumping nearly 20 feet, or more than the length of a full-size pickup truck.

Most fox species tend to keep to themselves, but fennecs are one of the most social species of foxes. A fennec fox community, which can include up to 10 members, is called a skulk or a leash. 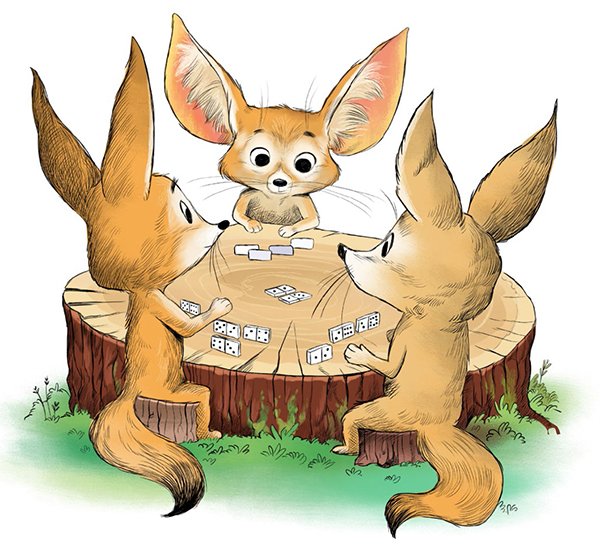 Tom Hennigan is associate professor of biology at Truett-McConnell University, where he teaches organism biology and ecology. He is coauthor of the newest edition of the Wonders of Creation series, The Ecology Book.
Next Article Water in Your Lungs—What a Relief