A Century of Fraud

50th Anniversary of the Discovery of the Piltdown Man Fraud

Later this week, BBC–TV will run a documentary on the Piltdown apeman, ‘the greatest hoax of the 20th century.’ 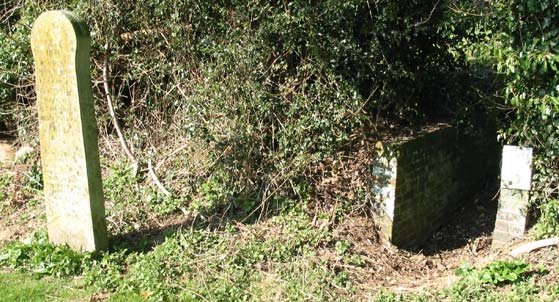 Evolutionary scientists would rather forget about it, or turn it into a cute detective story. Later this week, BBC–TV will run a documentary on the Piltdown apeman, “the greatest hoax of the 20th century.”

Expect documenters to present a silly story that evolutionists believe should be forgotten in the gravel pit of history.

In fact, historical revisionists claim that the Piltdown hoax is evidence of the strength of evolutionary “science” because it is self-correcting—given time, scientists will weed out mistakes and errors. But the real question is: why did it take so long for scientists to discover such an obvious fraud? The obvious answer is that scientists are so blinded by their faith in human evolution and “missing links” that they “see” things that just aren’t there.

For those who believe in the biblical account of history and human origins, the Piltdown man fraud could be considered “the greatest example of evolutionary gullibility of the 20th century.” The faked human skull and orangutan jaw, crudely doctored to look like fossils, were touted as a missing link and proof of human evolution, until they were exposed as a fraud in 1953—about 40 years after their discovery.

During his recent trip to England [see Busy in Britain], Ken Ham, president/CEO of AiG–US, went hunting for the site of the famous “discovery” of the Piltdown man, located in a gravel pit near the hamlet of Piltdown.

It’s on private property, and it appears that most people would like to forget the whole incident. 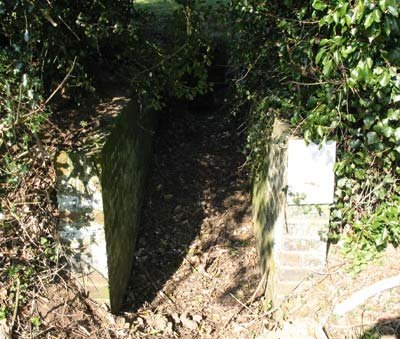 The gravel pit where the skull and jaw were “discovered.” 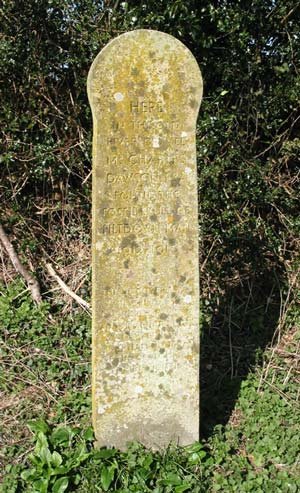 The monument to this shameful example of evolutionists’ gullibility. 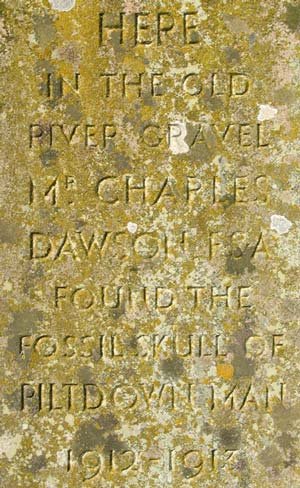 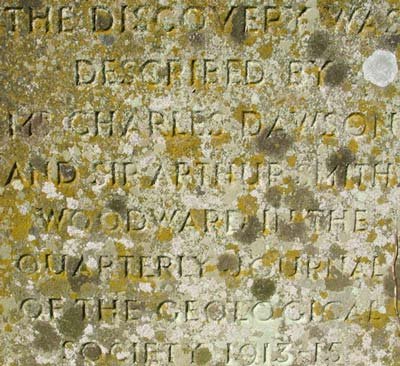 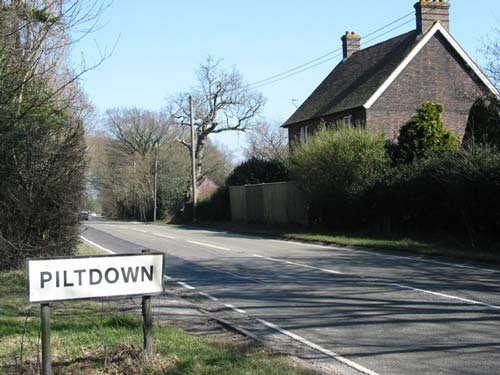 The nearby town, which gives its name to the Piltdown man fraud. 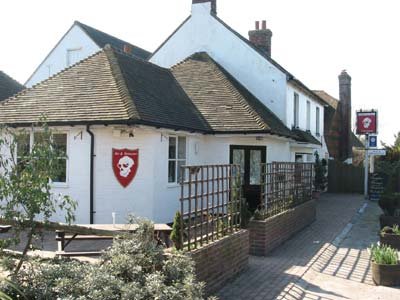 A good time to remember the real lessons of Piltdown

The 50th anniversary is a good time to remember the lessons of this embarrassing incident. The debate over human evolution is really not about science, but about starting points. Good science, if it begins with the correct starting point (God’s infallible, eyewitness account of history in Scripture), would never fall for a Piltdown man. The same is true of many other frauds pushed on a gullible public, including Haeckel’s embryo drawings, the peppered moths story and National Geographic’s fake “feathered dinosaur” Archaeoraptor.

The best “evidence” for evolution keeps changing. At the Scopes “monkey trial," Piltdown man was the main evidence for human evolution. While evolutionary scientists keep getting it wrong; the Bible never changes.