“They Are Digging in the Wrong Place!”

In the movie Indiana Jones and the Raiders of the Lost Ark, there was a medallion that ultimately gave calculated directions to the precise location where the Ark of the Covenant was hidden—a lost, buried city. On both sides, the medallion was engraved with calculations for making a staff on which to attach the medallion. 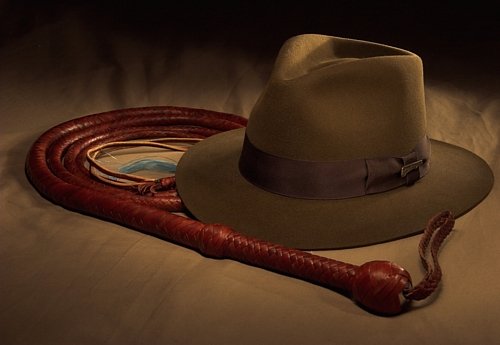 Image by Gary2880, via Wikimedia Commons.

So why is this significant?

Evolutionary Diggings . . . in the Wrong Place Too?

Each year there are many headlines, books, technical articles, and videos about another supposed missing link—a supposed link between a land mammal and whale, a dinosaur and bird, an ape and human, and so forth. Usually, these are quite easy to refute by anatomical features.

Nevertheless, these alleged missing links rarely make creationists cringe. I think it frustrates some of the evolutionists because they think they have found some sort of knock-out evidence that they interpret as support for evolution. But creationists rarely bat an eye.

Well, I’m going to let you in on a secret as to why creationists rarely take notice of these alleged missing links. It is because the evolutionists are digging in the wrong place—just like the bad guys in Indiana Jones. When you don’t have the correct information, you can miss the mark significantly.

What Do You Mean by “Digging in the Wrong Place”?

Typically, evolutionists are searching for alleged human missing links in the upper strata like Pleistocene and Pliocene (bolded).

In a general sense, evolutionists look for alleged dinosaur-to-bird missing links in the Cretaceous and Paleocene (bolded).

But here is the problem. The rock layers from Cambrian to Miocene—at least mapped in the mountains of Ararat (Genesis 8:4)—were from the Flood.2 Miocene and Eocene rock is intricately part of the makeup of the mountains of Ararat, as is Cretaceous and Triassic (many times inverted, lying above the Miocene and Eocene). Since that time, the upper strata are post-Flood strata—such as Ice Age layers and recent volcanic flows. I understand creationists debate about tertiary sediment (Paleocene through Miocene) and encourage you study this further.3

This table shows the biblical timescale of the geologic layers in the region of the mountains of Ararat.

So when evolutionists say they found a transitional form between an ape and a human in Pliocene rock, creationists hardly flinch. Evolutionists are looking at the rock strata and the age of the earth incorrectly because humans were around long before that rock was ever laid down! Furthermore, humans existed when the Cambrian rock was laid down during the Flood. To go one more step, mankind had dominated the earth for over 1,600 years before the Cambrian rock was laid down!

When someone says that they found a transitional form between a dinosaur and a bird in the Paleocene, again, creationists hardly think twice. Both specimens died the same year in the same Flood and are not related. This is why finding feathers in the rock layers “before the dinosaurs” is not a problem for creationists.4 Nor is it a problem when we find theropod dinosaurs (which supposedly evolved into birds in the evolutionary story) that had eaten birds in lower Cretaceous rock.5

Indeed Digging in the Wrong Place . . .

If evolutionists want to get creationists to take notice, then they need to find all these alleged transitional forms in the pre-Cambrian (essentially pre-Flood) rocks. But keep in mind that we had over 1,600 years of erosion and rock strata where people and animals did coexist before the Flood.

Consider the evolutionists for a moment. Would they be convinced if a researcher found a body of a person preserved from the Mount St. Helens eruption and claimed it was the earliest human ancestor? Not at all, because that sediment came from a catastrophe that happened well after people were around. It is the same with the Flood and post-Flood sediment. It was formed after people, birds, whales, and all other creatures were around.

The point is that evolutionists keep digging in the wrong place, yet they wonder why we hardly take notice. Well . . . this is why.

So Why Don’t Evolutionists Look at Flood Rock and Recognize It as “Flood Rock”?

Biblical creationists presuppose the Bible’s truth and subsequently the true history of the earth—including Noah’s Flood. Evolutionists have presuppositions too, albeit, false ones, but presuppositions nonetheless. This is why when evolutionists look at Flood rock they unwittingly believe that the rock was actually laid down slowly and gradually over long ages. I suggest they have been indoctrinated to believe such stories as gradual rock accumulation over millions of years which has never been observed or repeated. Thus, the concept of millions of years is not in the realm of science but interpretation.

A correct worldview can help researchers get back on the right track and have a correct understanding of Flood rock and evidences. Let God be true and every man be found a liar (Romans 3:4).