The Cambrian Explosion—An “Illusion of Animal Communities Which Never Existed?” 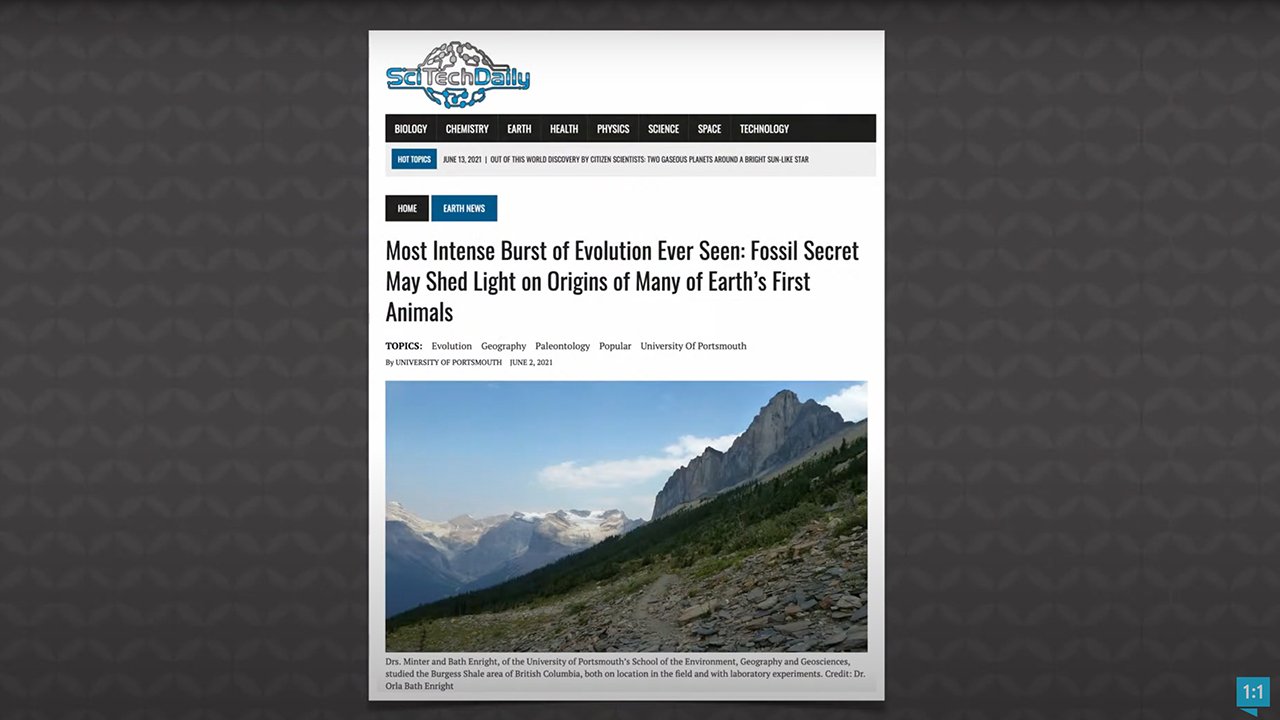 What does it mean when you find fossils buried together? I’ve asked this question to audiences across the world for many years. The answer? It means they were buried together! Evolutionists often use fossils from the same stratigraphic layers and geographical area to construct a model of the ecosystem during that supposed epoch of time. But they weren’t there, so how can they know all those creatures lived together and weren’t just buried together? Well, scientists in Canada are asking the same question.

These scientists examined well-preserved fossils from Cambrian rock layers, modeling how these fossils might have been moved and buried by mudflows. Their fieldwork and laboratory tests concluded that—contrary to long-held assumptions—the creatures buried together in the fossil-rich Burgess Shale might not have all lived together. Instead, creatures might have been transported many miles in mudflows without being damaged before being buried and preserved together, thus creating “the illusion of animal communities which never existed.”

It has been assumed that because the Burgess Shale fossils are so well preserved, they couldn’t have been transported over large distances. However, this new research shows that the general type of flow responsible for the deposits in which they were buried does not cause further damage to deceased animals. This means the fossils found in individual layers of sediment, and assumed to represent animal communities, could actually have been living far apart in distance.

Rock layers, and the creatures buried in them, aren’t really snapshots of past ecosystems from millions of years ago.

Rock layers, and the creatures buried in them, aren’t really snapshots of past ecosystems from millions of years ago. Those rock layers and fossils were formed during the global flood when mudflows were flowing, volcanos were polluting the atmosphere and depositing thick layers of ash, the fountains of the great deep were bursting from massive fissures in the ground, thick rain was pouring from the sky, and tidal waves were wreaking havoc on soon-to-be-devoured coastline communities. It was a catastrophic time like no other!

Fossils give us some indication of the creatures and ecosystems that existed before the flood, but we must remember that it was a world being destroyed by a world-altering global flood—not a peaceful world slowly being preserved over eons of time.

The researchers note they don’t know “precisely what caused the mudflows which buried and moved the animals which became fossilized, but the area was subject to multiple flows, causing well-preserved fossils to be found at many different levels in the shale.” Starting with the eyewitness account of history from the One who was there, I can confidently tell them what caused these mudflows—the global flood of Noah’s day! And until they understand the true history in God’s Word, they won’t properly understand or interpret geology or paleontology.

I discussed this item today on Answers News with cohosts Avery Foley and Dr. Gabriela Haynes. Answers News is our twice-weekly news program filmed live before a studio audience here at the Creation Museum and broadcast on my Facebook page and the Answers in Genesis Facebook page. We also covered the following topics: