Basil countered various heresies in his writings and it is clear that, there was a strong link between allegorizing Genesis and all manner of strange interpretations of the rest of Scripture. 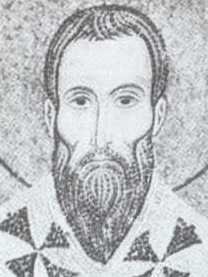 Some accuse creationists of taking an excessively literal view of Scripture, particularly Genesis, and that this view is something of recent origin, that Christians in the early Church took a more allegorical view of things. The writings of Basil show this not to be true.

Basil was bishop of Caesarea Mazaca, Cappadocia, from AD 370–379. He argued strongly against various heresies of that day. In particular, he defended the vital biblical doctrine of the Trinity against the Arian Heresy which denied the deity of Christ, and later against the Sabellian (modalist) Heresy which denied the distinctness of the three Persons. Basil’s classic Trinitarian formula, that God is three Persons (hypostases) in one substance (ousia), is still one of the best summaries of the Biblical doctrine, and is accepted by all branches of orthodox Christianity. [See also the topic pages for God and Jesus for biblical defences of the Trinity and deity of Christ.]

Basil was also a monk, pastor, and church leader. He established charitable institutions, hospitals and schools, and organised famine relief in 368. He greatly improved the lot of lepers in Cappadocia. Basil was greatly admired and respected, and was called ‘Basil the Great’. Soon after his death he was declared a Saint by the Eastern Orthodox Church.

Some of his sermon collections have been preserved, including the Hexaëmeron (= ‘Six Days’), nine Lenten sermons on the days of creation in Genesis 1. Some quotations from this show that Basil believed:

In an instantaneous and recent creation.

Thus then, if it is said, “In the beginning God created”, it is to teach us that at the will of God the world arose in less than an instant, and it is to convey this meaning more clearly that other interpreters have said: “God made summarily” that is to say all at once and in a moment. (Homily I:6)

[Speaking of Day 3:] “Let the earth”, the Creator adds, “bring forth the fruit tree yielding fruit after his kind, whose seed is in itself.” At this command every copse was thickly planted; all the trees, fir, cedar, cypress, pine, rose to their greatest height, the shrubs were straightway clothed with thick foliage. (Homily V:6)

“Let the earth bring forth.” This short command was in a moment a vast nature, an elaborate system. Swifter than thought it produced the countless qualities of plants. (Homily V:10)

[Speaking of Day 5:] “And God said, Let the waters bring forth abundantly the moving creature that hath life” after their kind, “and fowl that may fly above the earth” after their kind.” The command was given, and immediately the rivers and lakes becoming fruitful brought forth their natural broods; the sea travailed with all kinds of swimming creatures; not even in mud and marshes did the water remain idle; it took its part in creation. Everywhere from its ebullition frogs, gnats and flies came forth. For that which we see to-day is the sign of the past. Thus everywhere the water hastened to obey the Creator’s command. (Homily VII:1)

The days of Genesis Chapter 1 were 24-hour days.

“And there was evening and there was morning: one day.” And the evening and the morning were one day. Why does Scripture say “one day the first day”? Before speaking to us of the second, the third, and the fourth days, would it not have been more natural to call that one the first which began the series? If it therefore says “one day”, it is from a wish to determine the measure of day and night, and to combine the time that they contain. Now twenty-four hours fill up the space of one day—we mean of a day and of a night; and if, at the time of the solstices, they have not both an equal length, the time marked by Scripture does not the less circumscribe their duration. It is as though it said: twenty-four hours measure the space of a day, or that, in reality a day is the time that the heavens starting from one point take to return there. Thus, every time that, in the revolution of the sun, evening and morning occupy the world, their periodical succession never exceeds the space of one day.’ (Homily II:8)

The order of events in Genesis Chapter 1, days one to six are as it happened. For example, plants were created before the sun.

Evolutionary ideas are contrary to Scripture.

Avoid the nonsense of those arrogant philosophers who do not blush to liken their soul to that of a dog; who say that they have been formerly themselves women, shrubs, fish. Have they ever been fish? I do not know; but I do not fear to affirm that in their writings they show less sense than fish. (Homily VIII:2)

The Creation was originally ‘very good’ and completely lacking in evil.

“And God saw that it was good.” God does not judge of the beauty of His work by the charm of the eyes, and He does not form the same idea of beauty that we do. What He esteems beautiful is that which presents in its perfection all the fitness of art, and that which tends to the usefulness of its end. He, then, who proposed to Himself a manifest design in His works, approved each one of them, as fulfilling its end in accordance with His creative purpose. (Homily III:10)

“In the beginning God created”. He did not make the thing itself the cause of its existence. Being good, He made it an useful work. Being wise, He made it everything that was most beautiful. Being powerful He made it very great. Moses almost shows us the finger of the supreme artisan taking possession of the substance of the universe, forming the different parts in one perfect accord, and making a harmonious symphony result from the whole. (Homily I:7)

[Speaking of Day 3:] But then the rose was without thorns; since then the thorn has been added to its beauty, to make us feel that sorrow is very near to pleasure, and to remind us of our sin, which condemned the earth to produce thorns and caltrops. (Homily III:6)

The words are to be understood by their plain meaning, not allegorized.

I know the laws of allegory, though less by myself than from the works of others. There are those truly, who do not admit the common sense of the Scriptures, for whom water is not water, but some other nature, who see in a plant, in a fish, what their fancy wishes, who change the nature of reptiles and of wild beasts to suit their allegories, like the interpreters of dreams who explain visions in sleep to make them serve their own ends. For me grass is grass; plant, fish, wild beast, domestic animal, I take all in the literal sense. “For I am not ashamed of the Gospel” [Romans 1:16].(Homily IX:1)

To interpret Scripture otherwise is to put ourselves above God, the Holy Spirit, who inspired its writing.

It is this which those seem to me not to have understood, who, giving themselves up to the distorted meaning of allegory, have undertaken to give a majesty of their own invention to Scripture. It is to believe themselves wiser than the Holy Spirit, and to bring forth their own ideas under a pretext of exegesis. Let us hear Scripture as it has been written. (Homily IX:1)

Basil countered various heresies in his writings and it is clear that, as today, there was a strong link between allegorizing Genesis and all manner of strange interpretations of the rest of Scripture.