… and Now the Opposition Begins

The Tulsa (Oklahoma USA) Park and Recreation Board voted 3-1 last month to approve a Genesis-account-of-creation exhibit for display at the municipal Tulsa Zoo. 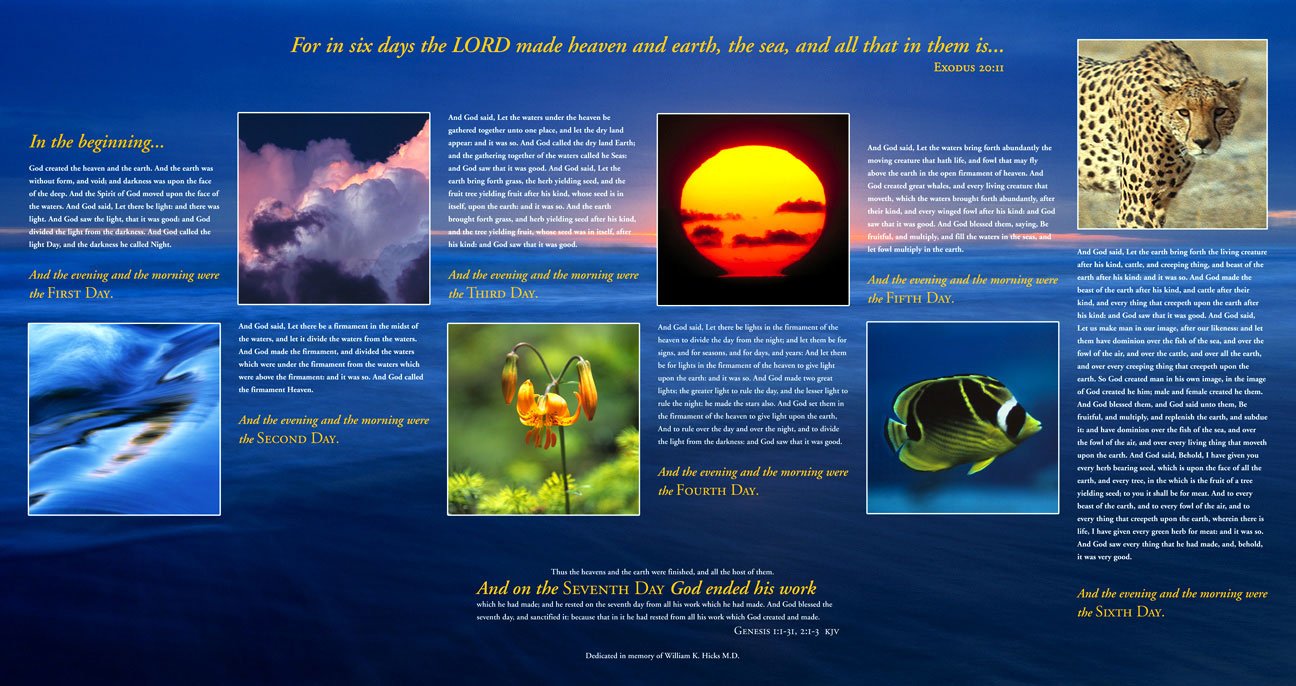 Here is the proposed Genesis exhibit for the Tulsa Zoo that is causing such an uproar in this Bible-belt area. The plaque will contain the Genesis account of creation and will be accompanied by six pictures that align with the six days of creation from internationally acclaimed photographer and author Ric Ergenbright who also has work on display at the Smithsonian Institution.

After two hours of debate last month, which drew a standing-room only crowd of several hundred people as well as headlines around America, the Tulsa (Oklahoma USA) Park and Recreation Board voted 3-1 last month to approve a Genesis-account-of-creation exhibit for display at the municipal Tulsa Zoo. Buoyed by the support of many petition-signers, as well as the backing of the Tulsa mayor who also serves as a board member, AiG friend and local architect, Dan Hicks, was successful in convincing the board to include a creationist display at the Tulsa Zoo. See our previous article: Oklahoma OK.

At the June 7 meeting with the city’s four-member park board, including Tulsa Mayor Bill LaFortune, Hicks urged the board to embrace the Genesis exhibit, pointing out an April 2000 Tulsa World newspaper poll in which 60% of respondents statewide said they believe creation alone explains the origin of mankind. 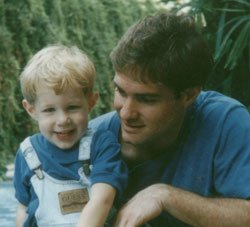 Dan Hicks and his son.

If the zoo is going to open a discussion about origins, why is only the naturalistic view (evolution) allowed while the creationist view held by the majority of Tulsa taxpayers is forbidden?” said Hicks.

As predicted, protestors came out kicking and screaming. A newly formed alliance consisting of the Tulsa Interfaith Alliance, the Tulsa Metropolitan Ministers and the Jewish Federation, started a petition drive. Calling themselves the Friends of Religion and Science, this group is calling on the mayor and the Park and Recreation Board to: 1) reaffirm the zoo’s commitment to science education, 2) reverse the decision of June 7 and 3) direct the zoo staff to undertake a review of all exhibit material to ensure that it is consistent with the principles outlined in their letter of petition.1

According to the group’s website, over 1,500 petition signatures have already been collected that they wish to present at the next board meeting yet to be determined. This is yet another reminder of a boisterous group that claims to be about tolerance and inclusion, trying to censor, exclude and forbid the free speech of creationists.

While the mayor has been quoted in local newspapers as saying that he has no intention of changing his position about the Genesis display at the zoo, some Park and Recreation Board members are wavering in their previous decision. Hicks added that he is not surprised by the opposition, for over the years, he has seen and experienced such opposition whenever efforts are made to bring a balance in the teaching of origins in Oklahoma’s public schools and public institutions.

There must be something very special about the Genesis account of creation for opponents to fight so hard.

“There must be something very special about the Genesis account of creation for opponents to fight so hard to suppress these words,” says Hicks. “This should strengthen our faith!”

As Ken Ham, president of AiG–USA, said, “We need more people like Dan Hicks [he is also one of the leaders of the local creation group “Southern Plains Creation Society”] who are willing to boldly lead the battle to tell people the truth concerning the creation of the universe.”

As part of this effort to ensure that the Genesis account of creation will be displayed in the origins exhibit at the Tulsa Zoo, Hicks is encouraging Christians to pray for—and to thank—Mayor LaFortune for voting to include the Genesis exhibit at the Tulsa Zoo. To encourage the mayor, Dan suggests that people contact the mayor’s office by calling the mayor’s Action Line at (918) 596-2100.

The children of Israel did not cause the walls of Jericho to fall—God brought down the walls. But God did ask the people to shout. And I’m calling on creationists all across the nation to let their voices be heard by contacting mayor Bill LaFortune and encouraging him to stand firm with this support for the Genesis display at the Tulsa Zoo.

For more information about the Genesis display, including images of the current idols and religious images at the Tulsa Zoo, see the Southern Plains Creation Society’s website.