Give Now
Satan, the Fall, and a Look at Good and Evil

Illustration from The True Account of Adam and Eve

Did the Serpent Originally Have Legs?

by Bodie Hodge on January 26, 2010
Featured in Satan, the Fall, and a Look at Good and Evil
Audio Version
Share:
Email Using:
Gmail Yahoo! Outlook Other

Determining features of the serpent from the precious little information given in the Bible is a difficult task. 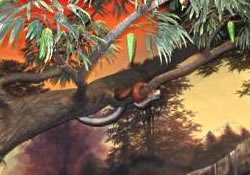 Perhaps one of the most-asked and most-debated topics is the serpent’s original appearance. The model of the serpent here at the Answers in Genesis Creation Museum exhibit just outside of Cincinnati, Ohio, is pictured below to consider.

Determining features of the serpent from the precious little information given in the Bible is a difficult task, and there is considerable speculation in this area. For example, we can speculate about what color and patterns were on the serpent’s exterior, what shape of eyes did the serpent have, and so on.

What Does the Bible Say?

Even the question of legs on the serpent is one with varying speculation. Consider the biblical text to see what it says of the serpent:

Now the serpent was more cunning than any beast of the field which the Lord God had made. And he said to the woman, “Has God indeed said, ‘You shall not eat of every tree of the garden’?”

Then the serpent said to the woman, “You will not surely die. For God knows that in the day you eat of it your eyes will be opened, and you will be like God, knowing good and evil.” (Genesis 3:1–5)

And the Lord God said to the woman, “What is this you have done?” The woman said, “The serpent deceived me, and I ate.”

What makes this an issue is that it was a land animal and/or flying reptile in general—hence, it moved by flying, slithering, or with appendages. If it slithered already, what was the point of the curse and why compare it to creatures which had legs in Genesis 3:14?

Regardless if it was a beast of the field, the serpent was indeed a land animal and capable of locomotion in the Garden of Eden and in the field. Let’s evaluate forms of locomotion to see the possibilities.

Land animals are currently known to have three classes of locomotion.2 They are

Beasts of the field, and virtually all land animals, use leg(s) to move, from cattle as a quadruped to inch worms, which use two grabbing spots on their body to inch along. Of course, snakes and legless lizards slither.

The other means of locomotion is rolling. Few creatures today roll, and of these creatures, the rolling is only temporary. The primary means is using gravity and balling up to roll down a hill, like a web-toed salamander or a Namib wheeling spider.

Few land animals have a self-powered rolling mechanism. There are two that come to mind, mother-of-pearl moth caterpillar stage and the Pangolins both use a leg(s) and/or tail with which to push. But even these rolling creatures use some form of appendage or leg; so, arguably, there are really only two types of locomotion found among animals today: slithering or legged.

Was there some other form of locomotion among creatures that are now extinct? Without further research, there is no certain answer.

As for the possibility of wings, this can’t be entirely ruled out either. But if so, then the serpent had some form of locomotion other than slithering and some form of appendage that physically changed forms.

The Hebrew word for serpent is nachash, and the Greek equivalent is ophis. It means “snake, serpent, sly, cunning, and image of a serpent.” The late Dr. Henry Morris says of the Hebrew word:

There has been much speculation as to whether the serpent originally was able to stand upright (the Hebrew word nachash, some maintain, originally meant “shining, upright creature”).3

Although, this speculated meaning may have been deduced from Genesis 3:14 regarding the serpent being forced to crawl on its belly, this doesn’t really help us ascertain if the serpent had legs or not.

Several commentaries were checked to see what other scholars said about the serpent. They are accumulated below. Of course, commentaries are not inspired like the Bible is, but they can give us some insight.

Most commentaries seem certain that it was referring to some form of erect creature and changes took place with the curse. John Calvin was the only one who seemed to think that the serpent remained with the same form.18 He said that the curse was more of a statement to “put the serpent back in its place.” Leupold leaves open either position but leans against a full transformation, leaving the serpent more in its original form. Wenham and Sailhamer more recently (1987 and 1990 respectively) both lean against the serpent changing forms but give no reasons why they believe this. 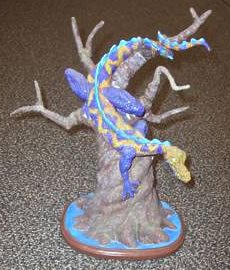 The problem with leaving the serpent “as is” is that it reduces the curse to almost a meaningless status. If such a philosophy is to be held, then the parallel comments by the Lord to the woman and the man should also be statements to just “put them back in their place.” This raises theological issues. It would mean that the other effects of sin listed in Genesis 3, such as thorns and thistles, increased pain and sorrow for the woman, and mankind returning to dust, were merely statements to put human beings back in their place, not real changes. This seems highly illogical, as it would have death before sin in humans, with man already returning to dust (recall Romans 5:12).

The more logical answer is that the serpent originally had some form of legs or appendages, and these were either lost or reduced (consider how many reptiles crawl on their bellies and yet have legs, e.g., crocodiles). This seems to correlate with the plainest reading of the passage and the comparison of a curse (“on your belly you shall go”) as compared with cattle and other beasts of the field, which do have legs.

Previous Article Introduction Next Article Shouldn’t the Woman (Eve) Have Been Shocked that a Serpent Spoke?