Did you ever wonder what kind of plants the dinosaurs tromped around on? The answer may surprise you. Some of these unfamiliar animals wandered around among some very familiar plants: oak, willow, magnolia, sassafras, palms, and other such common flowering plants.

In the geologic sequence, the flowering plants first appear suddenly and in great diversity in Cretaceous (“upper dinosaur”) rock. Darwin was aware of the situation and called the origin of these plants “an abominable mystery.” As my professor of paleobotany summarized it, nothing has happened in the last century or so to solve that mystery. As far as the fossil evidence is concerned, we simply find diﬀerent varieties of the same types of plants we have today, plus decline and/or extinction in many cases.

There is a tendency to give every diﬀerent fossil fragment a diﬀerent scientific genus-species name. Five diﬀerent genus names were given to fossil specimens that later turned out to be parts of just one type of tree, the Lepidodendron. Many of the flowering plants are so easily recognizable that they are classified using the same scientific names we use today.

Other fossil plants are as easily classified as the flowering plants. The ferns and fern allies appear suddenly and simultaneously in Silurian/Devonian rock in far greater diversity than we have today (Figure 24), yet none of these fossil plants has any features of anatomy, morphology, or reproduction that are hard to understand in terms of what we observe among living plants. The diﬀerence is this: There used to be many more kinds of ferns and fern allies on the earth than there are today. And some of these that are small and inconspicuous today, like the “ground pine” (Lycopodium) and “horsetail” (Equisetum), had fossils with similar parts that grew to be huge trees (e.g., Lepidodendron and Calamites, respectively). The structural design and classification of plants seem to point to creation; the decline in size and variety to the corruption and catastrophe that followed. 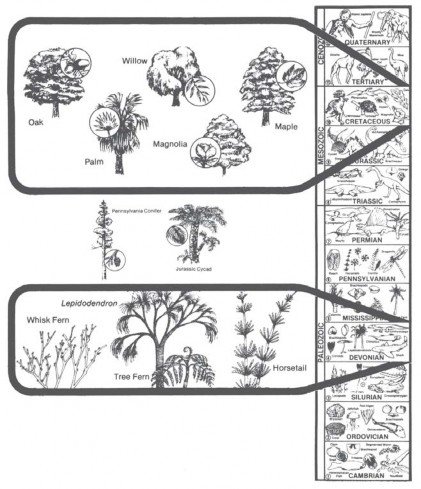 Figure 24. Fossil plants are easily classified using the same criteria we use today and, perhaps because of extinction following the Flood, we find even greater variation among fossil plants than we find now. As Professor Corner of Cambridge put it, “. . . to the unprejudiced, the fossil record of plants is in favor of special creation.”

Even the algae are recognizable from their first appearance in the fossil sequence as greens, blue-greens, reds, browns, and yellow-browns, the same groups we have today. The “oldest” fossils found so far are some Precambrian cyanobacteria or blue-green algae that form rocky structures called stromatolites. (I’ve had the privilege of examining and photographing these on both the west and south coasts of Australia.) Are these “simple” forms of life like evolutionists had hoped to find? Exactly the opposite! When it comes to energy biochemistry, those “simple” organisms are more complex than we are. They can take sea water and turn it into living cells, using just sunlight for energy—a fantastically intricate feat of biochemical engineering called photosynthesis. (Don’t you wish we could run on just water, air, and sunlight!?)

Blue-greens are also found living the same way just oﬀshore from their “old” Precambrian fossils. What’s the lesson from these “oldest” plant fossils? Evolution—change from simple beginnings to more complex and varied kinds? Not at all. The lesson from the “oldest” plant fossils seems to be the same as that from the “oldest” animal fossils: Living things were created complex and well designed to multiply after kind.

New fossil discoveries are usually reported as if they support evolution, when the opposite is often true. The discovery of the first flowering plant fossil in Jurassic rock below the “Cretaceous explosion” of flowering plants was at first hailed as a breakthrough in solving Darwin’s “abominable mystery,” the origin of flowering plants. After the hype wore oﬀ, however, evolutionists recognized the mystery was only moved down a layer, and creationists noted the evidence still pointed to creation: the first flowering plants still well-designed to multiply after kind, with the occasional flower found, as it is today, among a profusion of cycads and conifers. While evolution’s trumpets blared, discovery of the wollemi pine growing in Australia was touted as the plant equivalent of finding a live dinosaur, since fossils had suggested it died out with the dinosaurs. But here it was, alive and well and looking just like it had always looked, stronger evidence for creation than evolution it would seem.1

Like Gingko biloba and the dawn redwood, the wollemi “dinosaur pine” is another example of a “living fossil,” a rare, unchanged survivor of a once widely distrbuted and successful group. The lesson is not evolution but creation (well-designed, after kind) followed by corruption and catastrophe, including worldwide habitat destruction and climate change following the Genesis flood.

My paleobotany professor (an evolutionist) started his class by saying he supposed we were there to learn about the evolution of plants. Then he told us that we weren’t going to learn much. What we would learn, he said, is that our modern plant groups go way back in their fossil history. Sure enough, all we studied was “petrified plant anatomy,” features already familiar to me from the study of living plants. We encountered some diﬃculties in classification, of course, but only the same kinds which we encounter among the living plants. Summarizing the evidence from fossil plant studies, E.J.H. Corner, Professor of Botany at Cambridge University, once put it this way (even though he believed in their evolution): “. . . to the unprejudiced, the fossil record of plants is in favor of special creation.”2