Will the Puzzle of the Cambrian Explosion Finally Be Solved? 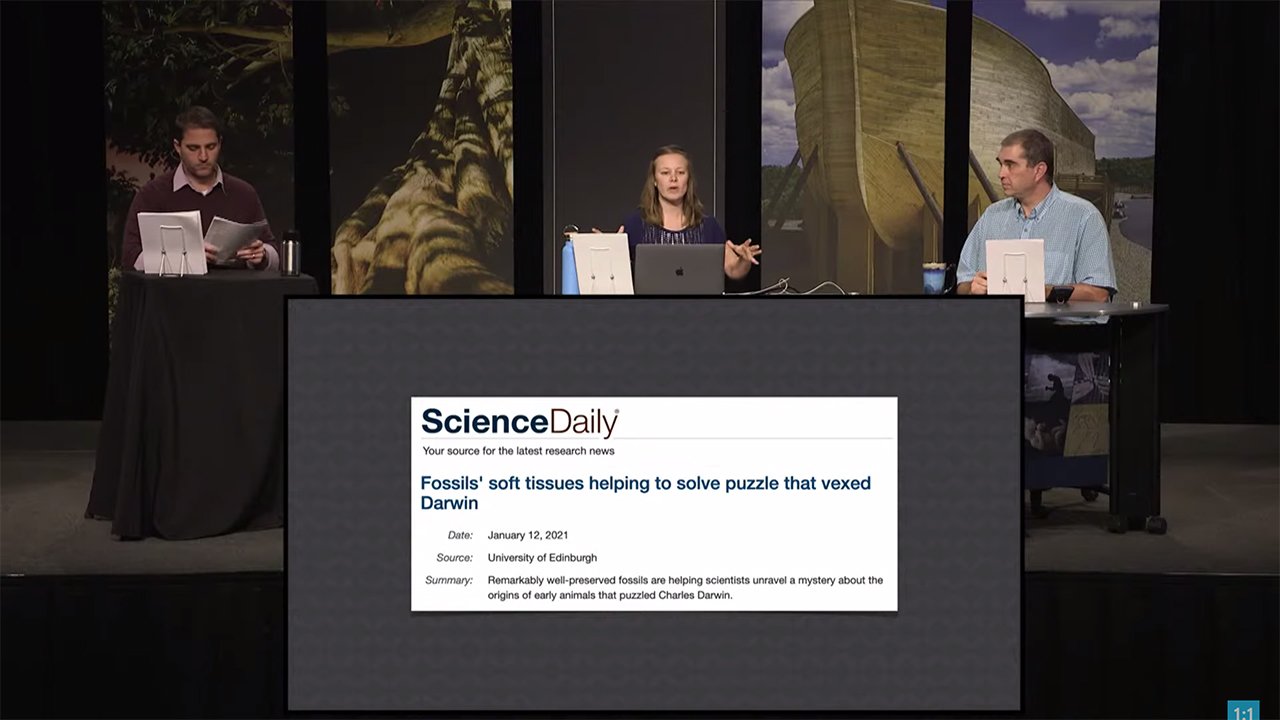 What’s the “Cambrian Explosion?” Well, this refers to an evolutionary enigma. In Cambrian rock layers, life appears to “explode” on the scene, as representatives of every major phylum just pop into existence fully formed and functioning. While this makes perfect sense in a biblical view (this is roughly when the global flood began and soon buried billions of creatures), in the evolutionary view, where are the ancestors to all these creatures?

So those layers are only about 4,350 years old, not over half a billion as is claimed.

This question puzzled Darwin . . . and it still puzzles evolutionists today. Well, a new study of “remarkably well-preserved fossils” is being touted as a 547-million-year-old piece of that puzzle. This find involved looking at the fossilized (pyritized) soft tissue of a small ball-on-the-end-of-a-stalk creature called Namacalathus found in the Ediacaran (the layer found in a few parts of the world just under the Cambrian). Properly interpreted through the lens of the history in God’s Word, those layers are likely mostly flood sediment, as is the majority of the fossil record (including the Cambrian right above). So those layers are only about 4,350 years old, not over half a billion as is claimed.

Starting from evolutionary presuppositions about the past, the researchers analyzed the soft tissue remains and compared them to “animals that evolved later” (such as mollusks and worms) and interpreted what they saw as evidence that Namacalathus was an early ancestor of the creatures preserved in Cambrian layers.

Now here’s where we must understand the difference between “observational” and “historical” science. They did observational science—looking at the preserved soft tissues—but then interpreted what they saw through the lens of their evolutionary worldview. If you read through the original paper, you will find words like “could,” “may,” “possibly,” and “inferred”—in other words, they don’t really know, but they are interpreting the remains in light of a specific worldview as they attempt to connect so-called Cambrian creatures with those of the Ediacaran.

The evidence doesn’t “speak for itself” as so many people wrongly believe.

The evidence doesn’t “speak for itself” as so many people wrongly believe. It must be interpreted—and what someone believes about the past frames their worldview and drives their interpretation. As we’ve said so many times, the creation/evolution issue isn’t ultimately about the evidence at all—it’s about an interpretation of the evidence based on your starting point of man’s word or God’s Word.

Contrary to the sensational claims of headlines, this study doesn’t solve Darwin’s puzzle of the Cambrian Explosion. When the forced evolutionary interpretation is ignored, the data simply gives us more detail about a certain creature that was created according to its kind.

This item was discussed yesterday on Answers News with cohosts Avery Foley, Bryan Osborne, and Roger Patterson. Answers News is our twice-weekly news program filmed live before a studio audience here at the Creation Museum and broadcast on my Facebook page and the Answers in Genesis Facebook page. We also covered the following topics:

Watch the entire episode of Answers News for January 20, 2020.

Previous Article It’s Inauguration Day. What’s Next for Christians? Next Article Why Politics Isn’t the Way to End Abortion (the Gospel Is)
* From my friend Buddy Davis' song “Billions of Dead Things,” available in our bookstore.