Microraptor Discovered with Lizard in Its Belly 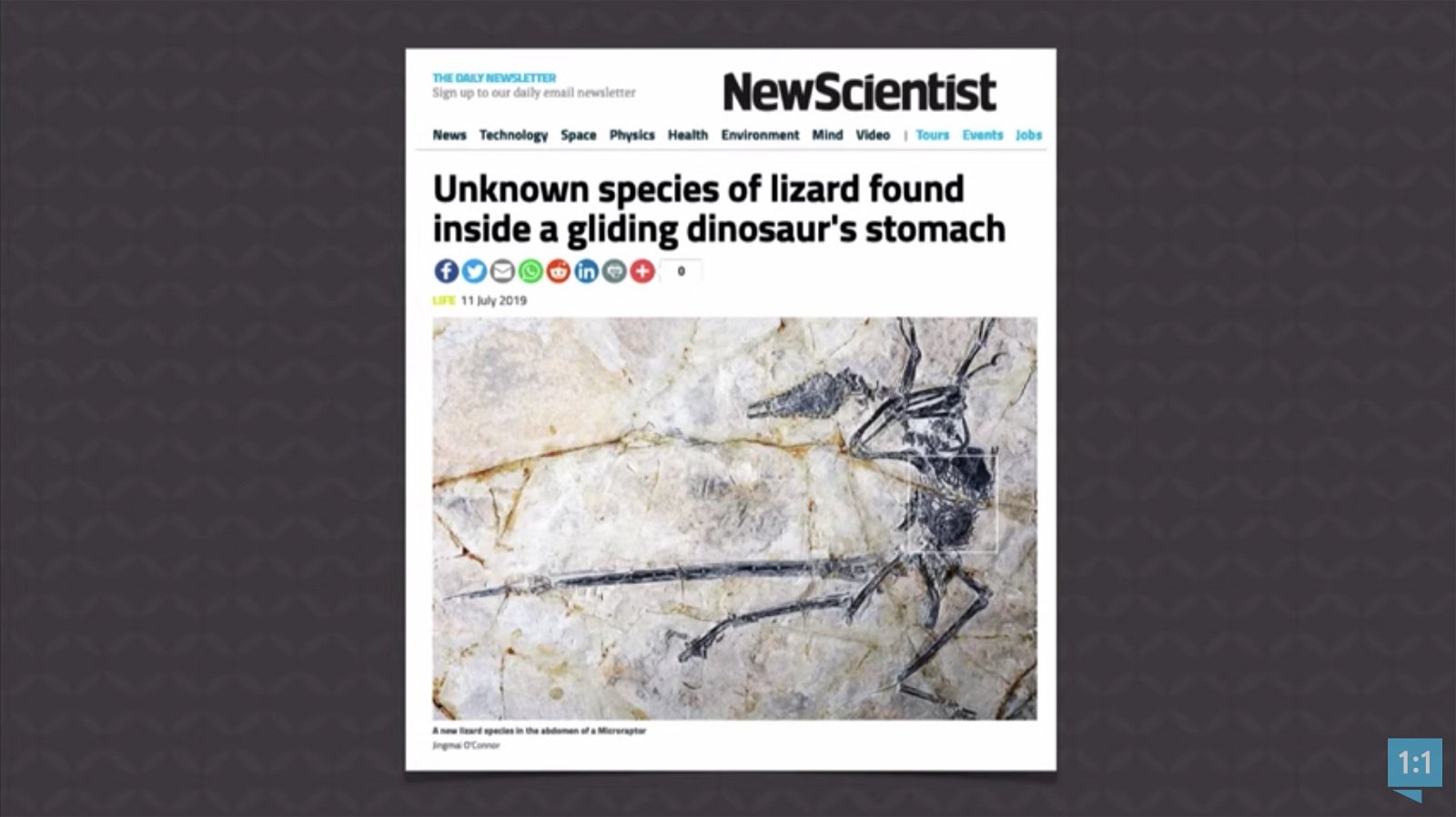 The more scientists dig into the fossil record, the more exciting and surprising fossils they discover. Recently, scientists announced the discovery of a new species of lizard inside the stomach of a microraptor, what they call a type of supposed “gliding dinosaur” (really, it’s a bird) from northeastern China. It’s so well-preserved, they can tell the bird swallowed the lizard head first! The researchers believe these fossils were exquisitely buried during a series of volcanic explosions some 130 million years ago. But there’s a better explanation!

We find fossils that are incredibly preserved all around the world, in all levels of the geologic column.

This fossil is found in the same region that boasts remarkable fossils of stick insects—with the fragile wings still visible. Now, if this were the only region in the world where we find such exquisite fossils, we might be tempted to think this was just a one-off series of volcanic eruptions. But we find fossils that are incredibly preserved all around the world, in all levels of the geologic column.

Rather than appealing to either slow-and-gradual processes or a series of small, localized catastrophes over many millions and millions of years, it makes much more sense to view the geologic record, including the fossils, through the lens of the history in the Bible.

You see, as I’ve said many times before, if there really was a global flood as described in Genesis, we’d expect to see “billions of dead things, buried in rock layers, laid down by water, all over the earth.”* And that’s exactly what we see! This little bird and lizard are merely another example of catastrophic burial and remarkable preservation. This bird was buried catastrophically, just after finishing its lunch, during the global flood of Noah’s day only 4,350 years ago.

This item was discussed today on Answers News with cohosts Dr. Georgia Purdom and Bodie Hodge, along with special guest and medical doctor, author, and speaker, Dr. Tommy Mitchell. Answers News is our twice-weekly news program filmed live before a studio audience here at the Creation Museum and broadcast on my Facebook page and the Answers in Genesis Facebook page. We also covered the following topics:

Previous Article Answers News Airing Live from the Creation Museum Every Monday Next Article Join Me in Niagara Falls for a Family Vacation to Remember
* From my friend Buddy Davis' song “Billions of Dead Things,” available in our bookstore.