What Can We Learn about God from Creation?

Nature reveals so much more about God’s character than a few hints we might easily overlook.

Atheists say there is no evidence for the existence of God. When presented with intelligent design arguments, atheists will often point to disease, mutations, and natural disasters that destroy life and the environment. They say something like, “What kind of God would make a world like this?”

The biblical text most relevant to these questions is Romans 1:18–20. There the Apostle Paul writes,

For the wrath of God is revealed from heaven against all ungodliness and unrighteousness of men, who by their unrighteousness suppress the truth. For what can be known about God is plain to them, because God has shown it to them. For his invisible attributes, namely, his eternal power and divine nature, have been clearly perceived, ever since the creation of the world, in the things that have been made. So they are without excuse.

Paul tells us that some things can be known about the unseen God from the things he has made. He is eternal. He is powerful. His divine nature is personal, not impersonal. He made things, which involves thinking and choosing. He has a mind and a will. In Romans 2:14–16 Paul adds that God is a moral being, who has written his moral law in the conscience of every person. Even if a person has never seen or heard the written words of God given through the Old and New Testament authors, that person knows certain behaviors are right and others are wrong.

Paul also says this witness of creation to God’s existence and his nature has been seen by people “ever since the creation of the world” (Romans 1:20). It has been seen by all people at all times and in all places. This means that in Paul’s mind, man was there right at the beginning of creation. His claim makes perfect sense if Adam and Eve were made on the sixth day of history, just as Genesis 1 teaches. Paul’s words make no sense if Adam was made 13.8 billion years after the beginning, as evolutionists claim. Jesus expressed the same truth that mankind is essentially the same age as the rest of creation when he said, “From the beginning of creation, ‘God made them male and female’” (Mark 10:6, a quote from Genesis 1:27 followed by a quote from Genesis 2:24.)1 In Acts 14:15–17, Paul told us some other divine attributes that creation reveals. The Creator sovereignly controls the weather and the growth of plants to provide food for people’s sustenance and enjoyment as an expression of his goodness to all people, even those who are in rebellion against God.

The Source of Life

In Acts 17:22–31, Paul tells the idolatrous philosophers in Athens that even their own poets knew that the Creator is the source of life. And we are like him in personhood: we are “his offspring,” his children, in a sense, by virtue of creation. Therefore, everyone recognizes from creation itself that God is a personal and relational being, not nonliving matter like gold, silver, or stone. All of our experiences should tell us that life comes from life, not from nonliving matter. Furthermore, if the Creator made everything in heaven and on earth, we know that he doesn’t need anything. He is not finite and cannot be limited to dwelling in a temple.

Everyone who has ever lived with eyes to see has been able to behold this evidence of our glorious Creator.

A thousand years earlier, in Psalm 19:1, King David also spoke about creation’s witness to God: “The heavens declare the glory of God, and the sky above proclaims his handiwork.” Psalm 97:6 similarly says that “the heavens proclaim his righteousness, and all the peoples see his glory.” We see God’s glorious handiwork in the beautiful sunrises and sunsets, the majestic clouds, the wonderful phases of the moon, the faithfulness of the sun, and the orderly movements of the planets and constellations. Everyone who has ever lived with eyes to see has been able to behold this evidence of our glorious Creator.

Approximately another 1,000 years before David (about 2000 BC), Job urged us to speak to the beasts, the birds, the fish, and the earth itself and ask questions (Job 12:7–12). In poetic language he commands us to study nature. All these creatures nonverbally communicate that God is the source of their life and our's and is the wise Sovereign who guides and governs all these things. As we study plants and animals and people, many of God’s attributes are revealed by the mind-boggling complexity of the DNA molecule, the amazing design and function of living creatures, the beautiful ecosystems, and the wonder of men and women made in the image of the Creator.

God’s Goodness and Judgment in the Earth

One more thing must be said about the study of the earth. Certainly, as we study rocks and soils, we see all kinds of resources that we can use for our good (such as precious metals, minerals, energy sources, and building materials.). These, like other aspects of the creation, reveal the Creator’s brilliance, his love for mankind, and so much more.

But these same rocks and soil also reveal God’s righteousness and justice, though this critical truth requires the special revelation of God’s Word, the Bible, to see it clearly. Death, disease, and natural disasters speak of God’s holy judgment of creation when Adam sinned (Genesis 3:14–21 and Romans 8:19–23). And God’s wrath through Noah’s flood in Genesis 6–8 is revealed in the rocks of the earth, which contain billions of dead plants and animals (now fossilized) buried in sediments deposited by that yearlong catastrophe.

One more important truth about the creation’s witness appears in Romans 1:18. Paul teaches that the revelation of the Creator is clear to all. But because of sin in the human heart, people suppress this obvious truth. Paul goes on to say in verse 20 that they are “without excuse” for this rejection of the truth.

In summary, what can we know about God from creation?

As we witness the evidence of God’s existence and attributes revealed in the creation, we should praise him for his marvelous handiwork of beauty, brilliant design, and omnipotence. Mindful that it all belongs to him, we are also called to be good stewards of his creation. We should also fear (i.e., revere) and serve God as we consider the evidence of his righteousness, justice, and mercy. He is God Almighty, and we are answerable to him.

The general revelation of nature tells us that God exists and we are accountable to him. We have all failed in many ways to respond appropriately. But we need to know much more in order to be rightly related to our Creator and to escape his condemnation for our sins (wrong thoughts, words, and deeds). We can only be saved from judgment by repenting and believing the special revelation of God in the Bible, which shows us that Jesus is God’s promised Messiah, who died and rose again to give us forgiveness and eternal life.

We should also use the many evidences of his intelligent design in creation to lovingly present to sinners the God to whom they must answer and then point them to the Savior.2 Given the witness of creation, we should trust God no matter what comes our way in this fallen, sinful world, knowing that he is omnipotent, eternal, omniscient, and faithful, sustaining the creation.

When atheists claim they see no evidence of God, you can rest assured that they’re just making excuses. In reality, they are suppressing the truth they clearly see. He is an awesome Creator, revealed in creation but more explicitly in his Word (the Bible), and supremely in his Son, the Lord Jesus Christ, who, as the second person of the Trinity, is the Creator himself. God can use your testimony, along with his creation, his Word, and the Holy Spirit, to convict atheists and all other non-Christians of their need for the Savior.

What Attribute of God Do I See?

Creation scientists share a few of God's attributes seen in their field. 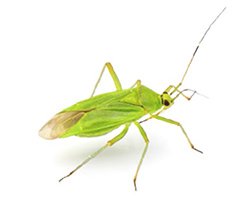 God is good to all his creation by providing their necessities—even to insects in our fallen world. Some of my favorite types of insects are plant bugs! Each variety has just the right kind of hiding place for its shape or just the right colors to blend in. Each variety also has its own special diet, which it finds in abundance where it lives. God provides everything his creatures need—he is truly good to all. 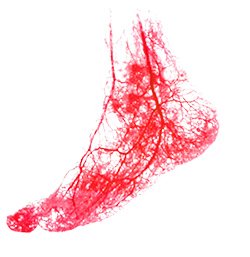 God’s Wisdom Displayed in Design of the Human Body

When designing robots, I am reminded that engineers could never emulate the integration found in the human body. Take for example the blood circulation system. An adult has over 60,000 miles (100,000 km) of blood vessels that weave around every part of the body. The placement of those vessels is so accurate that every one of the body’s trillions of cells is no more than a fraction of a millimeter from a blood vessel! Such awesome design shows God is infinite in understanding and knowledge. 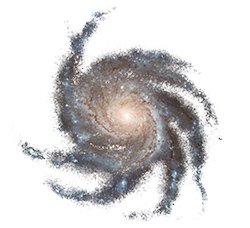 God’s Omnipotence Displayed in Creation of the Galaxies

Our galaxy, the Milky Way, is a magnificent collection of a few hundred billion stars. But the Milky Way is just one of over 100 billion galaxies. The total number of stars in the universe is staggering. We can’t count the stars (Genesis 15:5), but God can, and he calls them all by name (Psalm 147:4). This speaks of God’s mighty power in creation. 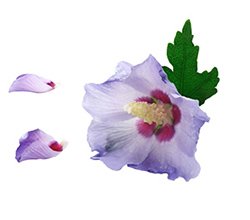 All creation reveals God’s order, including plants. Many times, a plant’s common name can be misleading. For instance, a rose of Sharon is a shrub in the Althea plant family. It’s beautiful—but it’s not a rose. Similarly, the Alaskan weeping cedar is actually in the Cupressaceae family (cypresses). These differences may seem pedantic, but horticulturists must know a plant’s true family to decide corrective action or care. Fulfilling God’s mandate to care for the earth is much easier when we understand God’s orderly nature in the variety he created. 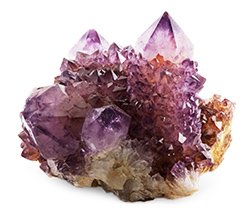 I see many traits of God in the rocks. God’s beauty, orderliness, and goodness is evident in the exquisite colors and shapes in the crystals of minerals, which give them each their unique properties for man’s benefit. His power and holiness are evident in the contorted and “cooked” rock layers thrust up to great heights in majestic mountain ranges when he judged the earth during the flood because of man’s sin.

Dr. Terry Mortenson is a well-known speaker and writer for Answers in Genesis–US. He earned his doctorate in history of geology from Coventry University in England and his master of divinity degree from Trinity Evangelical Divinity School in Chicago.
Previous Article Scrub Jays—The Ultimate Bird Brain