China has become the ancestral home of “feathered dinosaurs.” An article in the April 5 issue of Nature adds the first really big one to the collection. Dubbed Yutyrannus huali, which means “beautiful feathered tyrant,” the 9-meter long adult and two juveniles were found in lower Cretaceous rock in northeast China’s Liaoning province. The specimens have some features in common with tyrannosaurids from various layers of the geologic column, prompting evolutionists to wonder where it fits in their evolutionary scheme. Of course, the most exciting finding to the paleontologists studying the specimen is filamentous structures they judge to be feathers. 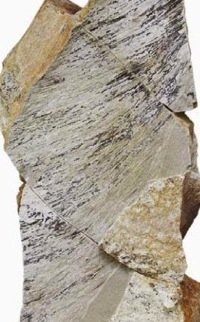 Compare to this actual fossilized feather.

Identifying the filaments as feathers creates another question for evolutionary scientists—that of determining the purpose for feathers in a creature “too big to fly.” After all, in the evolutionary model, if feathers offered no survival advantage, they should not have evolved and persisted. Xu suggests insulation as the likely purpose with attraction of a mate being a secondary possibility. He says, “We have noticed that primitive feathers in dinosaurs are relatively spaced out, so it's not really the ideal structure for insulation. A limited distribution is more likely to indicate a display function.”

In this case the “feathers” consist of filamentous structures “too densely packed”2 to determine their structural characteristics and filamentous structures whose “morphological details are not preserved.”3 Because these filaments are found in a patchy distribution at several locations, the researchers conclude they have “solid evidence for the existence of gigantic feathered dinosaurs and, more significantly, of a gigantic species with an extensive feathery covering.”4 They write that the discovery provides, “new insights into early feather evolution.”5

Despite the tendency of the media and many evolutionists to continually refer to the existence of feathered dinosaurs as an established fact, not all evolutionists agree with that claim. For instance, Alan Feduccia, considered an expert on bird evolution, has written, “The major and most worrying problem of the feathered dinosaur hypothesis is that the integumental structures have been homologized with avian feathers on the basis of anatomically and paleontologically unsound and misleading information.”6

Despite the tendency of the media and many evolutionists to continually refer to the existence of feathered dinosaurs as an established fact, not all evolutionists agree with that claim.

Some fossilized creatures—unlike these—do have distinctive feathers. But calling a genuinely feathered fossil a dinosaur does not make that creature a dinosaur. (We discussed that situation with the Microraptor, which Feduccia maintains is a bird, in “Feathered Fossil: Still a Bird.”)

On the other hand, calling dinosaur-associated filamentous structures that lack ordinary feather anatomy feathers does not make them feathers. (Such is this situation.) This convenient identification also does not make those structures “primitive feathers” or “proto-feathers” or any kind of transitional structure. We could call this the “name-it-and-claim-it” tendency on the part of some evolutionists. Or we could just call it creative imagination. But what we should not call it is scientific proof of evolution.

Even the assertion that dinosaur feathers evolved for insulation and were later refined for flight purposes fails to explain how complex feathers with barbs, barbules, and hooks (structures not found on these filaments) evolved from scales. Many experts believe filamentous structures such as those described here are collagen fibrils, a sort of connective tissue commonly found, among other places, in skin. (Feathers are made of keratin, not collagen.).

Dinosaurs did not evolve into birds. And if we find that some dinosaurs had filamentous structures as part of their integumentary covering, such structures would not require an evolutionary explanation and would still not demonstrate that dinosaurs evolved into birds. Many anatomical differences between them, not least of which is the distinctively different avian lung, make such a transition impossible. No genetic mechanism enabling an organism to acquire information to evolve into a completely new kind has ever been found. No evidence of feather evolution has been found in the fossil record or in this study.