Cockroaches—The Right Creatures for the Job

Despite their bad reputation, cockroaches were designed to do good things.

One day, when I was on my way to the shower, an adult smokybrown cockroach sitting atop the bathroom door found itself in a freefall. Too surprised to use its wings, the roach managed to snag my skin just above the waistband on my right side. It sprinted halfway to my left side before I nabbed the beastie. After examining it closely, I said to myself, “Ah, a smokybrown cockroach.” Had I encountered the roach prior to earning my master's degree in entomology (the study of insects), my response would have been considerably more dramatic. But because I had studied its intricacy, I could calmly assess the roach.

Our first instinct is to recoil at cockroaches because of their “creepy” appearance; their tendency to spread disease and aggravate asthma; and, of course, their propensity to set up shop where we don’t want them. But when we resist our revulsion and learn about these much-maligned insects, we find not malevolent fiends skulking in dark corners, but creatures equipped by God to perform a critical function in our fallen world.

Someone’s Got To Do It

Most of the 4,600 cockroach species are inoffensive omnivores performing a vital ecological job on the earth’s cleanup crew. In the garden of Eden, roaches probably did what they still do best—break down plant matter. But since Adam’s fall brought sin and death into the world, roaches now also consume dead animal matter in habitats ranging from the Arctic to the Tropics.

But roaches do more than clean up the debris of death. Decaying matter holds nitrogen. After eating the refuse, roaches release that nitrogen into the soil through their feces, nourishing plants and trees. 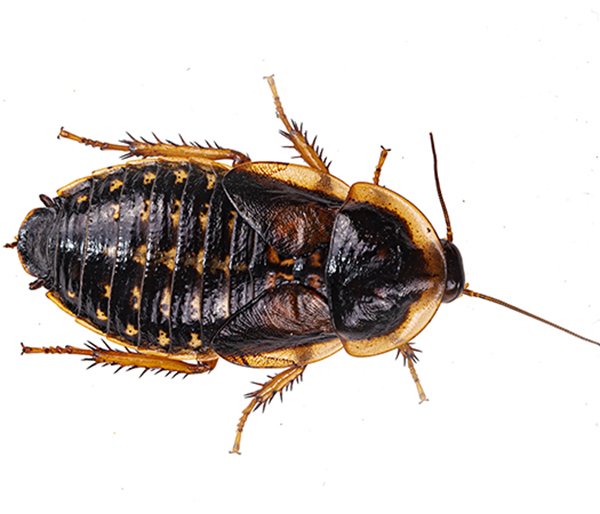 Not Just Another Ugly Face

The variety among cockroach species is astounding. Some species rival the beauty of butterflies, such as the black-and-white domino cockroach in India, the grass green Cuban cockroach, and an Australian cockroach with blue legs and yellow stripes. 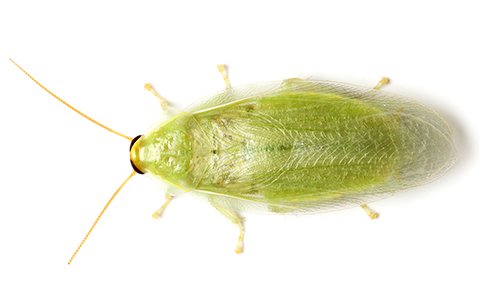 Roaches also vary in size, from the brown-banded cockroach about the size of a penny to the Central American giant cave cockroach measuring almost four inches long.

Despite such diversity, every cockroach species’ body plan is quite similar. The jointed exoskeleton is supportive while remaining flexible and flat, allowing roaches to access small crevices (where the best food crumbs hang out). The thorax has three segments. The upper surface of the first segment has a protective shield (pronotum) that overhangs the head like a hoodie, giving roaches a shifty, disreputable look. 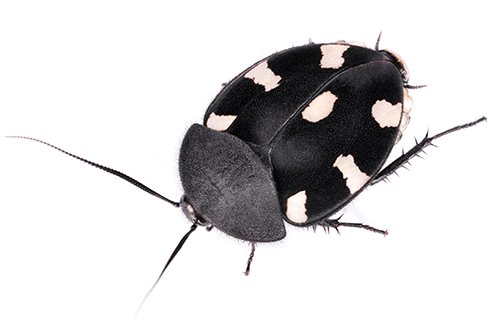 From their heads sprout long antennae covered with sensory receptors. They wave them about, constantly “smelling” and “tasting” their usually dark environment. Though we think of roaches as the ultimate dirty creatures, they routinely clean their antennae to keep their senses sharp.

Poking from their posterior, a pair of short antennae-like extensions (cerci) are loaded with sensory receptors particularly sensitive to air movement. When you enter a room, a roach can sense the puff of air and dive for cover in a fraction of a second.

Most cockroaches move like air-hockey pucks, making sharp turns without slowing down. Their six legs are designed for tremendous acceleration and speed on even vertical and inverted surfaces. Roaches have been clocked at 3.4 mph—that’s equal to a person running 210 mph.

Legends in Their Time 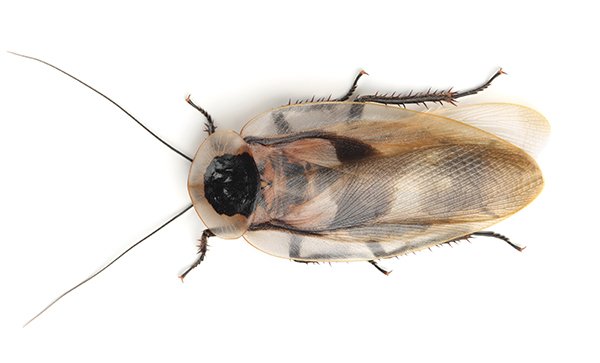 A flexible exoskeleton allows roaches to withstand pressure more than 900 times their own weight, explaining how they can sometimes crawl away even after being stomped.

They also don’t easily drown. By closing the holes (spiracles) on their thorax and abdomen, roaches can hold their breath for up to 40 minutes, safely navigating watery habitats, such as your bathroom drain.

But perhaps the real design superpower is their ability to adapt to whatever insecticides we throw at them. When scientists recently sequenced the genome of the German and American cockroach species, they found expanded genes dedicated to taste and smell, helping roaches avoid chowing down on many toxins. But even if roaches wind up consuming toxins, they can also cut, shuffle, and splice their genes to produce an array of detoxifying enzymes.

As scavengers who consume refuse in unspeakably unsanitary conditions, it comes as no surprise that roaches are also designed to concoct their own antibiotics to kill any pathogenic bacteria that they may ingest. In addition to all this, their digestive system contains bacteria that convert waste into nutrients.

Why Do We Hate Them?

While around 30 cockroach species have carved a niche in human dwellings, only a handful are considered widespread pests. Nevertheless, the repugnant reputation of a few pest species have given the rest a bad name. But their unwanted presence is often our fault for not keeping a clean house. Should we expect roaches to turn down free food and lodging?

Because nature and humans often clash in our fallen world, we should certainly practice dominion over these creatures by exterminating when we must. But rather than vilify cockroaches, we should recognize that the Creator exquisitely equipped them to bring him glory. The next time you step on a roach in your house, remember, it might be in the wrong place at the wrong time, but it’s the right creature for the job God gave it to do when it’s in the right place. 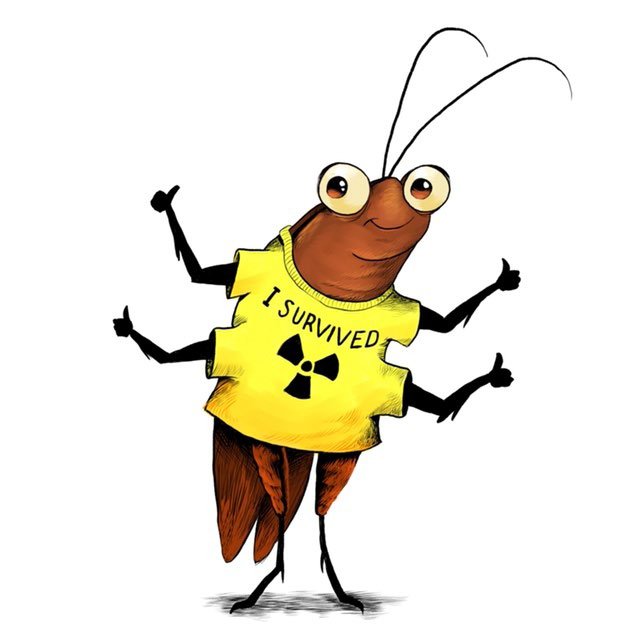 Cockroaches can withstand high levels of radiation thanks to their slow cell renewal cycle.

Some cockroaches can hold their breath for 40 minutes.

Unlike other cockroaches, the Japanese cockroach can walk on ice and survive freeze-thaw cycles.

Because roaches can fight MRSA and E. coli, scientists hope to use their research on roaches to create antibiotics for humans to fight the same bacteria.

Roaches have inspired designs for microrobotics and prosthetics.

Many roach species have wings, but some of them simply glide, and others fly only short distances.

Cockroaches don’t breathe through their mouth but through holes (spiracles) on their thorax and abdomen.

Cockroaches can consume almost anything, even stuff that isn’t considered food, such as soap, glue, leather, and hair. 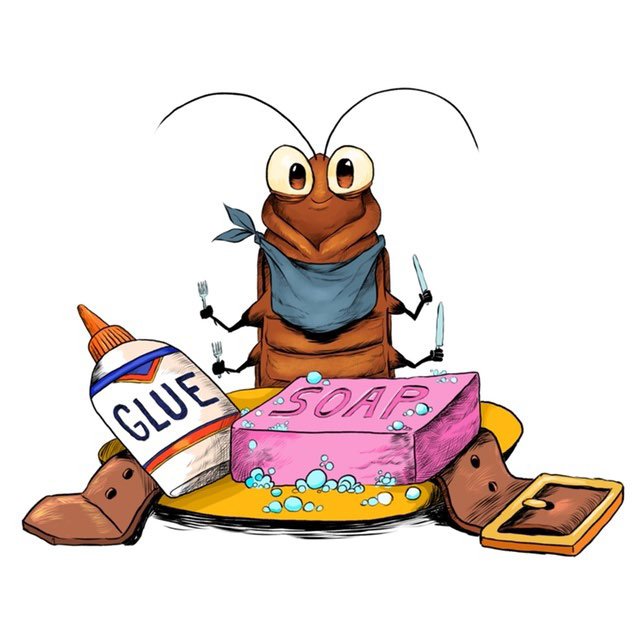 Dr. Gordon Wilson, senior fellow of Natural History at New Saint Andrews College, earned an MS in entomology from the University of Idaho and a PhD from George Mason University in environmental science and public policy. He is the narrator of the nature documentary The Riot and the Dance and the author of A Different Shade of Green: A Biblical Approach to Environmentalism and the Dominion Mandate.

Bugs: Big and Small, God Made Them All (Excerpt)