With 55 million specimens from practically all groups of animals, the Natural History Museum in London may be the best museum in the world where you can catch a glimpse of the astonishing variety of species, past and present.

“Grandpa, if God created all the animals in one week, then how could Adam name them all in one day? And how did Noah fit them all on the Ark?”

“Hold on, hold on, one question at a time! First, God didn´t make all the animals in this exhibit hall during creation week, just like He didn´t make you and me back then. He made Adam and Eve first, and we came later.”

“You see, the Bible´s kinds are not the same as the species we have today. In many cases, similar species—like the modern llamas, camels, and alpacas—came from one set of parents on the Ark.”

With 55 million specimens from practically all groups of animals, the Natural History Museum in London may be the best museum in the world where you can catch a glimpse of the astonishing variety of species, past and present. This amazing place is free of charge, except for some of the temporary exhibits.

From a full-size blue whale to a towering Diplodocus, the displays will excite any age group. You can´t help but enjoy the specimens. The only problem is with the evolution-based storyline, and that can be remedied. With the Bible as your starting point, the diversity of species has an exciting story to tell about the Creator.

Rather than letting the signs be a distraction, you can integrate them into your learning experience. It´s fairly easy to see the difference between what you can actually observe (variety within created kinds) and what is claimed (evolution over millions of years).

Recommended by Paul F. Taylor, senior speaker and head of media for Answers in Genesis-UK.

London’s Natural History Museum is a great place to discuss “Lucy” (Australopithecus afarensis) and other evolutionary claims of our ape-like ancestors. Studying the same fossils but starting with the Bible, creationists see another example of the wonderful variety of apes. The problem is not with the facts but with the interpretation.

(Parents should be aware that the Human Evolution Exhibit is very blatent about its indoctrination and is immodest in some displays.) 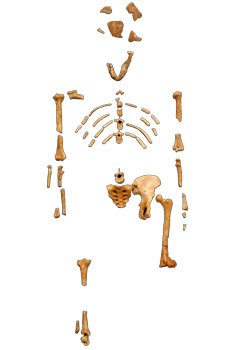 Charles Darwin’s statue sits in the central hall of London’s Natural History Museum. The world celebrated his 200th birthday and the 150th anniversary of his book On the Origin of Species. As you walk through the exhibits, discuss the vast difference between what Darwin really observed—variation within kinds (dog breeds, daisies, mockingbirds, etc.)—and what he concluded. 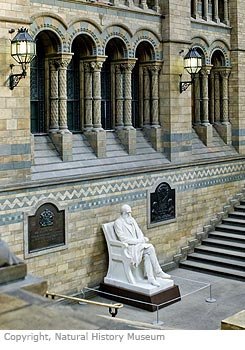 When it comes to species, one thing is obvious: animals do change. Literally millions of species at London’s Natural History Museum attest to this variation. Contrary to the museum’s story, this variety points to the Creator, who programmed amazing variation within His original created kinds. 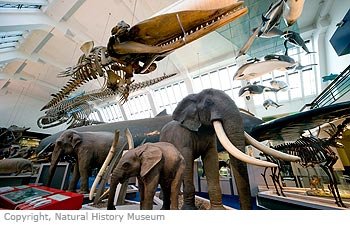