Change for the Better

Tommy Mitchell is now a speaker for Answers in Genesis, but for years in medical practice, he knew Christ and still accepted evolution. 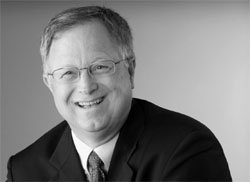 Tommy Mitchell is now a speaker for Answers in Genesis, but for years in medical practice, he knew Christ and still accepted evolution. Recently he talked about how God brought about this monumental change in his life and thinking. Why did he leave fulltime medical practice and dedicate his life to teaching these truths to others?

When you came to Christ, what did you think about the Genesis creation account?

I didn’t give it any thought at all because I hadn’t read the Bible before that time. When I got saved, I started reading the Bible a little bit, but as far as a coordinated, systematic Bible study, I never did that.

Very soon after I got saved I was off to college, and I really didn’t spend any time in the Bible at all, to my shame. I was taught evolution, so I just thought, well, God created and used evolution. But I accepted it not because I knew evolution; I just didn’t understand what Scripture had to say.

So you weren’t concerned about the contradictions between evolution and the Bible?

No. I just said all these scientists told me evolution was true. I was genuinely saved, so I thought, “Okay, God created and used evolution.” As far as contradictions with Scripture, I didn’t really think there were any.

Later, when I began to seriously read the Bible, I began to ask questions. I read a lot to try to resolve the conflicts between science and the Bible. But they really weren’t conflicts at all; I needed a different starting point.

The first thing I thought was, “Am I going to have to give up all the science that I learned?”

Absolutely. The first thing I thought was, “Am I going to have to give up all the science that I learned?” But I came to understand there’s a difference between observational science and historical science. Real science done in the present—observable, testable, repeatable—that’s what I did. I brought to bear my training and took care of my patients—I didn’t have to give up any of that. But my starting point changed. Rather than looking at the world through man’s ideas, I started looking through God’s ideas.

Did you face resistance from colleagues and friends?

Oh, absolutely. And the first opposition was at church. A lot of the resistance came from people in my Sunday school class. But as we began to talk about it, they began to understand my change in position because I was able to give them answers to the questions that I’d had.

Then at the hospital, even Christians said, “That Genesis stuff doesn’t matter. Why are you doing this nonsense?” The reason, I told them, is it’s foundational to doctrines in Christianity.

So why did you leave medical practice to go into this ministry?

This is just such a life-changing understanding. It makes the Bible real for people. It equips people to have answers; it strengthens their faith.

Was there any one particular tipping point for you?

Well, what I call the “aha moment” was the issue of no death before sin. If the creation account is, in fact, true history, God created a perfect creation; there was no death. Death came as a result of man’s disobedience. If, in contrast, we evolved from apelike creatures, then death has always been here; Adam and Eve are a myth. If Adam and Eve are a myth, there’s no original sin. If there’s no original sin, why did Jesus go to the Cross? That was the thing that finally made me say, “Okay, now I get it.”

I had lots of other questions, but all that was filling in the blanks.

How has your walk with God changed as a result of changing to a young-earth view?

Well, I think I’m a more effective witness because I’m more confident that I have answers. I’m bolder. And when you can answer the world’s skeptical questions, it gives you an opportunity to share the gospel.

When I read God’s Word, I no longer have to twist the words around to make it fit my preconceived notions. I also think my worship is more earnest now because I have that confidence. I can take God at His Word.