The laws of nature are perfectly consistent with biblical creation, and pose a serious problem for naturalism.

The Word of God

Everything in the universe, every plant and animal, every rock, every particle of matter or light wave, is bound by laws, which it has no choice but to obey. The Bible tells us that there are laws of nature—“ordinances of heaven and earth” (Jeremiah 33:25). These laws describe the way God normally accomplishes His will in the universe.

God’s logic is built into the universe, and so the universe is not haphazard or arbitrary. It obeys laws of chemistry which are logically derived from the laws of physics, many of which can be logically derived from other laws of physics and laws of mathematics. The most fundamental laws of nature exist only because God wills them to; they are the logical, orderly way that the Lord upholds and sustains the universe He has created. The atheist is unable to account for the logical orderly state of the universe. Why should the universe obey laws if there is no law-giver? But laws of nature are perfectly consistent with biblical creation. In fact, the Bible is the foundation for natural laws. So, of course, creationists do not deny these laws; laws of nature are exactly what a creationist would expect.

The Law of Life (Biogenesis)

There is one well-known law of life: the law of biogenesis. This law states simply that life always comes from life. This is what observational science tells us; organisms reproduce other organisms after their own kind. Historically, Louis Pasteur disproved one form of spontaneous generation; he showed that life comes from previous life. Since then, we have seen that this law is universal—with no known exceptions. This is, of course, exactly what we would expect from the Bible. According to Genesis 1, God supernaturally created the first diverse kinds of life on earth and made them to reproduce after their kind. Notice that molecules-to-man evolution violates the law of biogenesis. Evolutionists believe that life (at least once) spontaneously formed from nonliving chemicals. But this is inconsistent with the law of biogenesis. Real science confirms the Bible.

The Laws of Chemistry

The laws of chemistry give different properties to the various elements (each made of one type of atom) and compounds (made up of two or more types of atoms that are bonded together) in the universe. For example, when given sufficient activation energy, the lightest element (hydrogen) will react with oxygen to form water. Water itself has some interesting properties such as the ability to hold an unusually large amount of heat energy. When frozen, water forms crystals with six-sided symmetry (which is why snowflakes are generally six-sided). Contrast this with salt (sodium chloride) crystals which tend to form cubes. It is the six-fold symmetry of water-ice that causes “holes” in its crystal, making it less dense than its own liquid. That’s why ice floats in water (whereas essentially all other frozen compounds sink in their own liquid.) 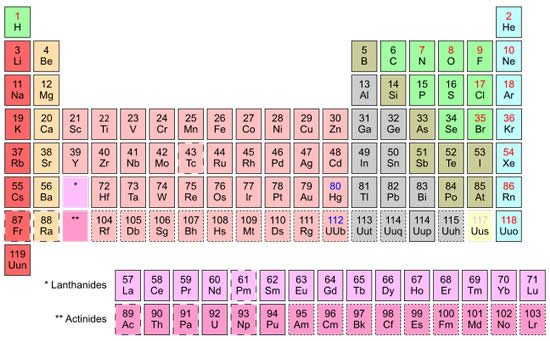 The properties of elements and compounds are not arbitrary. In fact, the elements can be logically organized into a periodic table based on their physical properties. Substances in the same column on the table tend to have similar properties. This follows because elements in a vertical column have the same outer electron structure. It is these outermost electrons which determine the physical characteristics of the atom. This periodic table did not happen by chance. Atoms and molecules have their various properties because their electrons are bound by the laws of quantum physics. In other words, chemistry is based on physics. If the laws of quantum physics were just a bit different, atoms might not even be possible. God designed the laws of physics just right so that the laws of chemistry would come out the way He wanted them to.

The Laws of Planetary Motion

The creation scientist Johannes Kepler discovered that the planets in our solar system obey three laws of nature. He found that planets orbit in ellipses (not perfect circles as had been previously thought) with the sun at one focus of the ellipse; thus, a given planet is sometimes closer to the sun than at other times. Kepler found that planets sweep out equal areas in equal times—in other words, planets speed up as they get closer to the sun within their orbit. And third, Kepler found the exact mathematical relationship between a planet’s distance from the sun (a) as measured in AUs, and its orbital period (p) as measured in years; planets that are farther from the sun take much longer to orbit than planets that are closer (expressed as p2 = a3). Kepler’s laws also apply to the orbits of moons around a given planet.1 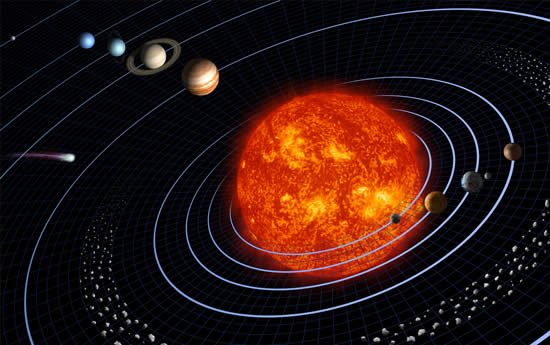 As with the laws of chemistry, these laws of planetary motion are not fundamental. Rather, they are the logical derivation of other laws of nature. In fact, it was another creation scientist (Sir Isaac Newton) who discovered that Kepler’s laws could be derived mathematically from certain laws of physics—specifically, the laws of gravity and motion (which Newton himself formulated).

The Laws of Physics

The field of physics describes the behavior of the universe at its most fundamental level. There are many different laws of physics. They describe the way in which the universe operates today. There are laws of physics that describe how light propagates, how energy is transported, how gravity operates, how mass moves through space, and many other phenomena. The laws of physics are usually mathematical in nature; some laws of physics can be described with a concise formula such as E=mc2. The simple formula F=ma shows how an object with mass (m) will accelerate (a) when a net force (F) is applied to it. It is amazing that every object in the universe consistently obeys these rules.

If the fundamental constants had a slightly different value, life would not be possible.

Additionally, there are many physical constants of nature. These are parameters within the laws of physics which set the strengths of the fundamental forces (such as gravity), and the masses of fundamental particles (such as electrons). As with the laws of physics, some constants depend on others, whereas some constants are likely fundamental—God alone has set their value. These constants are essential for life. In many cases, if the fundamental constants had a slightly different value, life would not be possible. For example, if the strength of the electromagnetic coupling constant were slightly altered, molecules could not exist.

The laws of physics (along with their associated constants) are fine-tuned in just the right way so that life, particularly human life, is possible. This fact is called the “anthropic principle.”2 God created the fundamental laws of physics in just the right way and gave the constants just the right values so that the other constants and derivative laws of physics would come out in just the right way, so that chemistry would work in the right way, so that the elements and compounds would have the right properties, so that life would be possible!3 It’s an amazingly complex challenge—one that no mere human being has the intellectual capacity to solve.4 In fact, there are many, many aspects of this present universe that we still do not completely understand. The laws of nature which we have discovered and expressed mathematically are only imperfect models of reality. Our current understanding of the creation is imperfect. One is reminded of 1 Corinthians 13:12, which tells us that we now only “see through a glass darkly.”

The Laws of Mathematics

Some have supposed that mathematics is a human invention; it is said that if human history had been different, an entirely different form of math would have been constructed—with alternate laws, theorems, axioms, etc. But such thinking is not consistent. Are we to believe that the universe did not obey mathematical laws before people discovered them? Did the planets orbit differently before Kepler discovered that p2 = a3? Clearly, mathematical laws are something that human beings have discovered—not invented. The only thing that might have been different (had human history taken a different course) is the notation—the way in which we choose to express mathematical truths through symbols. But these truths exist regardless of how they are expressed. Mathematics is the “language of creation.”

The Laws of Logic

The atheist cannot account for the laws of logic, even though he or she must accept that they exist in order to do any rational thinking. But according to the Bible, God is logical. Indeed, the law of noncontradiction is reflective of God’s nature; God cannot lie (Numbers 23:19) or be tempted with evil (James 1:13), since these things contradict His perfect nature. Since we have been made in God’s image, we instinctively know the laws of logic. We are able to reason logically (though because of finite minds and sin we don’t always think entirely logically).

The Uniformity of Nature

The laws of nature are uniform. They do not change arbitrarily, and they apply throughout the whole cosmos. The laws of nature apply in the future just as they have applied in the past—this is one of the most basic assumptions in all of science. Without this assumption, science would be impossible. If the laws of nature suddenly and arbitrarily changed tomorrow, then past experimental results would tell us nothing about the future. Why is it that we can depend on the laws of nature to apply consistently throughout time? The secular scientist cannot justify this important assumption. But the Christian can; the Bible gives us the answer. God is Lord over all creation and sustains the universe in a consistent and logical way. God does not change, and so He upholds the universe in a consistent, uniform way throughout time (Jeremiah 33:25).

We have seen that the laws of nature depend on other laws of nature, which ultimately depend on God’s will. Thus, God created the laws of physics in just the right way so that the laws of chemistry would be correct, so that life can exist. It is doubtful that any human would have been able to solve such a complex puzzle. Yet, God has done so. The atheist cannot account for these laws of nature, even though he agrees that they must exist, for such laws are inconsistent with naturalism. Yet they are perfectly consistent with the Bible. We expect the universe to be organized in a logical, orderly fashion and to obey uniform laws because the universe was created by the power of God.

Previous Chapter Couldn’t God Have Used Evolution? Next Chapter What About the Gap & Ruin-Reconstruction Theories?

The New Answers Book 1 is packed with biblical answers to over 25 of the most important questions on creation/evolution and the Bible.