The atheistic, evolutionary Cosmos TV series hosted by Neil deGrasse Tyson recently concluded its 13-episode run. As our reviews (see below) are spreading around the world, the secularists are continuing to provide written critiques full of straw-man arguments, ad hominem attacks, and so on. It seems they cannot stand the fact that we would even dare to question and expose their biased-filled conclusions for what they are. Read More

Ken Ham reflects upon Cosmos: A SpaceTime Odyssey and encourages widespread use of AiG reviews and study guides of the series. 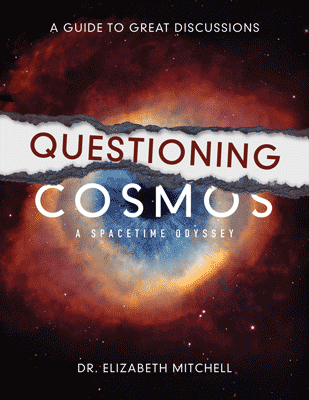 Though marketed as a way to encourage science literacy, the recent TV miniseries Cosmos: A Spacetime Odyssey, spends most of its hours presenting a God-free, anti-biblical belief system. Questioning Cosmos is an excellent discussion guide that helps parents and teachers show students how to discern real science from the secular philosophical ideas that drive our interpretations of evidences and data!

The discussion guides are intended for parents, Sunday school teachers, and others to use with children and teens.

Stargazer’s Planetarium at the Creation Museum Interestingly, AiG’s Creation Museum features a popular planetarium program The Created Cosmos. The stunning video, projected on a domed ceiling, points out our earth’s position as it relates to the vastness of God’s created cosmos, but most important what the Creator seeks from each one of us. This excellent production shown in a high-tech theater called the Stargazer’s Planetarium promotes the cosmos that God wants us to know and study.