Training Students to Take a Stand

Ken Ham and Steve Pettit discuss the importance of a biblical worldview in higher education.

Answers magazine’s parent ministry Answers in Genesis equips believers to defend the authority of Scripture, starting with the first verse, Genesis 1:1. Our founder, Ken Ham, has a passion for reaching students who face increasing opposition to a biblical worldview in their colleges.

Recently, Ham was the principal speaker at Bob Jones University’s STAND (Sound Teaching About Navigating Decisions) Education Conference for high school students and their parents. The conference included a Q&A with BJU President Steve Pettit, discussing the need for biblical authority in the Christian higher education of our culture.

The Q&A was moderated by BJU Executive Vice President Sam Horn. Read a summary of the discussion below.

What do you see as key factors to a student’s growth in the Lord that will prepare him or her for college?

Steve Pettit: I cannot stress enough the importance of a strong apologetics foundation and looking through the lens of a biblical worldview, whether it is for the family, the church, or a Christian college.

A solid Christian college education influences your morals, your future, your faith, and your selection of friends. I want young people at Bob Jones University to be influenced by biblically conservative values—to know what they believe, how to apply their beliefs, and how to rely on and defend them.

There are three moral decision-making times in the life of a young person. The first is between 6 and 14 months old when a child learns a very important two-letter word—“No!” The second time is somewhere between sixth and seventh grade when they’re starting to make decisions about friends, called hero relationships. The third time is the first year out of high school. They’re no longer considered a teenager but are now considered a young adult.

At 18 years old, a young person knows he has to mature and grow, but he’s not there yet. It’s at that very vulnerable time that a young person is making life-changing decisions—their worldview, their friends, their faith, their morals—it’s a time when many young people walk out of their home and walk away from the Lord.

Ken Ham: In a book I coauthored, Already Gone, I presented research that showed the church is losing about two-thirds of its young people by the time they reach college age, and very few are returning to church. If you continue to lose two-thirds of the coming generations, where is the church going to be?

Research for Already Gone showed that 40% of young people were doubting God’s Word by middle school and 45% by the end of high school. That points to the fact that we, as parents, need to start training at home. I’ve met parents and teachers who have said, “We only teach creation; we don’t even let our kids hear about evolution.” We need to teach them about evolution.

We need to look at what the world is teaching because we live in the world. Young people will encounter all sorts of arguments in today’s culture, and the more they are taught about evolution and the problems with it—you don’t teach it as truth—and the more they understand what the Bible says, the better they can recognize error.

We need to teach the coming generation that Genesis 1–11 is the foundation of the Bible, of all our doctrines and our whole Christian worldview. Then they can come to the right way of looking at the world and understand we’ve got answers to the questions that have caused doubts about God’s Word, beginning in Genesis.

My wife and I recognize that each child (we have five children and 17 grandchildren) will live forever in heaven or hell. What an enormous responsibility we have that God entrusts those children to parents to train for him! I praise the Lord that our children have all testified to salvation and are now doing their best to pass that spiritual legacy on to their children by teaching them the things that are true and by giving them the right foundation.

High school students are bombarded by a secular world. How can they stand for what’s right now and take that conviction into college?

Ken Ham: A lot of students can go to college and identify as Christians. But many of them don’t understand what the Christian message really is. They don’t understand the gospel and that without it they have the wrong foundation.

There’s been so much compromise in the church that a lot of church leaders didn’t know what to do with Genesis. They sort of shoved Genesis over here and said, “Let’s just teach the gospel and teach our Christian doctrines.” A majority of kids in churches go to public schools where they are not taught about God. That has caused them to doubt, and doubt leads to unbelief.

As a parent, I want to make sure I teach young people the things that are true and give them the right foundation.

Whether it’s direct or indirect, you’re living in the culture. Paul tells us not to be conformed to this world even though a secular, materialistic society that denies the reality of faith is putting pressure on believers in multiple ways about the philosophy, purpose, and meaning of life.

Students at Bob Jones University also face that pressure. A person has to be willing to stand and do battle royal.

I don’t want my daughter to attend a secular university, but do all Christian colleges ascribe to Genesis 1–11 and teach from the Word?

Ken Ham: Some Christian colleges and seminaries struggle with taking a literal stand on Genesis and openly compromise in this area. As I wrote in Already Compromised, we need to look at the state of the church and the state of coming generations and recognize that something is wrong. We also need to look at the culture and see the loss of the coming generations from the church.

I believe a contributing factor to that loss is that we haven’t raised up generations in the church that have a truly Christian worldview to know it’s founded in God’s Word. We haven’t taught young people to go to Genesis to know what they believe and why and how to use Genesis to defend their Christian faith. A majority of Christian colleges have also failed to do that.

In a Christianity Today article referencing a survey that showed many Christian colleges are compromising on biblical principles about the authority of the Bible, I noted that these colleges allegorize or explain away the historicity of Genesis, attacking the very foundation of the faith: the gospel. The pastors and church leaders coming out of these Bible colleges and seminaries are then teaching what they have learned—that the history of the Bible is not to be trusted and that man’s ideas can reinterpret God’s Word.

What a difference it makes when you take generations of students and teach them the truth of God’s Word, teach them a right worldview, and teach them how to answer the liberal attacks on God’s Word and equip them in that way. That’s building those students up so they can be the salt of the earth as they go out into the world to defend the Christian faith.

The key is if you really believe God’s Word and you know it’s the Word of God and you understand that it is the foundation for your worldview, you know then what you believe, you know why you believe what you do, and you’re equipped to defend your Christian faith. We think of that as boldness. If you are committed to the Word of God and let it speak to you and understand it’s the foundation for your thinking, that makes all the difference in the world. Then you can be bold.

There are few Christian colleges out there—like Bob Jones University—that take a stand on God’s Word and take a stand on Genesis as literal history. Other colleges are reinforcing that you can’t trust the Word of God.

Steve Pettit: Like Jesus said about the church, among the sheep are goats. And there are going to be those who are professing Christians who may not be truly regenerated, converted.

So the preaching of the gospel in a Christian college setting is absolutely essential. We do that at Bob Jones University through our pulpit ministry in chapel, but it’s also part of the process of an education. When we talk about a biblical worldview, it’s not like putting ice cream on top of the apple pie; it’s the whole pie.

So not all Christian colleges are equal. What do I look for?

Steve Pettit: I’ve been involved in Christian ministry for more than 30 years and have been the president of Bob Jones University since May 2014. A century ago, evolution and classic liberalism began to infiltrate mainline denominations. Fundamentally, you have two viewpoints in American society. You have a religious viewpoint, and you have a secular viewpoint. You have a materialistic, atheistic, secular worldview, and you have a biblical, Judeo-Christian worldview.

A part of the history of Bob Jones University is that it was started in 1927 to help Christian young people in a very secular, liberal world to become strong in their faith and their character. The intention of the founder was very clear: to provide an education at BJU that was distinct and different. He decided to have a liberal arts university as opposed to a Bible college because he wanted to develop the whole person. He wanted faith to be integrated within a learning culture.

And given the nature of the secularism of our society, BJU has a strong emphasis on biblical doctrine—what you actually believe. The real attack is going to come not just on character but on belief. We want students to be strong in what they believe and how and where they stand.

When a high school student and his parents are looking at Christian colleges, I would say it’s imperative for them to look at the school’s creed and mission statement.

Our mission—as a Christian university, as believers—is clear. We are to take the authoritative Word of God, stand firm on its foundation in Genesis, and be bold for the sake of the gospel. 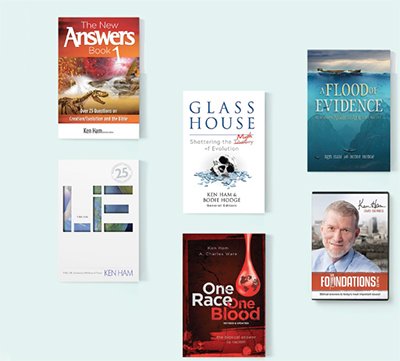 As young people begin the transition from high school to college, they often face hostility from atheists and evolutionists in the classroom and around campus. Even Christian colleges often compromise their stand on Scripture, especially on the biblical view of creation. To stand against these attacks on their faith, college students must build a biblical worldview.

Answers in Genesis offers apologetics resources that are grounded in Scripture, meant to equip believers to defend the truth of God’s written Word, the Bible. We suggest starting with a few basics.