Around 10,000 people (including 2,500 children and young people) were reached directly with the creation/gospel message during our weekend in northwestern Arkansas. Last night, Dr. Terry Mortenson and I gave messages at the final evening of the AiG conference conducted at The Church of Pinnacle Hills.

We praise the Lord for the extremely dedicated local committee headed up by Dr. Don Eckerd. When I was speaking in nearby Branson, Missouri, about a year ago, Don asked me if I would speak at an informal lunch at a restaurant to a small group of local pastors and others with a view to bringing a major AiG conference to the area. Because of the vision and dedication of Don and the group he was able to gather around him, the Lord mightily blessed.

As a result, around 10,000 people were reached directly with the AiG messages—thousands of resources (books, DVDs, etc) have gone out into the community (we shipped 12 pallets of resources down for this event)—and now these people with these resources will reach potentially thousands and thousands more.

I thought it would be good to include a photographic overview of the weekend (including a couple of the photos I’ve used in a previous blog). I must admit I get so excited to see the photographs of the kids as they get off their buses and then see their responses in the auditorium. Praise the Lord with us as you view these photographs and pray that the Lord will use what has been said, and the resources obtained, to equip God’s people and reach non-Christians with the gospel. 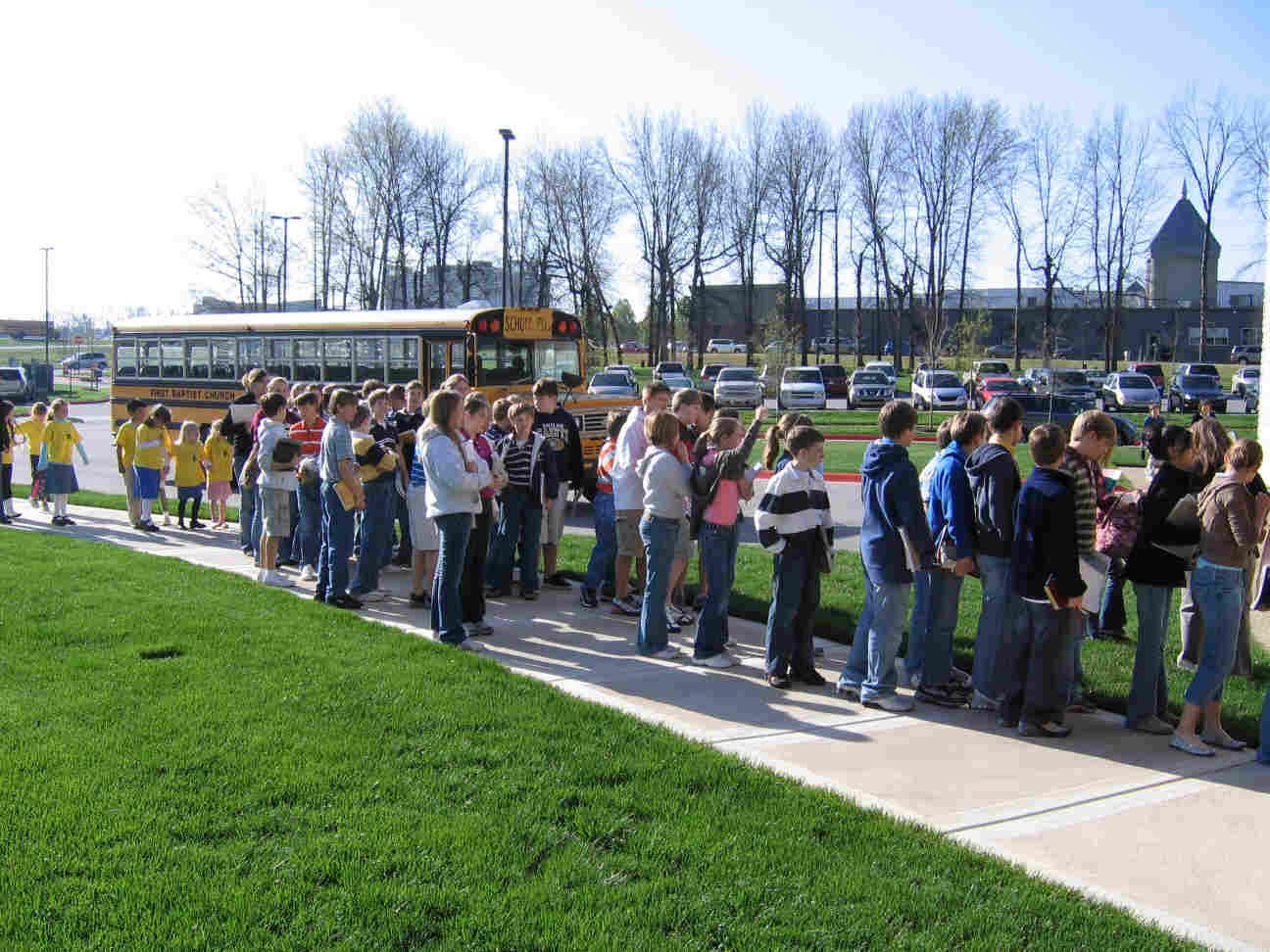 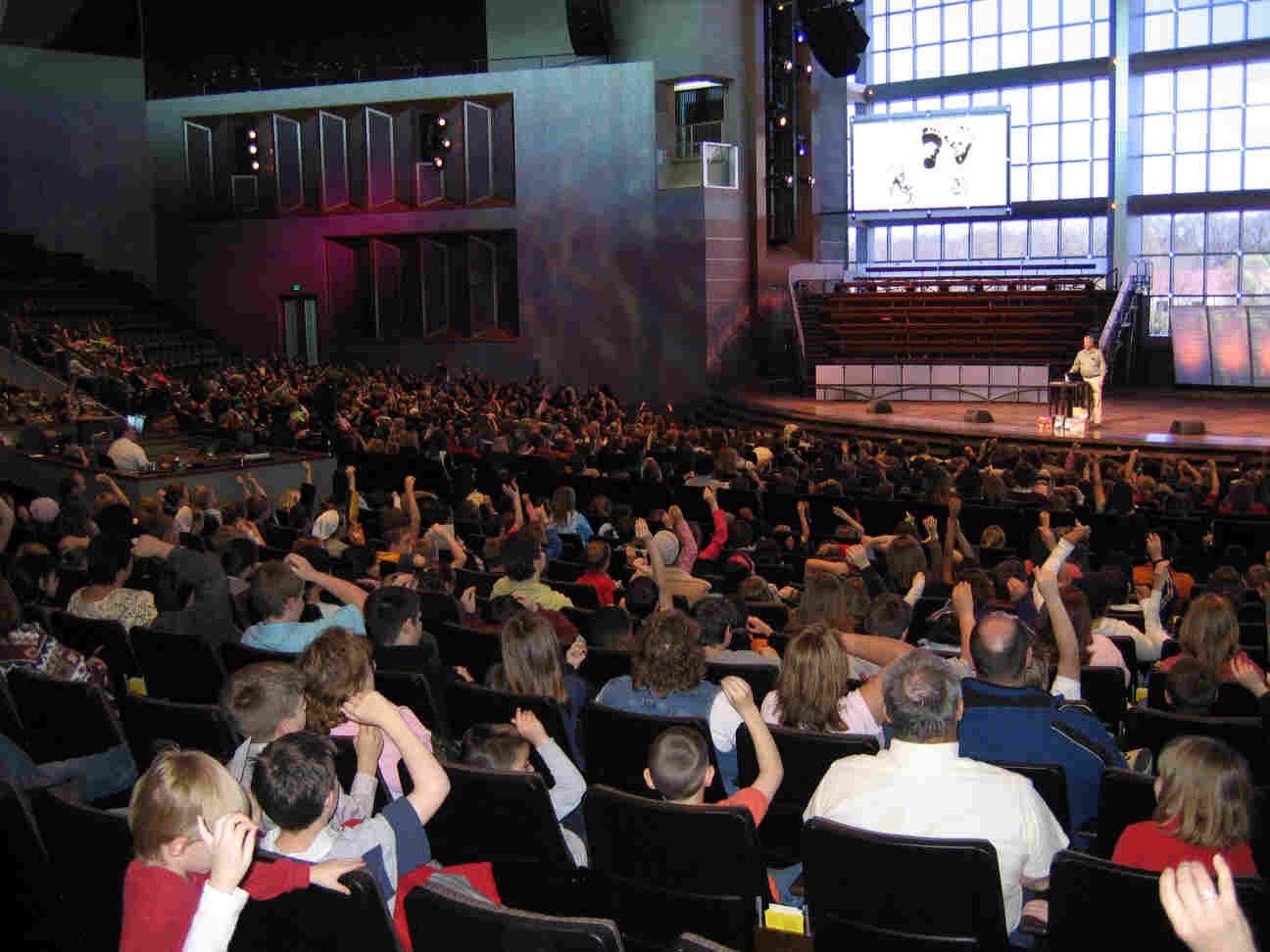 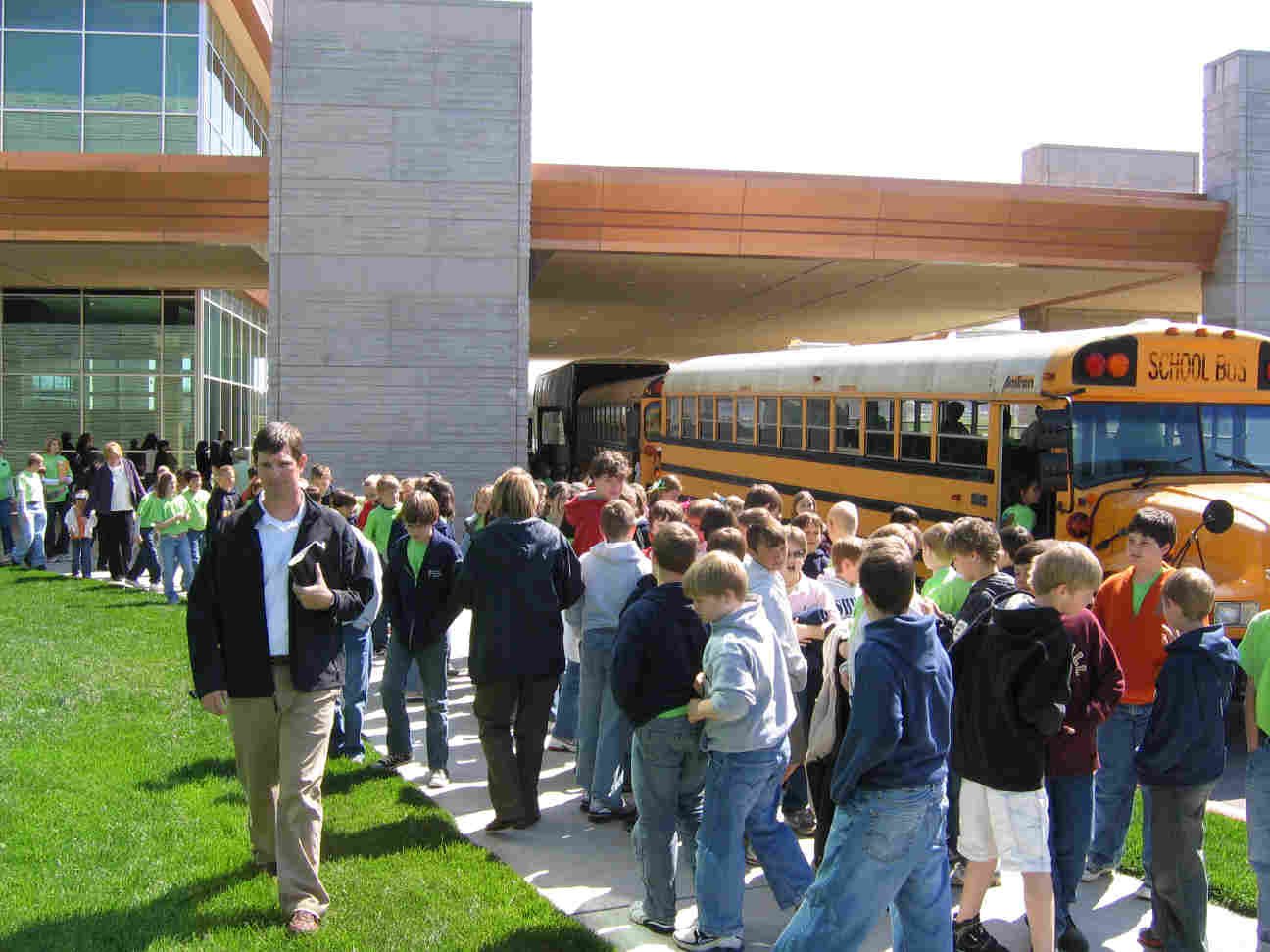 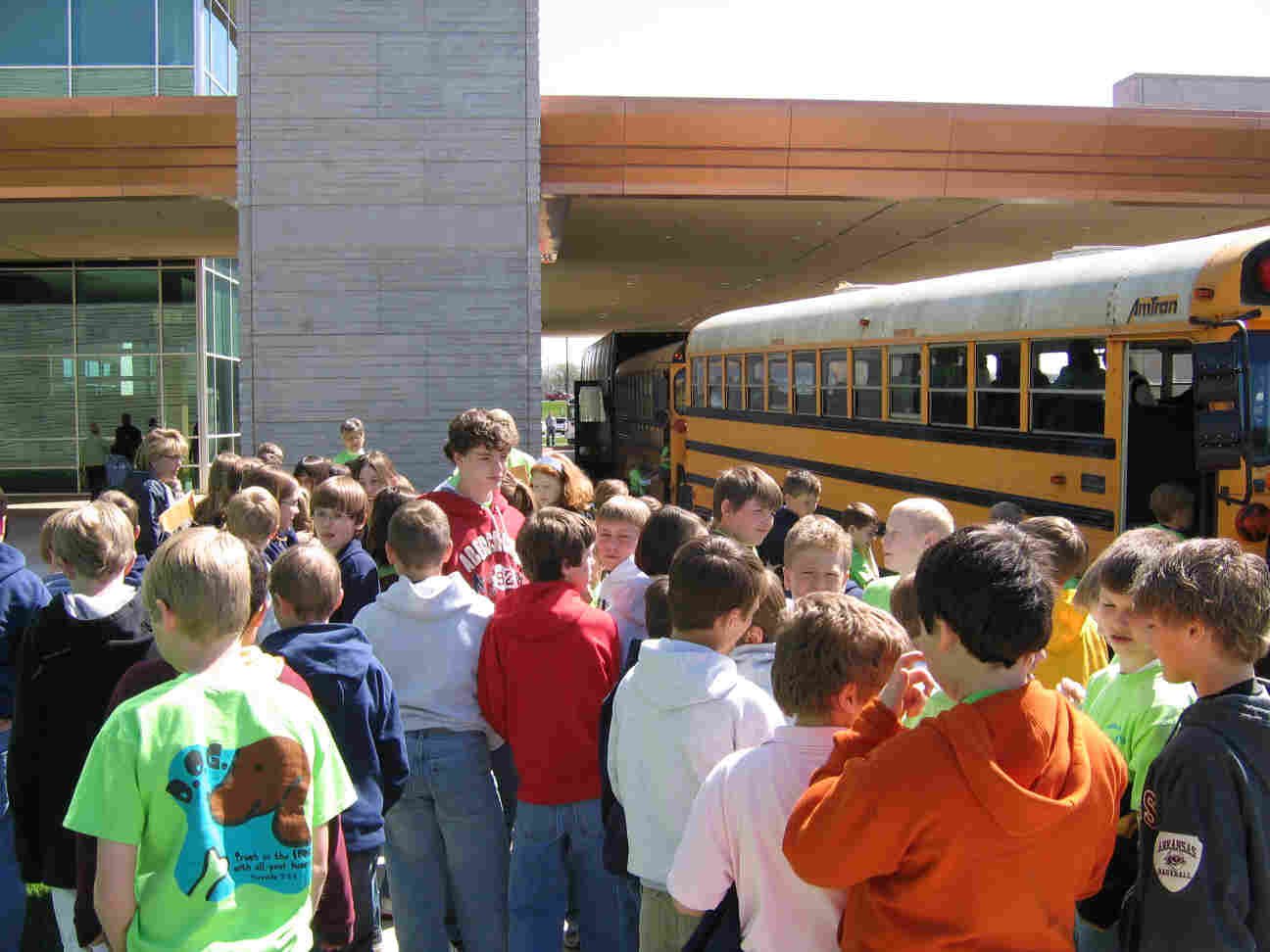 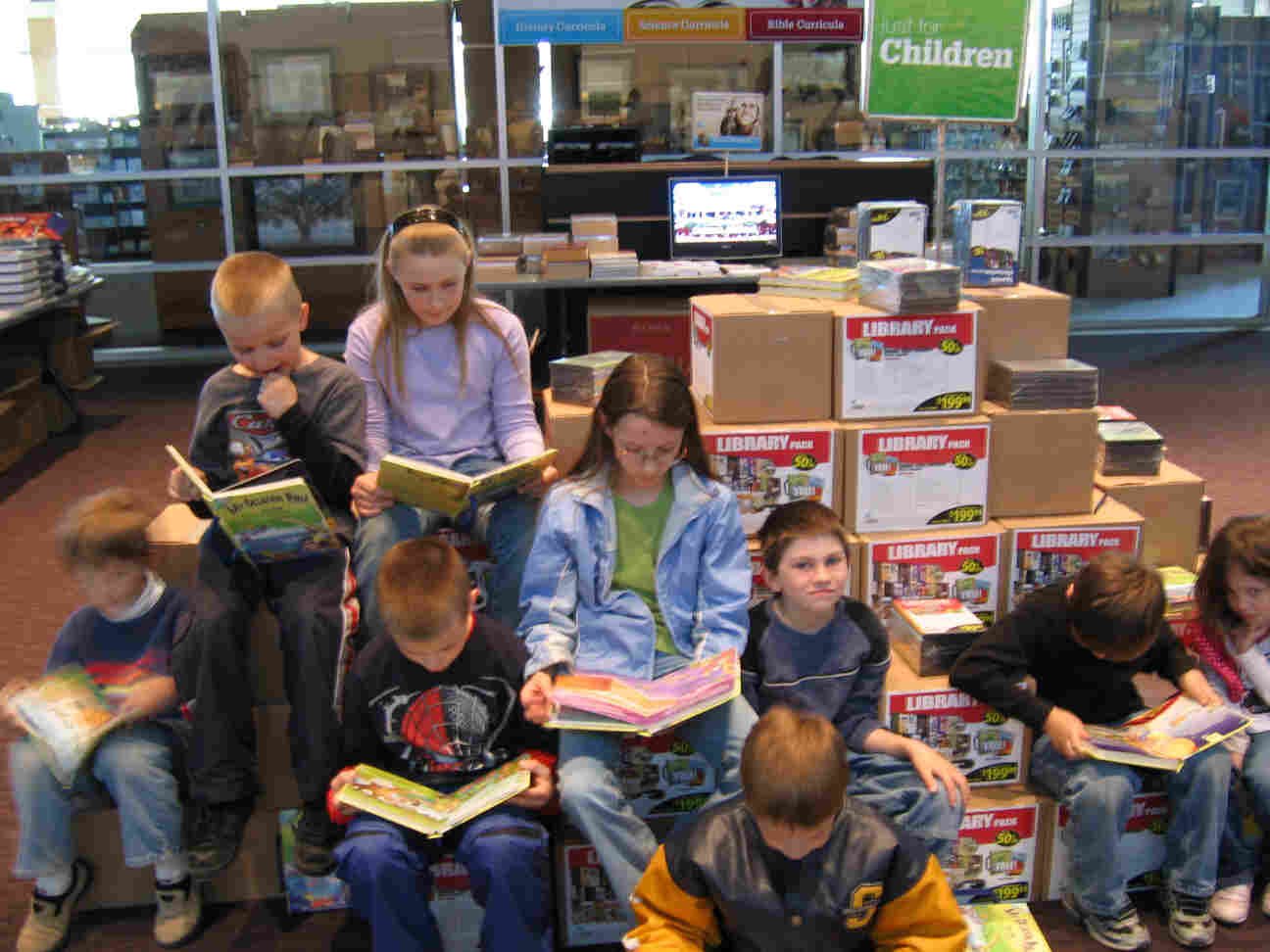 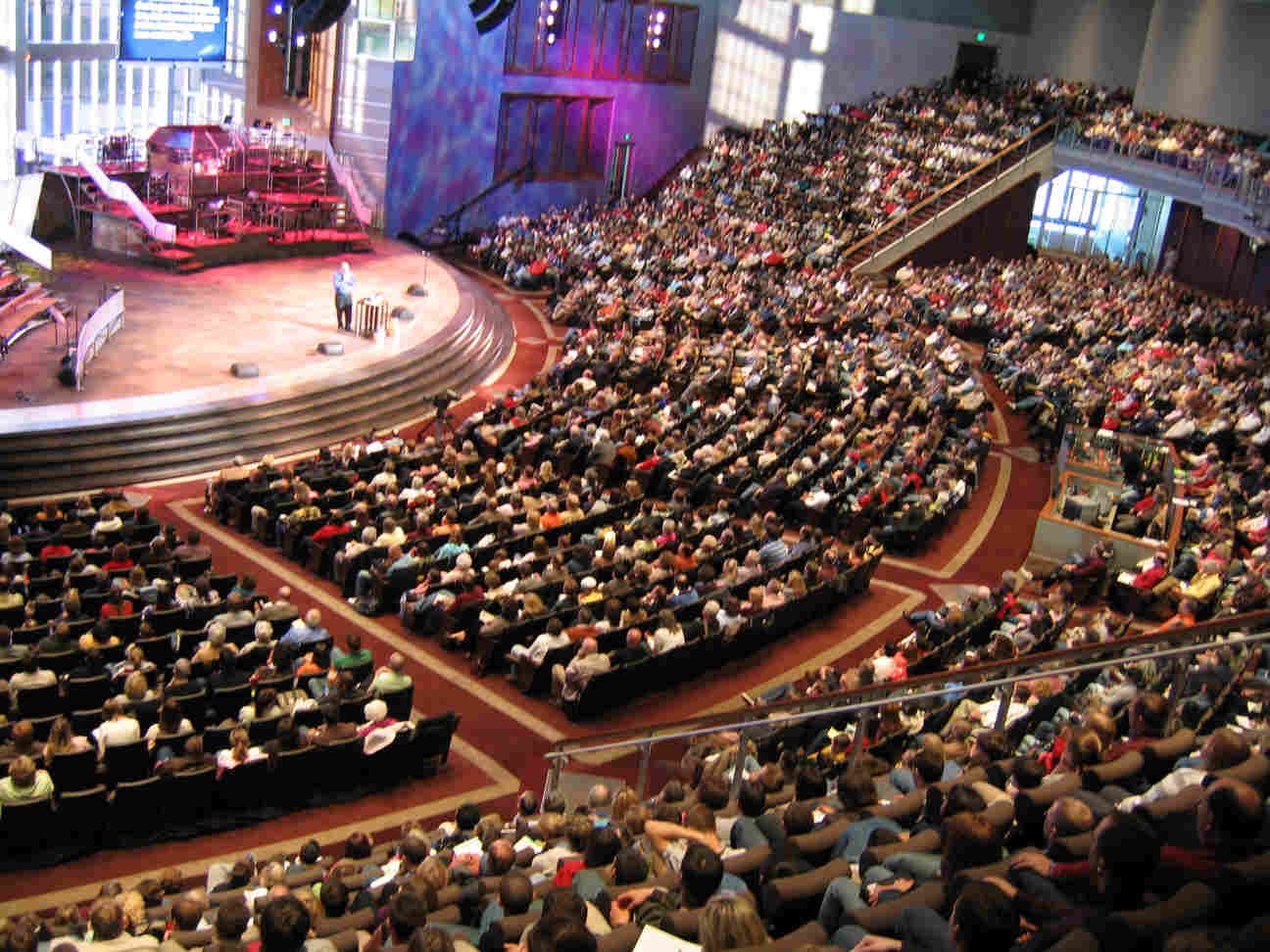 DON’T MISS EXPELLED (THE MOVIE) THIS WEEK IN THEATERS

If you receive our monthly Answers Update newsletter in the mail (if not, why not?), please be looking for our major article on the upcoming Expelled film. Our newsletter is arriving in homes right now. As I have written before on this blog, Expelled: No Intelligence Allowed is not a film about biblical creation. In fact, it is not so much a film even on the Intelligent Design Movement as much as it is an attempt to expose the ruthless tactics of evolutionists who will not allow another opinion in their academic settings. As much as anything, it shows how America’s freedoms are being eroded by a group of censors who will not tolerate anything that would challenge their evolutionary worldview.

Even with the serious topic, Expelled can actually be quite humorous at times, and part of that is the fact that it’s hosted by Ben Stein, who among his many careers has also been an actor and a quick-witted quiz-show host. The film is almost something of a personal journey for Stein himself, as a video crew followed him (even to Europe) as he interviewed leading scientists about the question of origins and worldviews. He ultimately comes to the conclusion that there must be a Creator in the universe (which he was inclined to believe anyway, given his Jewish background), and that the incredible design we see all around us points to that fact.

But what really gets Stein “going” in the film is when he interviews many scientists (including one evolutionist) who were expelled from their positions because they refused to toe the line regarding evolution. As a former civil rights attorney in the 1960s, Stein chafes at such discrimination. It is the exposure of such intolerance that gives the film its real punch, and because Stein is so intelligent, he can go with the flow of the filming and listen very intently to the evolutionists when they try to defend their worldview (as well defend the harsh actions against evolution dissenters), and then he follows up with great questions and counter arguments.

The film comes out this Friday (April 18). If you don’t see it in your local movie theater’s listings in your newspaper, please call the manager and urge him/her to carry this highly entertaining film. Get your pastor to see it as well, and perhaps he might consider booking out one of the showings for your church and any visitors you might want to bring to the theater.

You can read one of our reviews of Expelled (from March 31) by going here.

Last night at the final presentation of the AiG conference in Arkansas, the conference chairman announced to the audience which theaters were showing Expelled. One lady told me her family never go to movies—but she said they are going to go to see Expelled.

TEARS AFTER READING THE LIE

At the AiG conference in Arkansas last night, one young lady told me that she believed in evolution as a Christian, but while at college she came across a copy of my book The Lie—Evolution. She said she was in tears as she read through the book asking, “Why didn’t someone tell me this years ago?” She was so thankful the Lord led her to our resources as she now stands so confidently on the authority of the Word of God.

“The Bible is personal as coming directly from lips”

(Psa 17:4) Concerning the works of men, by the word of thy lips I have kept me from the paths of the destroyer.

Satan tempts & deceives us with “what is wrong with that?” but we are kept by exalting the Bible as coming directly from the lips of our precious Lord Jesus. Thanks for stopping by and thanks for praying.