Failure to Give Apologetic Answers

AiG speaker Dr. Terry Mortenson had some encouraging encounters (though sometimes sad—as in the testimony below from the mother admitting a failure to teach apologetics) at the AiG conference in Rogers, Arkansas, just concluded.

For instance, a mother approached Terry after his talk on the Flood. With sadness of heart, she told him that her son had just graduated from a secular university where he majored in geology, and as a result, he has almost rejected the faith. He’s now planning to get a PhD in geology. She wanted to know what resources we would recommend for him particularly. She told us that she had raised him to believe the Bible. But because of the seminar, she now saw that she had failed to give him the apologetic answers to defend his faith, and that is why he crumbled under the evolutionary-millions-of-years assault on his faith in the university.

We frequently encounter parents at AiG seminars who are grieved about similar things happening to their kids. That’s why the creation seminars and resources that AiG and other creation ministries provide are so vital in today’s world. We also encouraged people in Rogers to see the Expelled movie this coming weekend to better understand the nature of this massive worldview battle in our culture and around the world.

A girl told Terry on the last night, “I’m a student at a conservative seminary, and I’m almost in tears because I’m getting all kinds of compromised teaching on Genesis from my professors. What you are presenting at this conference is so helpful. Now I have some ammunition for these false ideas.”

Terry replied, “Just use it humbly!”

Another encouragement from the last night came from a lady who told one of our support staff that she and her husband brought their pagan neighbor to the lectures. In the car on the way to the church, he was asking all kinds of questions about astronomy, and the couple was a little concerned about how the night would go because it had been advertised beforehand that I would be speaking on creation evangelism and Terry would be speaking about ape-men.

But the day before, Terry had felt that the ape-men talk wasn’t the right one to give to this particular audience. So, he switched and gave the talk “Big Bang: Exploding the Myth.” The lady told our staff man at the end of the meeting that this talk had answered every question that their neighbor had asked in the car. Praise the Lord! He knew this man would be there and prompted Terry to do the talk he needed to hear.

I have enclosed a photograph of Terry being interviewed before the congregation in the First Baptist Church of Springdale (Arkansas) as a lead up to the AiG conference—the conference was held in the sister church (The Church of Pinnacle Hills). Both churches are pastored by Dr. Ronnie Floyd. 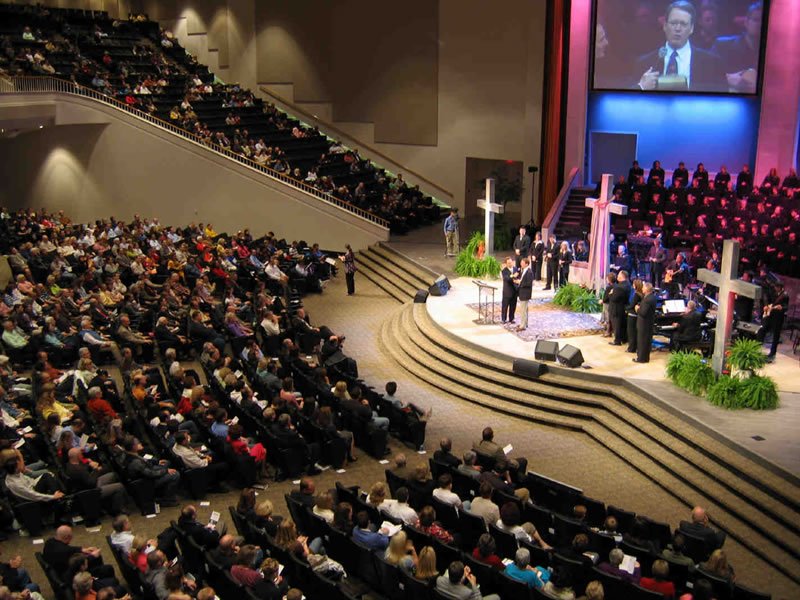 In a United Kigndom Guardian podcast (the Guardian is a major newspaper there), parts of an interview conducted with me during my recent visit to the U.K. can be heard. They interspersed parts of my interview with comments by the moderators and the live guests (James Randerson & Phillip Ball). Actually, Randerson did a surprisingly good job of summarizing my views when they cut in with the discussion at one point. Despite his personal skepticism, he did pick up one of the main points I make: one cannot cherry-pick the Bible and explain why. Very interesting . . . The section lasted about 10 minutes and gave our website address.

If you want to hear the section involving my interview, it is at 24:15 minutes (of a 37 minute broadcast) at this link: