The Most Important Verse in the Bible?

By the same token, Chapter 1 of Genesis is the foundational chapter of these first 11 chapters, since it summarizes the creation of the world and all things therein. Finally, Genesis 1:1 is the foundational verse of this foundational chapter, speaking of the primeval creation of the universe itself. It is the foundation of all foundations and thus could be said to be the most important verse in the Bible. It undoubtedly contains the first words ever written and, since it is the opening statement of the world’s most often printed book, these words are surely the most widely read words ever written. Most people in Western cultures at least start to read the Bible and, therefore, most people have read at least these opening words in the Bible, even if they never get any further. 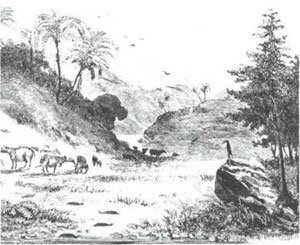 It has often been pointed out that, if a person really believes Genesis 1:1, he will not find it difficult to believe anything else recorded in the Bible. That is, if God really created all things, then He controls all things and can do all things.

Furthermore, this one verse refutes all of man's false philosophies concerning the origin and meaning of the world.

Actually, all such false philosophies are merely different ways of expressing the same belief. Each one proposes that there is no personal transcendent God, that ultimate reality is to be found in the eternal cosmos itself, and that the development of the universe into its present form is contingent solely upon the innate properties of its own components. In essence, each of the above philosophies embraces all the others. Dualism, for example, is a summary form of polytheism, which is the popular expression of pantheism, which presupposes materialism, which functions in terms of evolutionism, which finds its consummation in humanism, which culminates in atheism.

The entire system could well be called the system of atheistic evolutionary humanism. Other philosophical ideas could also be incorporated into the same monstrous structure—naturalism, uniformitarianism, deism, agnosticism, monism, determinism, pragmatism, and others. All are arrayed in opposition to the great truth—marvellously simple, and understandable by a child, yet inexhaustibly profound—that ‘in the beginning, God created the heaven and the earth.’

The entire system could well be called the system of atheistic evolutionary humanism.

It is remarkable that, when there have been so many anti-theistic philosophies, ancient and modern, affecting untold millions of people, the book of God makes no attempt to prove that God exists. The opening verse of Genesis simply takes this fact for granted, as though it were so obvious that only a fool could say ‘there is no God’(Psalm 14:1).

That this fact is not obvious, however, is seen in light of the contrary fact that only in the Bible does such a revelation appear. That is, all of the other ancient religious books and religious systems, as well as all modern philosophies, begin, not with God, but with pre-existing matter or energy in some form. In the primeval chaos (of water or fire or whatever), the forces of nature (or the gods and goddesses personifying them) then begin to bring about the cosmic changes which developed the world into its present form.

In spite of the universal prevalence of such pantheistic evolutionary cosmogonies among the nations of antiquity, the inspired account in Genesis does not attempt to refute them, or to prove the existence of the true God. The reason for this strange silence is, most likely, the fact that the Genesis account was written before any of these other systems developed. The others were developed later for the very purpose of combating and replacing the true account in Genesis. The latter had been written originally, possibly by God Himself (‘the generations of the heavens and of the earth,’ Genesis 2:4) soon after the Creation, setting forth in simple narrative form the actual events of Creation Week. At that point in time, there was no need to argue about the reality of God and the Creation, since no one doubted it!

It is vitally important, if we would ever really fully understand anything in the Bible, or in the world in general, that we first understand the teaching of Genesis 1:1. Consider, therefore, the words in this all-important declaration.

» ‘God’. This first occurrence of the divine name is the Hebrew Elohim, the name of God which stresses His majesty and omnipotence. This is the name used throughout the first chapter of Genesis. The ‘im’ ending is the Hebrew plural ending, so that Elohim can actually mean ‘gods’, and is so translated in various passages referring to the gods of the heathen (for example, Psalm 96:5).

However, it is clearly used here in the singular, as the mighty name of God the Creator, the first of more than 2,000 times in which it is used in this way. Thus Elohim is a plural name with a singular meaning, a ‘uni-plural’ noun, thereby suggesting the uni-plurality of the Godhead. God is one, yet more than one.

» ‘Created’. This is the remarkable word bara, used always only of the work of God. Only God can create—that is, call into existence that which had no existence. He ‘calleth those things which be not as though they were’ (Romans 4:17). ‘The worlds were framed by the Word of God, so that things which are seen were not made of things which do appear’ (Hebrews 11:3).

Men can ‘make’ things or ‘form’ things, but they cannot create things. God also can ‘make’ and ‘form’ things (Hebrew asah and yatsar, respectively), and do so far more effectively and quickly than man can do. The work of creation, however, is uniquely a work of God. The work of making and forming consists of organizing already existing materials into more complex systems, whereas the act of creation is that of speaking into existence something whose materials had no existence before, except in the mind and power of God.

The use of this word here in Genesis 1:1 informs us that, at this point, the physical universe was spoken into existence by God. It had no existence prior to this primeval creative act of God. God alone is infinite and eternal. He is also omnipotent, so that it was possible for Him to call the universe into being. Although it is impossible for us to comprehend fully this concept of an eternal transcendent God, the only alternative is the concept of an eternal self-existing universe, and this concept is also incomprehensible.

Eternal God or eternal matter—that is the choice. The latter is an impossibility if the present scientific law of cause-and-effect is valid, since random particles of matter could not, by themselves, generate a complex, orderly, intelligible universe, not to mention living persons capable of applying intelligence to the understanding of the complex order of the universe. A personal God is the only adequate Cause to produce such effects.