Many of the Bible’s statements about astronomy went against the generally accepted teachings of the past. Modern science, however, has confirmed what the Bible has taught. 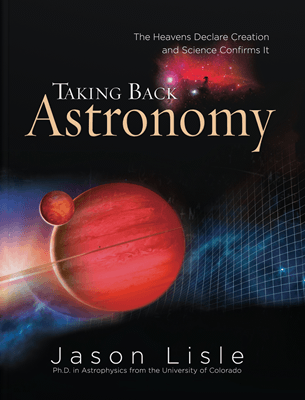 Editor’s note: this article is adapted from a chapter of Dr. Lisle’s new book, Taking Back Astronomy. While some people consider astronomy to be a weak area of creation-origins study, this fascinating just-released book contains enough intriguing content to cause even the most hard-hearted of our day to stop and consider the book’s eye-opening findings.

It is not commonly known that many of the Bible’s statements about astronomy went against the generally accepted teachings of the time. Undoubtedly, many of these verses would have seemed counterintuitive, and may have been difficult to believe when they were first written.

Modern science, however, has confirmed what the Bible has taught. As in all things, the Bible is absolutely correct when it teaches about the universe.

The earth is round

Consider Isaiah 40:22 which mentions the “circle of the earth.” This description is certainly fitting—particularly when the earth is viewed from space; the earth always appears as a circle, since it is round.

Curiously, many astronomy textbooks credit Pythagoras (c. 570–500 B.C.) with being the first person to assert that the earth is round. However, Isaiah is generally acknowledged to have been written in the 700s B.C.

The secular astronomers before the time of Pythagoras must have thought the Bible was wrong about its teaching of a round earth, yet the Bible was exactly right.

The earth floats in space

A very interesting verse to consider is Job 26:7 which states that God “hangs the earth on nothing.” This verse expresses (in a poetic way) the fact that the earth is unsupported by any other object—something quite unnatural for ancient writers to imagine.

Indeed, the earth does float in space. We now have pictures of the earth taken from space that show it floating in the cosmic void.

The Bible indicates in several places that the universe has been “stretched out” or expanded. For example, Isaiah 40:22 teaches that God “stretches out the heavens like a curtain, and spreads them out like a tent to dwell in.” This would suggest that the universe has actually increased in size since its creation. God has stretched it out. He has expanded it (and is perhaps still expanding it).

This verse, too, must have seemed very strange when it was first written.

In fact, secular scientists once believed that the universe was eternal and unchanging. The idea of an expanding universe would have been considered nonsense to most scientists of the past. It must have been tempting for Christians to reject what the Bible teaches about the expansion of the universe. Perhaps some Christians tried to “reinterpret” Isaiah 40:22, and read it in an unnatural way so that they wouldn’t have to believe in an expanding universe.

When the world believes one thing, and the Bible teaches another, it is always tempting to think that God got the details wrong, but God is never wrong. Today, most astronomers acknowledge that the universe is indeed expanding.

The number of stars

Genesis 22:17 teaches that God would multiply Abraham’s descendants “as the stars of the heaven, and as the sand which is on the sea shore.” Genesis 32:12 makes it clear that this represents a number which is uncountable by humans: “the sand of the sea, which cannot be numbered for multitude.”

These are excellent analogies. Clearly the sand of the sea and the stars in the universe cannot be counted exactly by humans, though of course, they can be roughly estimated.

It was not always believed that the stars were so numerous. The astronomer Claudius Ptolemy (A.D. 150) cataloged 1,022 stars in his work The Almagest.

The total number of stars that can be distinctly seen (from both hemispheres under ideal, dark sky conditions) with the unaided eye is around 10,000.

Powerful telescopes today allow us to estimate that our single galaxy alone contains over 100 billion stars. And astronomers believe that there are more galaxies in the visible universe than there are stars in our own galaxy. Modern science certainly confirms Genesis 22:17.

Today, the reliability of the Bible is increasingly attacked. Can we really trust it in our modern age of technology and science?

As we have seen, science is not an enemy of the Bible. On the contrary, modern science has already confirmed much of what the Bible teaches about astronomy. Many of the biblical teachings are now accepted in science textbooks.

As AiG President Ken Ham has written so often (and which is the theme of the year for AiG in 2006), Christians need to take back those fields of science, like astronomy, which have been hijacked by evolutionists in order to promote their secular worldview.

Previous Article From Frustration to Blessing! Next Article Are You Producing “Primitives”?