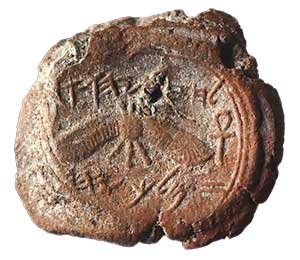 The past few decades of biblical archaeology have been characterized by what’s called a minimalist view of the Bible. Only a minimal number of events recorded in the Old Testament are treated as reliable history. That anti-Bible mindset is now being increasingly challenged.

Last year, in a dump site near the walls of the old city of Jerusalem, archaeologists discovered a clay seal from the eighth century B.C. used by King Hezekiah of Judah to sign documents. The “bulla” is the first such seal discovered by archaeologists. According to 2 Kings 18:5, “after him [Hezekiah] was none like him among all the kings of Judah, nor who were before him.”

Previous Article A Replacement for Pluto? Next Article Let There Be Truth