A Replacement for Pluto?

Pluto has lost its planetary status, but astronomers believe they may have found a replacement. Well, they haven’t actually found it, but they’ve deduced its existence. Maybe.

Since 2003, astronomers have discovered several Pluto-size bodies in highly elliptical orbits beyond Neptune, dubbed Kuiper Belt Objects (KBOs) or Trans-Neptunian Objects (TNOs). Several of these TNOs show a remarkable similarity. Although their orbits vary significantly, they all come closest to the sun (perihelion) about the same place. The probability of this clustering by coincidence is very low.

Enter the ninth planet. In a paper published in The Astronomical Journal, two astronomers have proposed that the gravitational influence of a hypothetical ninth planet could accumulate to place these TNOs into this unusual alignment. The ninth planet would have to be at least ten times as massive as earth. It would orbit an average distance of approximately 700 times the earth’s distance from the sun. However, its orbit would be very elliptical, quite unlike any other planet.

But don’t get too excited. Although the math seems to work out well, no planet has actually been discovered. Furthermore, this explanation requires millions of years to perturb the TNOs into their present orientation. From God’s Word, we understand that the world is only thousands, not millions, of years old.

For those who still fret over Pluto’s demotion, this potential new planet could restore the order they once knew. But it is more likely that astronomers will never find “Planet X” and it will fade into oblivion. 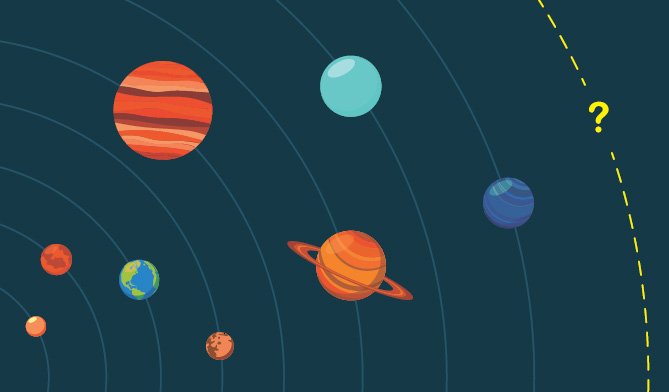